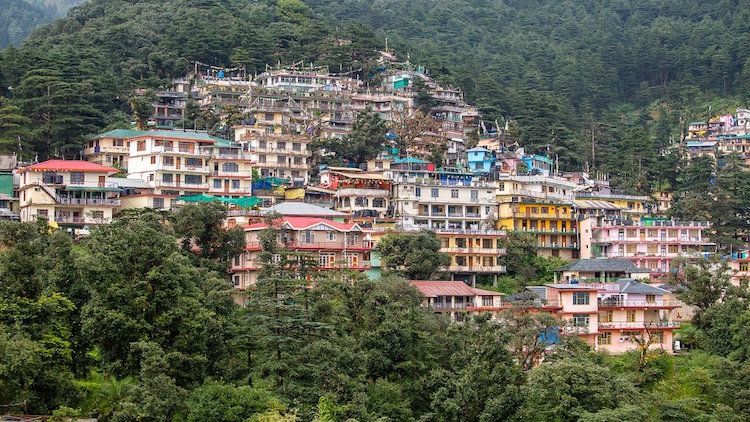 By Neeta Lal/thethirdpole.net During the virtual celebration of World Environment Day on June 5, Prakash Javadekar, India’s minister for environment, forests and climate change, launched the Nagar Van project. The scheme aims to create urban forest cover in 200 cities across the country in the next five years.
Also Read:
UP, Bihar, Madhya Pradesh and Rajasthan Lead In Violence Against Dalits

Oddly enough, in 2016 Javadekar launched the exact same scheme at a commemorative function at the Sanjay Gandhi National Park in Borivali, Mumbai. None of the experts The Third Pole’s correspondent spoke to were aware of any progress on the scheme. Nor is any government data available on what goals were achieved on planting “200 city forests” between 2016 and 2020. Despite the lack of progress, there is no denying the benefits of urban forests and the critical role they play in augmenting city life. Trees help moderate temperatures in cities, where heat radiated from concrete buildings and roads makes them warmer than the surrounding countryside, in a phenomenon called the urban heat island effect. They also whittle down levels of ozone, sulphur dioxide and particulate matter; remove large quantities of carbon dioxide from the atmosphere; and release oxygen. Metropolises worldwide are thus increasingly creating urban forests. Seoul, Singapore and Bangkok have built green corridors that provide space for nature and wildlife while improving the lives of city dwellers. Such initiatives are imperative given cities will host 68% of the world’s population by 2050, according to the United Nations. Urban green spaces under threat Unfortunately, right now in India even existing urban green spaces are under threat. In October 2019, Aarey Milk Colony in suburban Mumbai, known as the city’s ‘green lung’, was caught in a raucous nationwide debate about ecology versus infrastructure projects. This was in response to a plan that involved Mumbai Metro Rail Corporation cutting down 3,000 trees in the area to pave the way for a train depot. According to a scientific report, the site is home to 86 species of butterflies, 90 species of spiders, 46 species of reptiles, 34 species of wildflower and nine leopards. Despite public outrage, by the time the Supreme Court intervened the Maharashtra government and Mumbai Metro had cut down enough trees to clear the land required. In the southern city of Bengaluru, once known as India’s greenest city, the Bengaluru Development Authority has ravaged urban forests by building in them. The Turahalli forest in southern Bengaluru is being saved from garbage dumping and vandalism thanks to legal action initiated by the Environmental Support Group (ESG), a pan-India advocacy forum. ESG has also teamed up with the Karnataka Forest Department to turn Turahalli into a space where bouldering/climbing, birdwatching, natural history study trails can continue unimpeded without encroachments. According to Chetan Agarwal, senior fellow at NGO the Centre for Ecology Development and Research, the biggest challenge in India is earmarking land for urban forests. There are competing claims on land from housing, industry, commercial areas that generate revenue, as well as public infrastructure such as roads and water works. “There is little understanding or appreciation of the value of forests as green zones and as natural infrastructure that provides ecosystem services to city residents like clean air, groundwater recharge, flood control buffers, wildlife habitat and natural recreational areas. Forest departments, which have this understanding, often have little clout in the town planning departments of states and cities and with the ministers that run these ‘cash-cow’ departments, that ultimately drive the land-use decisions in cities and towns,” explained Agarwal. Understanding city and forest planning As for Javadekar’s Nagar Van project, Agarwal said there is a need to ask the 200 cities identified by the Ministry of Environment, Forest and Climate Change (MoEFCC) to benchmark the current level of forests in and around the area – in acre terms and in per capita terms – and then ensure that they meet the minimum standards. He said the ministry should also plan to increase aggregate area and per capita area under forests in urban masterplans and land-use plans. The MoEFCC must mandate that city masterplans and regional plans undergo mandatory strategic environment assessments. This will help plan cities that conserve and enhance their limited environmental resources and make them more habitable, he added. “Another strategy,” suggested Agarwal, “is to identify common lands in villages near city boundaries and earmark them for forests, so that by the time the city catches up with these areas, they have already been reserved for forests.” Some environmentalists suggest that policymakers need to look at environment zoning mandates used in regional plans in India. The Regional Plan for the Delhi National Capital Region (NCR) mandates a 10% forest area in the NCR and has a zoning category called a Natural Conservation Zone. The latter requires them to be protected and restricts construction in the Aravalli hills, forests, water bodies and riverbeds. For full story, go to thethirdpole.net