Can The Himalayan Region Go Green As Economies Flounder? 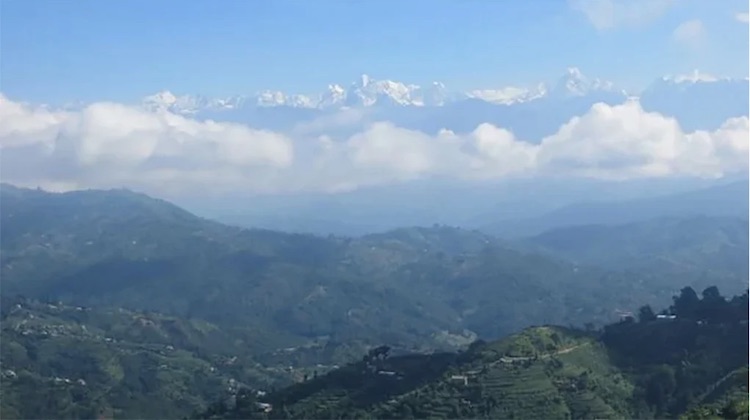 By Ramesh Bhushal/thethirdpole.net The countries of the Hindu Kush Himalayan region were experiencing a spurt of decent growth over the last few years – until the Covid-19 pandemic hit. Last year, the Asian Development Bank had predicted that continued annual growth of 7% on average will double the size of south Asian economies in the next 10 years. But now that is all in the past. Among the HKH countries, Afghanistan (-5.5%), India (-3.2%) and Pakistan (-2.6%) are expected to have negative GDP growth in 2020, while others are projected to have very small positive GDP growth, ranging from 1.0% in China to 1.8% in Nepal. Also Read: Journalist Shot By Miscreants In Ghaziabad, Dies

The pandemic has not only slowed down economic growth, it has caused unprecedented social disruptions – especially for the poor and marginalised – that are likely to deepen inequality gaps. An analysis report released by the International Centre for Integrated Mountain Development (ICIMOD), a regional intergovernmental organisation based in Kathmandu, has urged governments in the region to keep environmental sustainability as a central tenet in all recovery pathways and long term response to the virus. “We will get a vaccine for Covid-19 sooner or later but climate change doesn’t have that luxury. So, [the] response trajectory of the pandemic should have emphasis on ecosystem health along with individual health which would help to foster better future of the region as a whole,” said Eklabya Sharma, Deputy Director General at ICIMOD. The HKH region has been heating up faster than most of the rest of the world because of elevation dependent warming. Over the past six decades, the mean temperature in the HKH has increased at a rate of 0.2 degrees Celsius per decade. A 1.5 C increase in global temperature would result in a 2.1 C degree increase in temperature by the end of the century. Lowered human activity due to lockdowns has led to some relief for ecosystems, but even these come with a catch. “Above average snow accumulation of ~20% has been observed in the ten major river basins compared to the 2003-2019 average. The snowmelt slowdown due to reduced anthropogenic activities during the lockdown could lead to excessive melting in summer which may exacerbate flood-like disasters,” reads ICIMOD’s report. It has been projected that global carbon dioxide emissions will decline by 8% in 2020 due to lockdowns but past experience shows that there are rapid upsurges in the following years after an economic crisis (CO2 emissions grew by 5.9% after the 2008-2009 financial crisis). “Such emission peaks are of concern, especially when larger economies like China have increased their oil imports by 5% due to the fall in global prices,” added Sharma. The region is likely to have low inflation in 2020 due to lower global oil prices. Oil imports account for large external expenses for the countries of the region. According to the report except Pakistan (11.1%), all other HKH countries are expected to have a low level of inflation (3.0% in China to 6.7% in Nepal) in 2020, which is comparable to 2019 inflation rates. “In the short-term, reduced oil prices would bring down the production costs but if that becomes an incentive for the industries more and more dirty fuel would be consumed putting climate action into risk which is of serious concern for the mountains. So, investments in renewable energy should be a priority to keep climate actions on track,” Sharma said. In addition, the poverty consequences of the pandemic will also necessarily make clean fuel such as liquefied petroleum gas (LPG) and electricity less affordable for households. “To meet energy needs, poor people may use more biomass fuels, subsequently increasing their exposure to indoor air pollution,” the report added. It is predicted that over half of the additional poor due to pandemic will be in South Asia, many in the mountainous regions, which are generally poorer than the rest. A recent study by UNU-WIDER estimated contraction rates at 5%, 10% and 20%, at poverty being measured at USD 1.9 per day, USD 3.2 per day, and USD 5.5 per day. South Asia would account for 48.1% to 52.5% of the new poor in this scenario. The numbers are not small. A 5% contraction would lead to 80-140 million new poor across the world (depending on the poverty line of USD 1.9, 3.2, or 5.5). A 10% contraction would mean 180-280 million new poor, and a 20% contraction would mean 420-580 million new poor. While the study has important limitations, even as educated guesses such numbers are scary, reversing a decade of growth.    For full story, go to thethirdpole.net
TAGS coronavirus South Asian economies Asian Development Bank COVID-19 pandemic Hindu Kush Himalayan region Himalayan cities Himalayan rivers Himalayan village

By Sidharth Pandey 30 minutes ago