Hurricane Ida was designated as a Category 4 storm and claimed 71 lives across 8 US states along the Atlantic coast, leaving behind at least $80 billion worth of damages in all, as estimated by AccuWeather. White House Press Secretary Jen Psaki said that “Just over the summer, 100 million Americans have been impacted by extreme weather, obviously in the Northeast, out West with wildfires, and then in the Gulf Coast”. 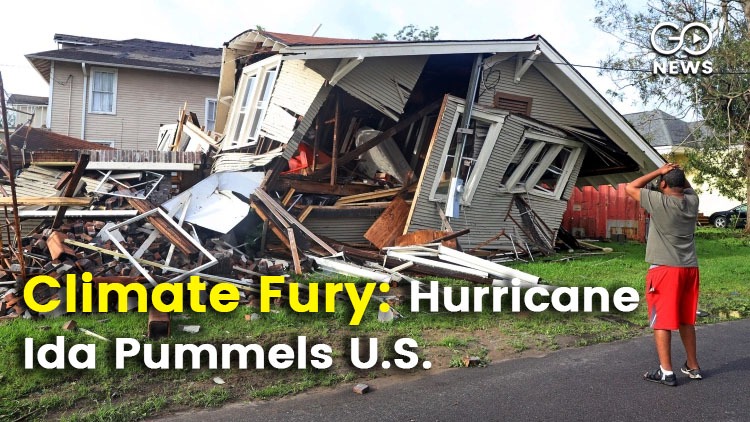 Hurricane Ida, which made landfall in the US State of Louisiana on August 29, has left a trail of destruction in its wake. As the storm slowed down with further inland movement, the losses of lives, property, and businesses once again indicated the severity of the climate crisis.
Also Read:
India's Gold and Jewellery Imports Boom Contributing to Trade Deficit in August

The World Metrological Organization in its 2021 report on mortality and damages from extreme weather events stated that the number of such disasters and the subsequent costs to communities and economies are at their highest point since the 1970s. Flash floods in Tennessee on August 21, 2021 killed 22 people. The Atlantic hurricane cycle in 2020 costed $51 billion in damages and killed upwards of 400 people. 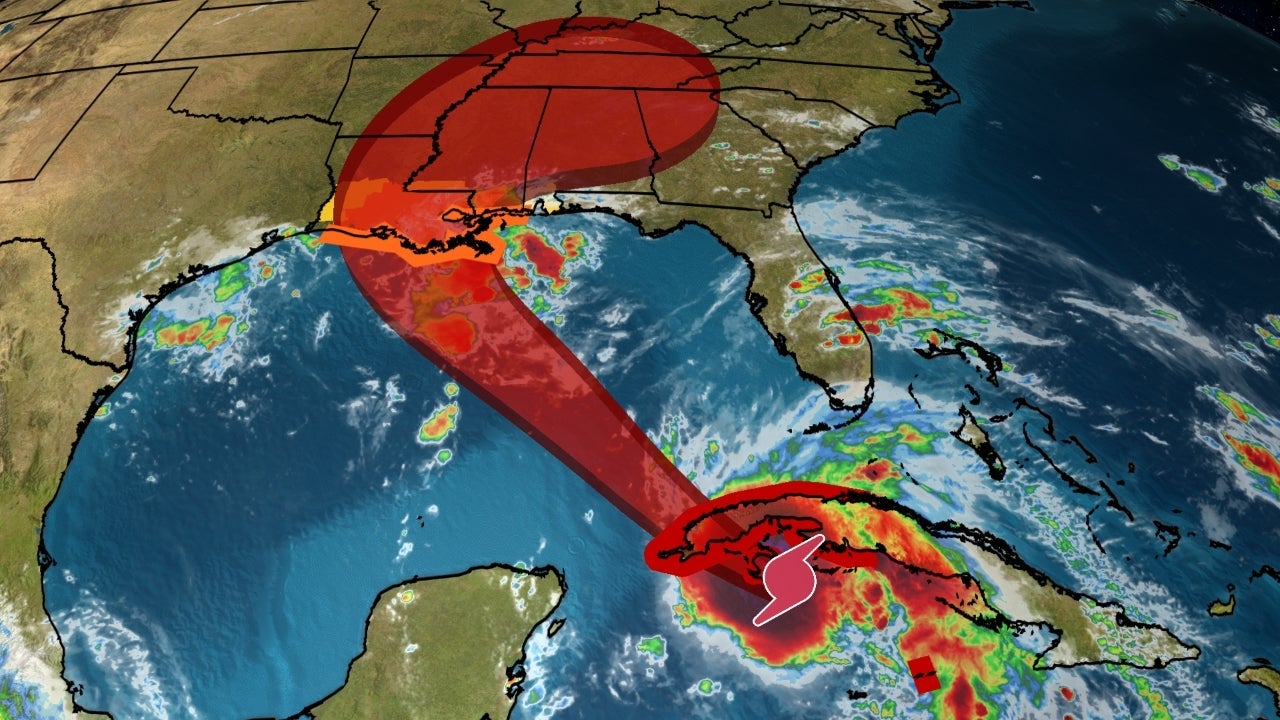 The Path Of Hurricane Ida. 8 States Along The U.S. East Coast Have Been Affected About 1 million people in Louisiana were reported to have lost power due to the storm. Power company Entergy says that 3,22,000 people in Louisiana are without power, and 55,000 in Mississippi. However, most consumers in these states have had their power restored. On Monday, a section of Highway 26 in Lucedale, Mississippi collapsed which killed 2 commuters and injured 10. 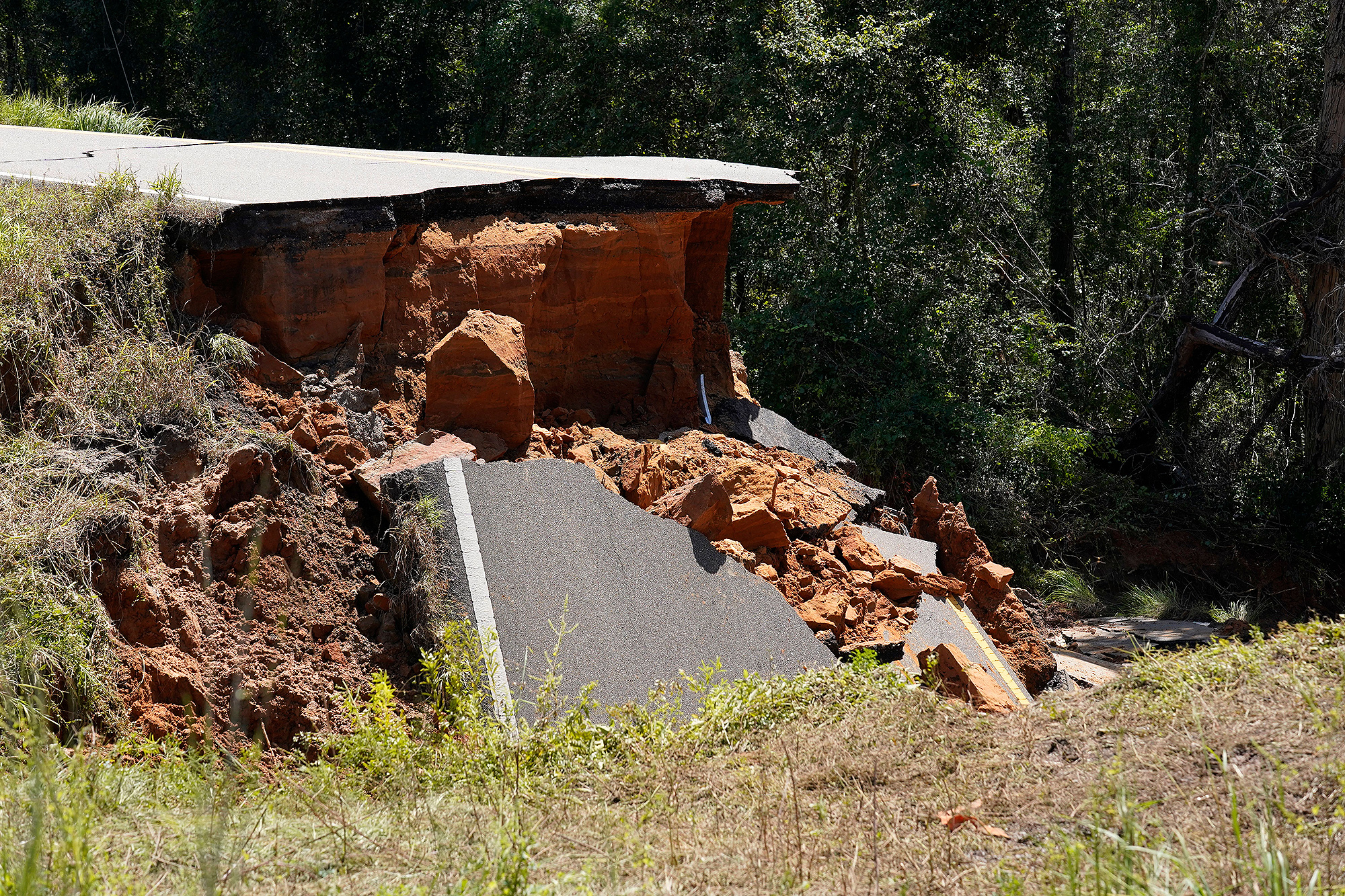 The Collapsed Section Of The Highway  Hurricane Ida was designated as a Category 4 storm and claimed 71 lives across 8 US states along the Atlantic coast, leaving behind at least $80 billion worth of damages in all, as estimated by AccuWeather. White House Press Secretary Jen Psaki said that “Just over the summer, 100 million Americans have been impacted by extreme weather, obviously in the Northeast, out West with wildfires, and then in the Gulf Coast”. While on a tour in the areas affected by the Hurricane Ida, President Joe Biden said in Queens, New York that “People are beginning to realize this is much, much bigger than anyone was willing to believe” and “Even the climate skeptics are seeing that this really does matter.” 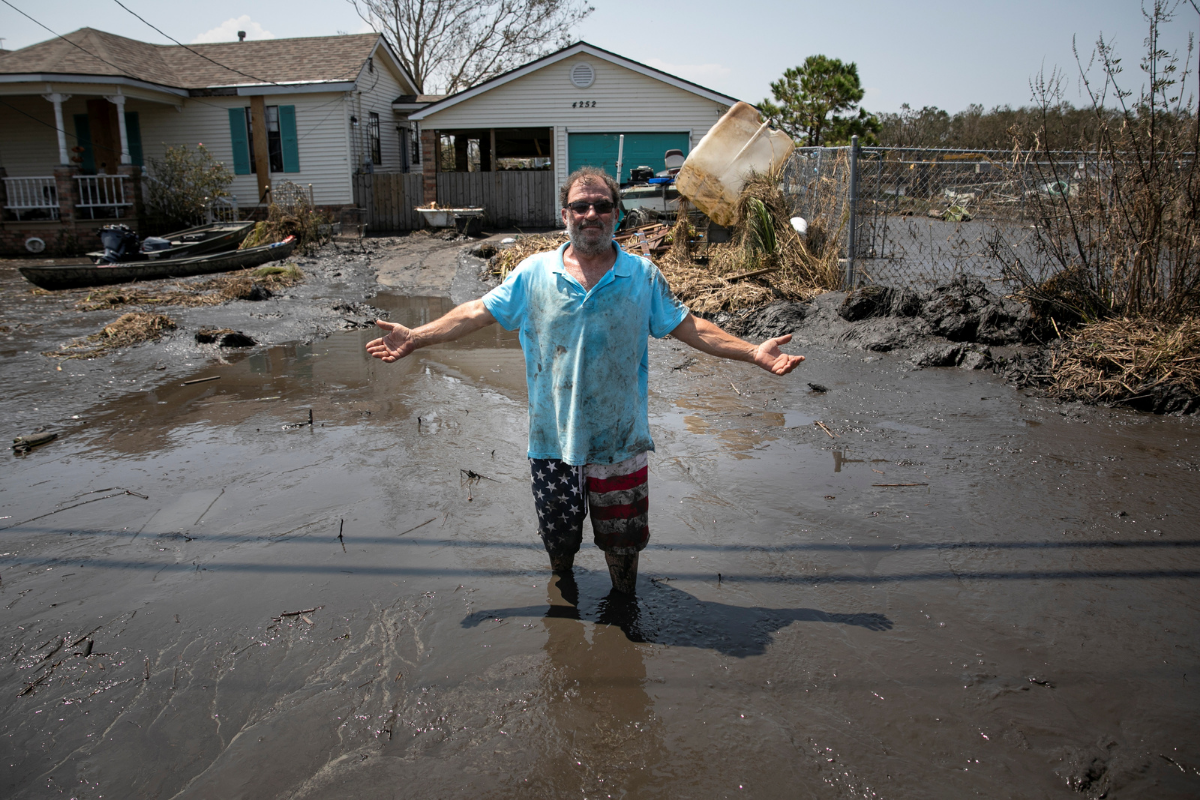 Damage Done To Property By The Storm  The hurricane has also caused immense economic losses to the U.S. Gulf Coast region which has a significant base of offshore oil and fossil fuel-based companies. It is a depiction of the circularity of human effects on climate change, as the fossil fuel industry is one of the major contributors to global warming. The damages caused to the offshore oil and gas industry in the region is the worst recorded in 16 years since the devastating Hurricane Katrina in 2005. The Guardian has reported that 88% of the region’s offshore oil production remains shut, more than 100 production platforms are unoccupied. 1.8 million barrels, i.e., 16% of the U.S.’s daily output, is produced from the Gulf of Mexico offshore region. Reuters has quoted energy analysts as saying that 17.5 million barrels have been lost, and that the total US output this year could be reduced by 30 million barrels due to the hurricane. The US Coast Guard said it is investigating around 350 cases of oil spills in the region. These incidents have an adverse effect on marine life as well. 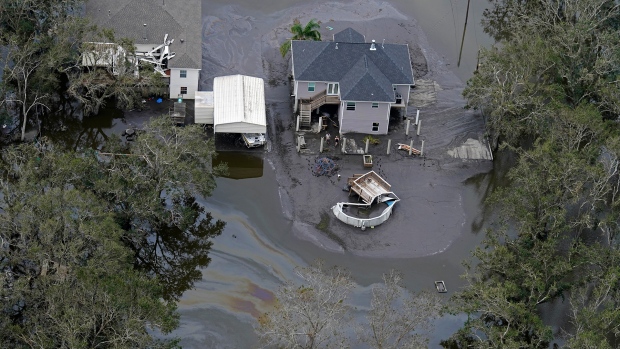 Aerial View Of Oil Spills In The Gulf Coast Region Caused By Hurricane Ida  The “Green New Deal” is a policy introduced by Democratic Congresswoman Alexandria Ocasio-Cortez that prominently features energy infrastructure’s transition away from fossil fuels. She tweeted in context of flooding in New York caused by Hurricane Ida: “Experiencing all this flooding in NYC right now and thinking about all the politicians who told me that pursuing a Green New Deal to adapt our nat’l infrastructure to climate change is ‘unrelasitic’ & ‘too expensive’. As if doing too little is the responsible, adult thing to do?” Climate Central, an independent US-based research organization, reported its findings in December 2020 that “New Jersey (6,825 units), New York (5,293 units), and Massachusetts (4,818 units) have the highest numbers of affordable housing units projected to be at risk of coastal flooding at least once in a typical year by 2050”. All three states are situated on the Atlantic Coast where Hurricane Ida has struck. It also said that “several states are projected to see steep percentage increases in the affordable housing exposed to coastal flooding by 2050, including Virginia (273% increase to 1,473 units), Florida (774% increase to 963 units), and Connecticut (344% increase to 695 units)”. This shows that effective climate action is also linked to economic justice. Poorer communities and countries within national borders and on a global scale disproportionately face the brunt of climate change. Urgent policy interventions are therefore required without ado. 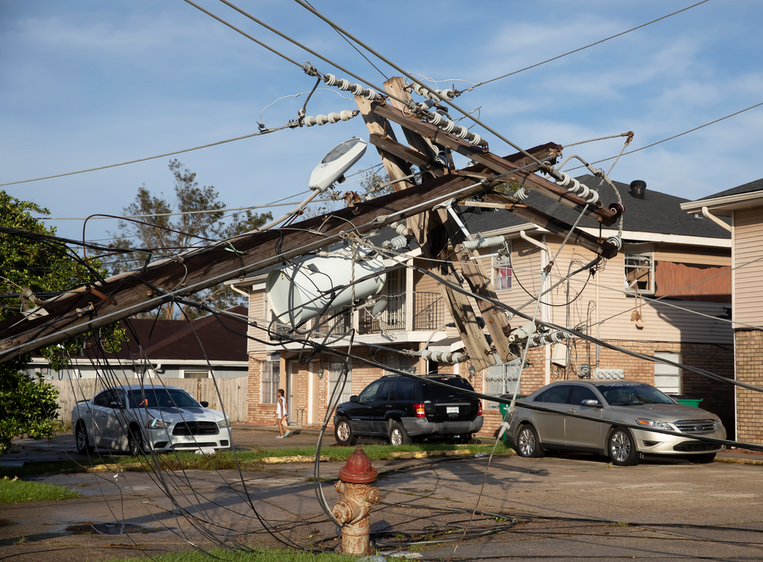 Power Lines Brought Down By The Hurricane