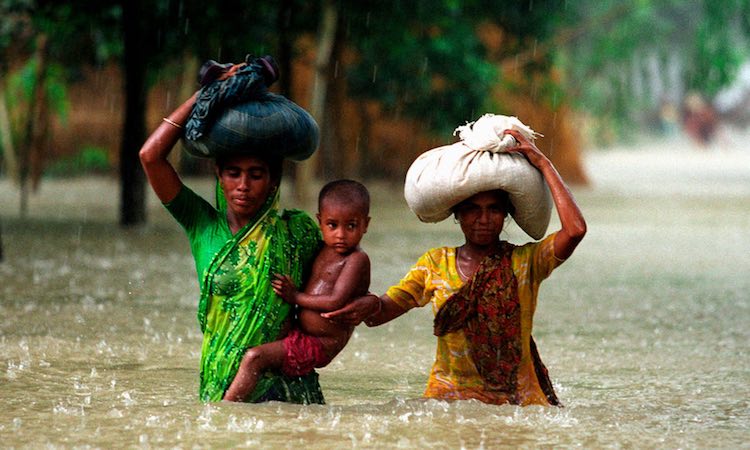 Between 2000 and 2019, over 7,000 disasters were recorded worldwide, an 83% rise on the previous two decades. There was a 134% increase in the number of floods and a 232% rise in extreme temperature events. The number of people affected increased by 21% and the economic costs rose 82%. As far back as 2012, the Intergovernmental Panel on Climate Change said that climate change was making disasters more frequent and more intense. “In a world that is currently 1.2 degrees Celsius warmer, humanitarian workers are struggling to keep pace with the rising number of climate-related disasters and the dramatic rise in humanitarian needs,” said Hansjoerg Strohmeyer, policy director of the UN Office for the Coordination of Humanitarian Affairs (UNOCHA), speaking at the UN climate summit COP26 in Glasgow last month.
Also Read:
Omicron Variant Update: New Case in Maldives, 100 Missing IN Maharashtra Stoke New Fears

He added: “A 1.5C temperature increase would test the current humanitarian system to its limits. A rise of 2.7C, our current trajectory, or beyond would lead to a runaway global humanitarian crisis, the sheer magnitude of which would seriously threaten the system’s collapse.” In the 15 countries most vulnerable and least ready to adapt to the climate crisis according to a ranking by the University of Notre Dame, the numbers of both climate-related disasters and affected people increased by over 100% in the first two decades of this millennium compared to the previous two decades. In 2020, disasters triggered more than 30.7 million new recorded internal displacements, 98% of which resulted from climate-related events, Strohmeyer said. The risk of disaster-related displacement has quadrupled since the 1970s, and climate shocks caused an estimated average of 23.1 million displacements every year between 2010 to 2019, according to the Internal Displacement Monitoring Centre. Extreme weather was one of the three main drivers of acute food insecurity, alongside conflict/insecurity and economic shocks in 2020. It drove hunger in 15.7 million people in 15 countries, according to the World Food Programme. A 2C rise in global average temperature would tip 189 million additional people into food crisis. In a 4C scenario, that number would reach 1.8 billion. The changing climate threatens to undermine the past 50 years of public health progress, disrupting the wellbeing of communities and the foundations on which health systems are built. Within this decade, climate change could cause around 250,000 additional deaths annually from childhood undernutrition, malaria, diarrhoea and heat exposure in elderly people, according to the World Health Organization. A forthcoming report by OCHA says that current risk projections show countries in East Asia are most at risk of future tropical cyclones, Strohmeyer said, while countries in Latin America and Southeast Asia are most at risk of extreme floods. Nearly all world regions will be at risk of severe droughts by 2050, with about 25% of countries at extreme risk. OCHA recommendations: the necessary next steps Hansjoerg Strohmeyer, policy director of UN OCHA, called for “five key transformational shifts in our thinking and actions”. 1. Act and invest early “Improve and mainstream early warning systems and anticipatory action. Ramp up and prioritise integrated preparedness actions. Provide readily available, predictable, flexible and sustainable financing. Integrate and sequence climate resources, risk financing and insurance models with the overall financing approach to a context.” 2. Longer-term action towards common objectives “Factor climate risks into all stages of the humanitarian programme cycle and other longer-term planning frameworks; make them compound with each other. Increase programmes that support community resilience, including through social protection, livelihoods, or basic services programming. Provide and scale-up multi-year, flexible funding and financing approaches that address immediate and longer-term needs to achieve common objectives.” 3. Act together and be connected “Integrate engagement of aid providers, local actors and other partners around shared risk analysis and common objectives. Increase the use of pooled funds, risk financing, and other mechanisms to incentivise cooperation and integration. Build platforms to connect and convene local, national, regional and international actors.” 4. Act inclusively and do no harm “Integrate human rights norms in climate actions. Design programmes to target the most vulnerable people and rectify discriminatory practices and power imbalances. Systemically integrate historical knowledge, lived experiences and feedback from affected communities into humanitarian decision-making, planning and programming. Encourage donors, financial institutions and aid organisations to invest more directly into local and affected communities.” 5. Share information by acting as ‘translators’ of analysis, research and solutions “Connect local communities and decision-makers to climate science and knowledge about risks and impacts. Actively and systemically facilitate discourse among local communities, decision-makers, and the private sector on local priorities, solutions and evidence on impacts. Build climate change expertise into all aspects of humanitarian action.” This Story Originally Published On The Third Pole. Reproduced With Permission