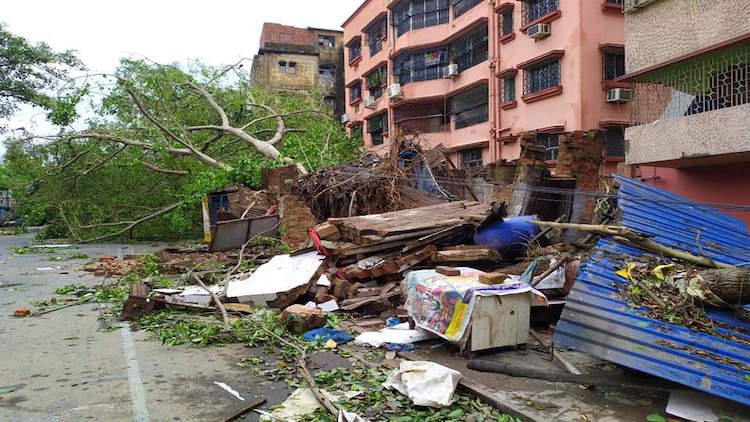 So far 72 deaths have been confirmed in West Bengal due to the devastation caused by cyclone Amphan. Chief Minister Mamata Banerjee said that she had never seen such a disaster in her life and urged PM Modi to visit the state and take stock of the situation. NDRF chief SN Pradhan said that NDRF's relief work will go in West Bengal for a long time.

Cyclone Amphan, which barrelled out of the Bay of Bengal, has caused massive destruction in West Bengal and Odisha. 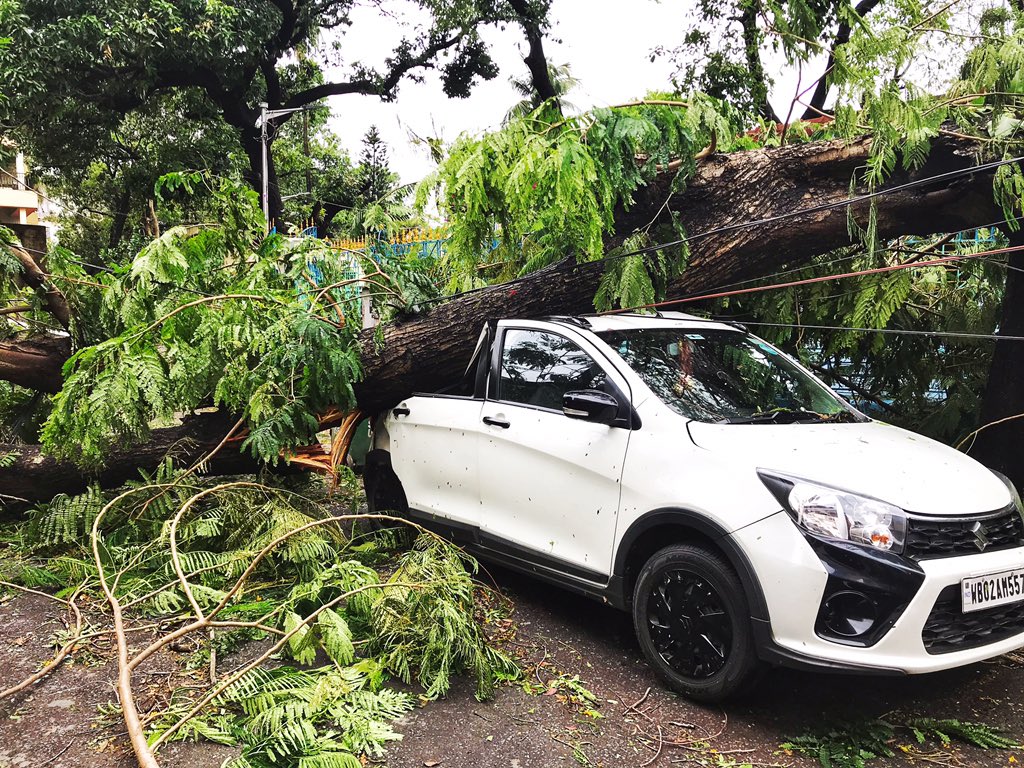 Hundreds of houses, buildings, bridges and dams have suffered damage, and electricity poles and trees have been uprooted in various places.

West Bengal Chief Minister Mamata Banerjee has said that a loss of at least Rs 1 lakh crore has taken place in the state because of this cyclone. However, it will take three-four days to make an accurate assessment of the damage, she said. She also said that Cyclone Amphan has caused greater damage than the coronavirus pandemic.

Capital Kolkata has also suffered massive destruction. Buses have turned turtle and trees have been uprooted in several places here.  Electricity supply has stalled in the southern part of the state.  Meanwhile, National Disaster Response Force teams have begun clearing trees from roads and started all other essential tasks as well. Trees which had fallen on the road leading to the Kolkata airport were uprooted. Runway flooded and hangars collapsed as hours of Cyclone Amphan’s superstorm winds left a devastating wreck in its wake.  Cyclone Amphan, which formed over the Bay of Bengal, was so powerful that its waves in the sea were 15 feet-high and its wind speed was registered at 185 km per hour. So far, five lakh people in the state have been evacuated from their homes. Watch the video story here:
TAGS Mamata Banerjee bay of bengal superstorm Kolkata Airport NDRF Odisha West Bengal Super cyclone Amphan Cyclone Amphan