Delhi: 'Pollution Can Be Lowest In 4 Years If No Crackers Burst On Diwali' 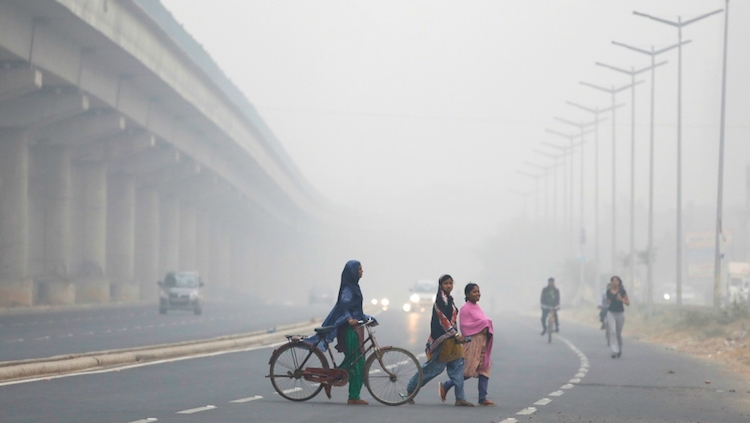 Many North Indian states, including Delhi, are facing the double whammy of pollution and the onslaught of Coronavirus. However, it is a matter of relief that due to firecrackers ban in many states including Delhi, the air quality is improving, which was also seen on Thursday and Friday. For the past several days, the air quality in North India, including Delhi, was in ‘severe’ category but after the ban on crackers, for the first time on Friday, many areas of Delhi recorded less than AQI 350. This is the first time in the past several years during the Diwali festival that AQI has been below 350 in Delhi.
Also Read:
UP Govt Suspends Former Kanpur SSP Anant Dev In Bikru Scandal

According to SAFAR, Centre’s air quality monitoring agency, if firecrackers are not burst on Diwali, the PM 2.5 levels in Delhi is likely to be the lowest in the last four years. For it will help remove pollutants dissolved in Delhi's surface air. According to SAFAR India, stubble burning can also affect the pollution of the capital and AQI can go into ‘poor’ category. He said that if firecrackers are burnt at the beginning of the day on November 15, there may be an increase in PM 2.5 levels. On November 5, the Delhi government banned the sale and use of all types of firecrackers from November 7 to November 30. On Monday, the National Green Tribunal has also banned all types of firecrackers in NCR from midnight of November 9 to November 30. Delhi CM Arvind Kejriwal says that due to increasing pollution, cases of COVID-19 are also increasing. In such a situation, if firecrackers are not burnt in Delhi, it is likely to reduce the PM2.5 level. PM 2.5 is such an element, which is about three percent of the diameter of a human hair. Doctors believe that if this element goes into the body, there can be serious problems like lung disease. AQI between zero to 50 is considered ‘good’, 51 to 100 ‘satisfactory’, 101 to 200 ‘moderate’, 201 to 300 ‘poor’, 301 to 400 ‘very poor’ and 401 to 500 ‘severe’.