Heatwave To Roast Many States For Next 2 Days, Red Alert Issued 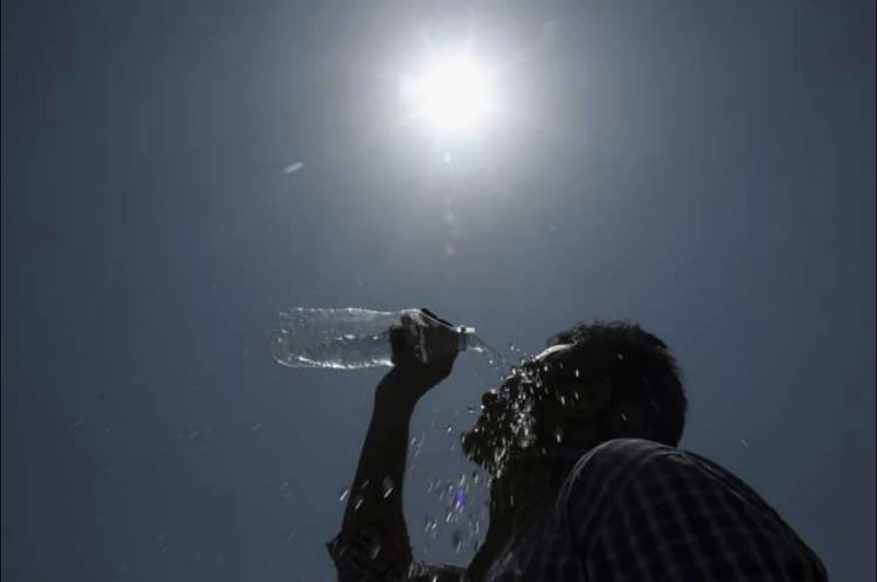 It is proving to be a scorcher of a summer in several cities of Rajasthan, Haryana, Punjab, Uttar Pradesh, Maharashtra, Gujarat and in the national capital Delhi, with the temperature here hovering at 45-47 degree Celsius. The India Meteorological Department (IMD) has issued a Red Alert for several states and expressed the possibility of a heatwave sweeping through them.
Also Read:
MP Farmer Dies In Queue For Selling Wheat Produce

IMD scientist Dr Naresh Kumar said, “Heatwaves are raging in several parts of the country. The situation is expected to remain unchanged for the next two days. A Red Alert has been issued for Haryana, western Madhya Pradesh, Vidarbha and Rajasthan. Due to Western Disturbance, the temperature is likely to come down a little after two days.” In Maharashtra’s Nagpur, the maximum temperature has been recorded as 47 degree Celsius, which is the highest in the state.  Scientist ML Sahu said, “A Red Alert has been issued for the Vidarbha region for three days. It is estimated that the temperature will fall on the fifth day. Similarly, a Red Alert has been issued for western and eastern Madhya Pradesh for two days, whereas an Orange Alert has been issued for Chhattisgarh.” IMD Director, Chandigarh, Surendra Paul said, “The temperature will rise in Punjab and Haryana in the coming three-four days and it will exceed 45 degrees here. The maximum temperature will be recorded in south-western Punjab and Haryana. Also, a heatwave is expected to sweep through Punjab, Haryana and Chandigarh.” The temperature in Punjab’s Amritsar has been recorded at 44 degrees and it is expected to remain the same for the next few days. There is a possibility of a light drizzle amid scorching heat in the south of Gujarat. Heatwave conditions in the state are expected to prevail for just one day. Regional Director, IMD, Jayant Sarkar said that a two-day Orange Alert has been issued for Ahmedabad. Due to rising temperatures, several states are staring at a water shortage. Scores of birds and animals have died of thirst in Rajasthan’s Barmer.  The single source of water in Barmer’s Ati village is a hand-pump which dispenses water for barely half-an-hour now. The water comes at 1o p.m. and is dispensed for just 45 minutes.  Women from the village have to wait for the water at night. A resident, Gopal, said that the animals in the village are thirsty. The government should make arrangements to provide water to the villagers soon, he added.