India Calls For Global Water Action Agenda By The UN 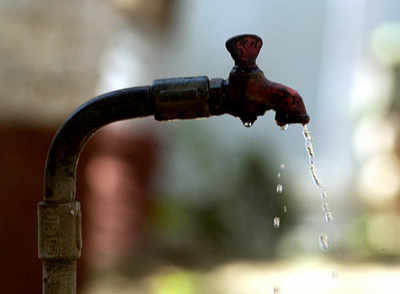 Addressing the high-level segment of the 14th Conference of Parties (COP14) of the United Nations Convention to Combat Desertification (UNCCD), PM Modi announced that India has committed to restoring 26 million hectares of land by 2030, an increase of 5 million hectares, as part of its global commitment to combat desertification.  The Prime Minister stressed on the need for greater South-South cooperation (SSC) to help tackle climate change, biodiversity and land degradation.

The conference, that is held every two years, comprises 196 nations and the European Union. This year, India is hosting the 14th session at Greater Noida, near Delhi, where more than a hundred foreign ministers and several hundred delegates have registered for the two-week-long conference from September 2 to September 13. Amina J Mohammed, the Deputy Secretary-General of the United Nations said: “These are critical times and we need collective wisdom.” “We cannot spend the next 10 years debating the targets to set. We have just two weeks to see how we can accelerate the action on protecting the environment and tackling climate change,” she added. “More than 25 percent of the world's total landmass is degraded and is a cause of conflict,” said Ibrahim Thiaw, the chief of the UNCCD, adding that, “both land and climate are intrinsically linked and each affects the other.” As the conference moves into high gear, delegates have a limited window in which they must prepare a blueprint of the way forward on combating land degradation and desertification.

Officials are busy trying to work on a common draft of the New Delhi Declaration, expected to be announced soon. One of the sticking points, however, is the issue of land tenures. On one hand, developing nations want this to be made part of the discussions, insisting that poor citizens have often been forced to migrate because of their land being degraded largely due to climate change. On the other hand, the developed nations, largely responsible for climate change, insist that land rights and land laws are intrinsic to each nation and should be left out.