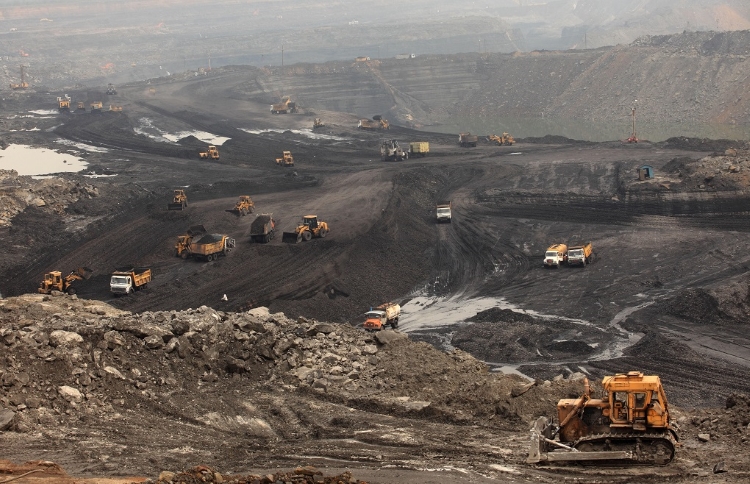 By - Soumya Sarkar/thethirdpole.net India has launched its first auction to private companies to mine and sell coal in what is seen as a regressive move in a country where renewable energy has become cheaper than fossil fuels.
Also Read:
Lockdown Tragedy: School Principal Forced To Run Food Cart In Telangana

The coal ministry will auction 41 new coal mines, many of which are located in the dense forests of central India. These mines will require INR 330 billion (USD 4.3 billion) in capital investment in the next five-seven years and raise the nation’s output by 225 million tonnes, the ministry said. The opening up of commercial coal mining to the private sector, named Unleashing Coal, could mean India, which has the world’s fourth-largest coal reserves, becomes a net exporter of the fuel, prime minister Narendra Modi said. “We are not merely launching commercial coal mining today, we are unshackling it from decades of lockdown,” Modi said at the launch event livestreamed online. Although there has been a global shift in recent years away from coal to cleaner energy like wind and solar, India wants to boost production to help it recover from the economic shock caused by the Covid-19 pandemic. The coal ministry estimates the new mines will employ about 70,000 people and earn extra annual revenue for various provinces to the tune of INR 200 billion (USD 2.6 billion). Of the proposed 41 mines, 37 have been explored for reserves and land has been acquired for 12 of them, the coal ministry said. Companies will submit technical bids in August. This will be followed by auctions, where bidders will say how much of the revenue they will share with the government. Ease of coal mining The federal government has been easing rules for coal mining, which was made a state monopoly in 1973. In 1993, the government allowed private companies to mine coal for their own use. It has further eased government control over the industry since 2014. State-owned Coal India Limited, established in 1975, still accounts for 80% of domestic production, of which 80% is sold to thermal power plants. Offering new mines to bidders does not mean they will be snapped up. An auction conducted last year among state-owned companies received bids for just six of the 27 coal blocks on offer. “While India’s coal demand is likely to increase in next decade, investment in greenfield projects to expand production capacity must be examined more carefully,” said Karthik Ganesan, researcher at the Council on Energy, Environment and Water, a think-tank. “Import dependence is not a bad thing, especially if it defers or removes investment needs into new mines in pristine environments in the country.” Read the full article here.