India ‘Walking The Talk’, Now Time For Developed World To Pay Up! 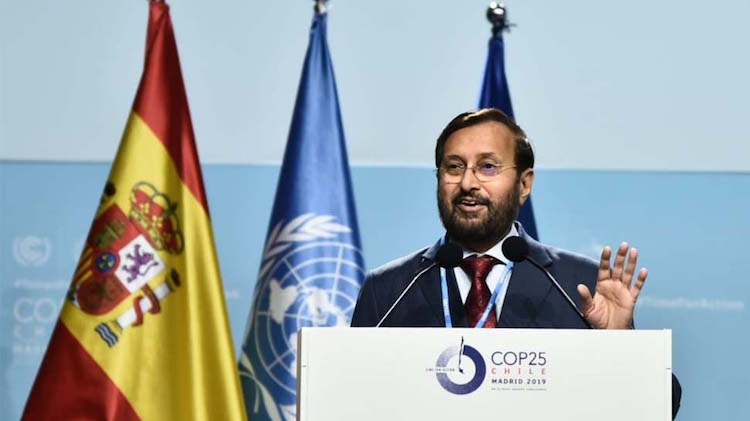 India is one of only six countries on the path to meeting commitments under the Paris agreement to cut down on greenhouse gasses. This was shared by the country’s Environment Minister Prakash Javadekar. The Minister, who read out India’s statement before delegates gathered at the Conference of Parties or CoP25 organised by the United Nations in Madrid-Spain on Tuesday, told delegates that India had reduced emission intensity of its GDP by 21 percent and was on track to meet the goal of 35 percent as promised in Paris.
Also Read:
SBI Under-Reports Rs 12,000 Crore Bad Loans: RBI

“Its time to look in the mirror. Has the developed world delivered on its promises? Unfortunately, annexed countries have not met their Kyoto Protocol targets. Neither do their NDC’s reflect ambitions nor they have shown willingness to enhance their commitments…Developed world promised 1 trillion dollars in the last 10 years and not even 2 percent has materialised”, Javadekar told delegates. Currently, China and the US, the top contributors to greenhouse gasses, contribute more than 40% of the world's Co2 emissions. This is followed by the European Union and India which lags far behind. 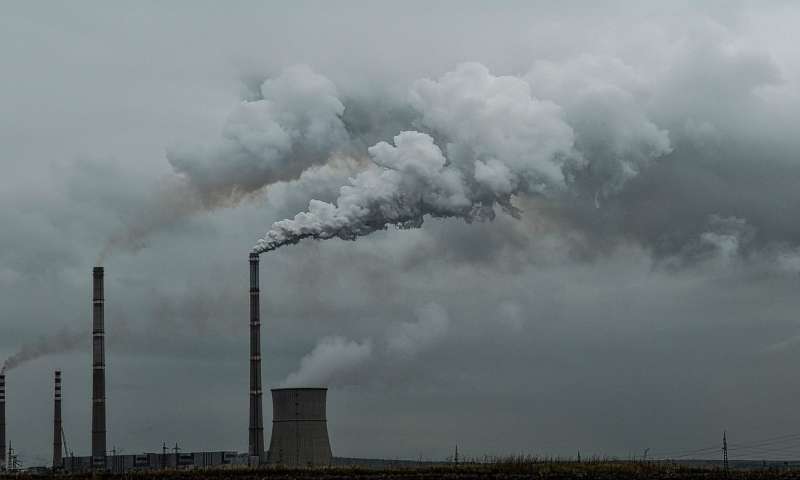 But while world leaders and the United Nations try to get countries to fulfil their commitments on climate change and even enhance their ambitions in reducing greenhouse gasses, there was some more good news for India with Germanwatch, a non-profit which tracks climate change, releasing its annual Climate Change Performance Index report placing India at 9th position. That’s an improvement of two positions from last year in terms of ranking of countries based on efforts to tackle climate change, investments in renewable energy and per capita emissions of greenhouse gasses. To be sure, India’s Carbon Dioxide (CO2) emissions, the biggest culprit of climate change, have been growing and at a rate faster than any major energy-consuming nation according to a report by the Paris Based International Energy Agency (IEA).  Despite this, India’s per capita emissions remain low at only 40% of the global average. The report adds that in absolute terms, the rise in India’s Co2 emissions trails the US and China. In September this year, Prime Minister Modi speaking at the UN General Assembly in New York had pledged to double India’s Renewable Energy target to 450 Giga Watts, up from the earlier target of 175 GW. While this was hailed as a major step in the right direction which will help offset the dependence on coal to an extent, global analytics and rating company CRISIL has warned that India may miss even the earlier target by as much as 42%. The market analyst cites regulatory challenges, policy flip-flops and record low tariffs for renewable energy as some of the reasons possible for India missing its targets. For the moment at least, India can bask in the spotlight for taking steps to help tackle climate change. As Javadekar told the delegates in Madrid, “This is the time for ownership and responsible action”. India has shown the way but it is expecting developed countries to pay up and fund cleaner technology and take steps to mitigate and adapt to the impact of climate change.