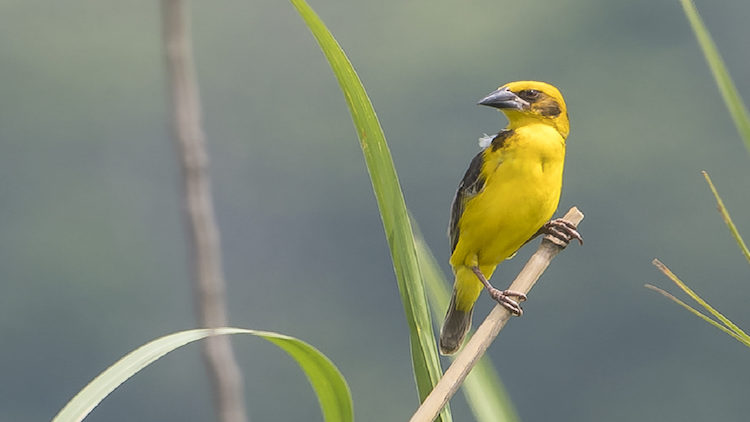 By Nikhil Eapen/thethirdpole.net “With only 2.5% of the world’s landmass, we have 8% of the world’s recorded biodiversity,” India’s minister of Environment, Forest and Climate Change, Prakash Javadekar told world leaders at the 75th UN biodiversity summit this September, reminding delegates that he represented one of the 17 megadiverse countries in the world.
Also Read:
Capital 'Breathless’ With Rising Pollution Levels; AQI Hits 488 In Delhi, 500 In Gurugra

For years, India has highlighted its rich flora and fauna. Today, amidst unlocking some of the world’s most precious landscapes and diluting environment laws, the Indian government is misleading Parliament about the state of the natural world and providing inaccurate, confusing data about its wildlife – all of this taking place as global and national biodiversity assessments suggest that India’s flora and fauna, like everywhere else, is in free fall.  Environment minister in denial Babul Supriyo, the Minister of State in the Ministry of Environment, Forest and Climate Change told the Lok Sabha this September in response to a question that the government had no data to say that endangered bird populations in the country were in a state of continuous decline.  Seven months ago, however, the State of India’s Birds Report 2020 – which analysed data from 15,000 birdwatchers on the eBird platform – painted a different picture. The report measured the abundance and distribution of 867 bird species, and concluded, “Of the 261 species for which long-term trends could be determined, 52% have declined since the year 2000, with 22% declining strongly. In all, 43% of species showed a long-term trend that was stable and 5% showed an increasing trend. Current annual trends could be estimated for 146 species. Of these, nearly 80% are declining, with almost 50% declining strongly. Just over 6% are stable and 14% increasing.”

Eagle and vulture numbers have plummeted, but so have the counts of several neglected species like the Finn’s Weaver. In 20 years, Finn’s Weaver populations in Uttarakhand have dropped by as much as 94%, with less than 500 birds found in India. In his response to parliament, Supriyo failed to note findings from the State of India’s Birds report, even though three autonomous government institutions – the Wildlife Institute of India, the Salim Ali Centre for Ornithology and Natural History and the National Biodiversity Authority – had collaborated on it.  This is not the only evidence that shows birds in India are collapsing. In five years, since 2015, the number of bird species at high risk of extinction in India has shot up from 82 to 101, according to data from the International Union for Conservation of Nature (IUCN) Red List.  Monitoring and recording wildlife Earlier this year, when Supriyo was asked in the Lok Sabha if the government had recorded the endangered species of animals and birds to take steps to prevent their extinction, he said that it had.  Endangered species were indexed under the Wildlife (Protection) Act 1972 in various schedules based on their threat status, he said, and Schedule I species are accorded the highest degree of protection.

Under the Wildlife (Protection) Act, 1972, flora and fauna are catalogued under six schedules – from I to VI; and wildlife crimes against top-schedule species (especially schedules I and II) are dealt stiffer punishments.  But the classification, scientists say, is often unscientific and disconnected from an animal’s conservation status.  “There are 159 species of freshwater fish threatened by extinction in India, but none of them are listed under the Wildlife Protection Act,” Rajeev Raghavan, professor at the Kerala University of Fisheries and Ocean Studies and an IUCN SSC Freshwater Fish Red List Coordinator told The Third Pole, “If the fish are not protected by law, the purpose of assessing and prioritising them is quite pointless.”  “In India, all we have done is a static exercise of listing species under the various schedules of the Wildlife (Protection) Act,” Abi T. Vanak, Senior Fellow at the Ashoka Trust for Research in Ecology and the Environment told The Third Pole. A number of species with stable populations, marked as ‘least concern’ by the IUCN, are listed under Schedule I of the legislation, he says, and several endangered species are lower down in priority. For full story, click here