Italy Sees Drop In Pollution Due To Coronavirus Lockdown 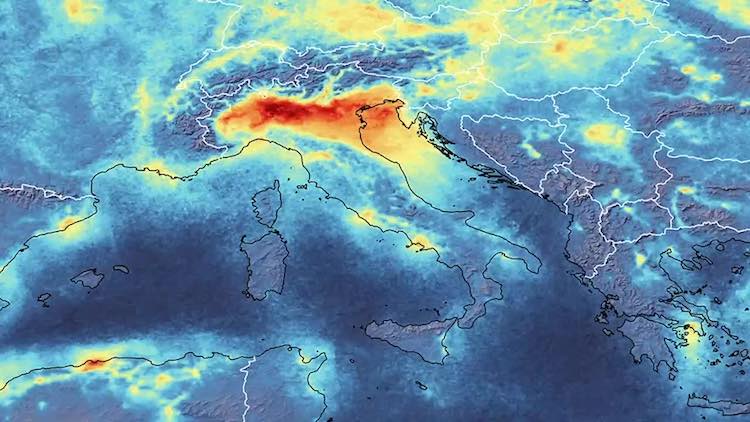 Entire Italy is in lockdown for the past few days due to the coronavirus. While people have shut themselves in their homes due to the terror of the disease, pollution is declining because of less squalor. Swans and dolphins have returned to the waters of the famous canals here. The beautiful city of Venice, built on canals, is currently deserted because of the coronavirus. Italy has been locked down for the past several days due to Covid-19. Also Read: When Bollywood Stars Joined Hands To Fight COVID-19

The death toll from this deadly virus has now crossed 3,405, which is higher than in China. There is such terror of the coronavirus among people that they have locked themselves up inside their homes. It cannot be denied that people in Italy are living under strain. However, at the same time, some positive consequences of this epidemic can also be seen. Since Italy is completely shut, shops are also closed and roads are empty. Hardly anyone can be seen on roads. Also, the NO2 pollution level is declining fast and the air is cleaner. Due to the air being cleaner, while the water in the Venice river appears totally clean, now fish can also be seen clearly and swans have also appeared again. Apart from this, now dolphins can also be seen in Venice river canals. The view of Venice is a sight to behold. Earlier, there used to be a swarm of boats here. There is no sewage system of any kind in Venice, because of which all the filth makes its way into the river. Due to the sewage going into the river, people had never seen such clean canals and pristine environment as they are witnessing these days.
TAGS Venice coronavirus outbreak coronavirus COVID-19 pandemic COVID-19 restrictions COVID-19 Air pollution Pollution Italy