By Auqib Javeed, writing for thethirdpole.net Jammu & Kashmir’s second largest lake is on the verge of extinction. Different governments of the erstwhile state pumped millions of rupees to protect it but had failed to restore it to its former glory. The locals believe the funds were misused by the authorities and that the lake has become a money minting machine for many government officials. Also Read: Pati, Patni Aur Woh Fares Better Than Panipat On Opening Weekend

Situated in the northeast of Srinagar in Kashmir Valley, the lake once famous for its pristine beauty is losing its charm due to heavy pollution, encroachments, unplanned growth of hamlets and ever increasing human pressure. Dal Lake has shrunk from 2,547 hectares in 1971 to 1,620 hectares in 2008. The recent Indian government decision abrogating key aspects of Kashmir’s autonomy has led to significant problems with the administration. The state was divided into two Union Territories. Who is managing what is still unclear. This has been reflected in the state of the lake, which has been filling up with weeds and Azolla, a type of aquatic fern, as massive amounts of garbage have been dumped into the lake while municipal services stalled.

As municipal services ground to a halt trash piled up [image by: Faisal Bhat] The absence of the Lakes and Waterways Development Authorities has been keenly felt. Charged with looking after water bodies, its status is now unclear, and in its absence, illegal construction has mushroomed. The latest report on water quality assessment of the Dal Lake by the State Pollution Control Board (SPCB) was prepared in September but has not been uploaded to its website. Internet connectivity in Kashmir remains limited. The report states that the main issues related to the lake are the discharge of untreated sewage and waste by people who live in houseboats in the lake, and those who live in adjoining residential areas. Plus, there is excessive weed growth, reduction in water purity and siltation. The SPCB, which inspects and monitors Dal Lake water at the 17 locations, has not been able to do its work due to the ongoing situation in the valley. 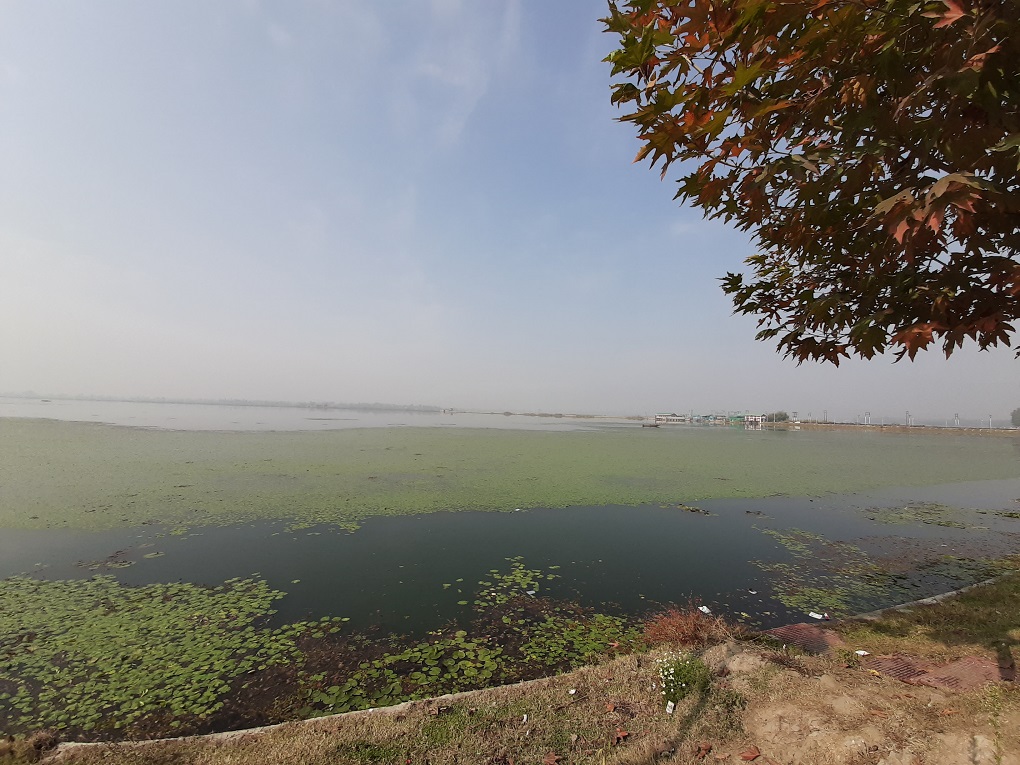 A thick spread of algae lies over the Dal Lake [image by: Faisal Bhat] “Our staff members were attacked by stone throwers and two vehicles of the department were damaged when they were on the way to collect samples from the lake,” said Rafi Bhat, the Regional Director of SPCB. Bhat agreed that illegal construction and the encroachments within and around the lake have surged after August 5, the day the erstwhile state was brought under central rule. In the eye of the world The Dal became the centre of attention on October 29 when over a dozen Members of the European Parliament visited Kashmir for two days. The delegates went on a boat ride. To give a rosy picture, a part of the lake was cleaned a few days before their arrival. “The lake authority pumped some machines and cleared a part of Dal that was covered with Azolla and lily pads,” said Mohammad Shaban, a resident of Dal Lake. 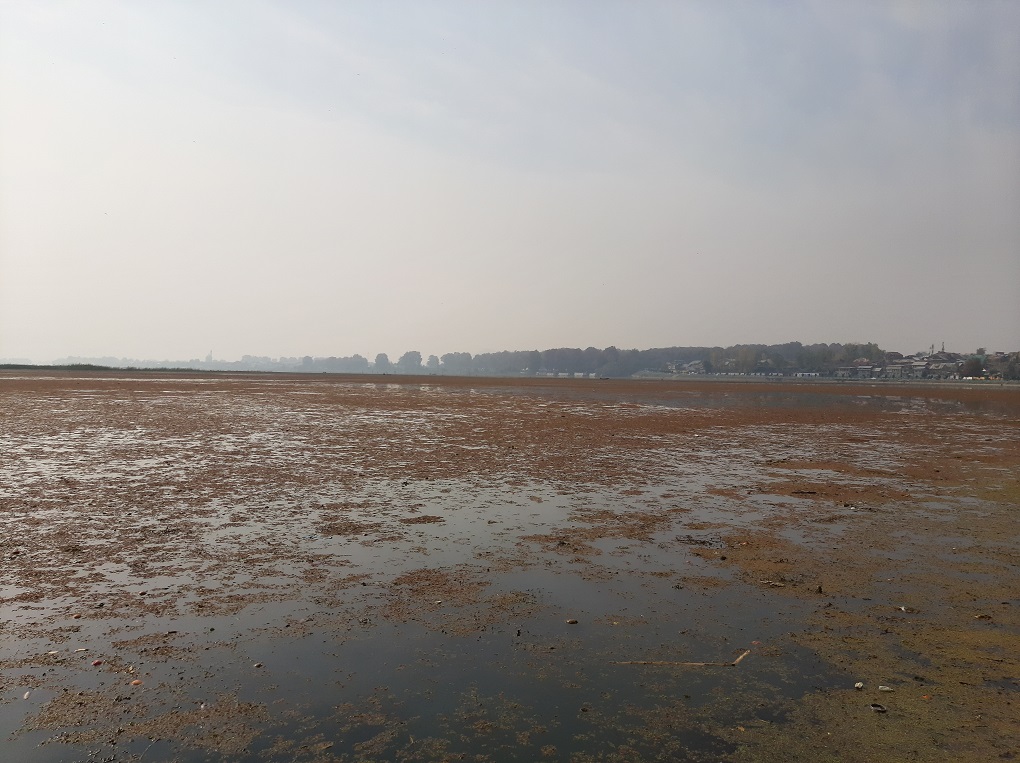 A small patch of the lake was cleaned for the visit of the European MEP delegation [image by: Faisal Bhat] Locals accuse the authority of misspending INR 7.59 billion (USD 106 million) allocated for the lake’s conservation since 2002. This has had a direct effect on the lives and livelihoods of people in Srinagar. “The production of fish and vegetables has decreased, affecting the livelihood of many people,” said Tariq Ahmad Patloo, a social activist who has launched a campaign to save the lake. He added, “Since August 5, no one from the administration came to clean the lake and now, due to the increasing pollution, it’s posing a threat to the lives of Dal dwellers.” Not a new problem In 2002, The Jammu & Kashmir High Court issued a series of directives to preserve the lake. But no single authority was made the responsible party. The Court also appointed a Committee of Experts (CoE), which made several recommendations and submitted its report. The CoE warned that, “If the situation continued with business as usual, the lake will not survive beyond 30 years maximum.” Based on the CoE’s finding, the court stated in December 2018, “The Dal Lake is dying. The pollution load in the lake has reached such alarming levels that unless something is done with urgency and alacrity, it may be impossible to save the lake.” The court directed the government comply with the recommendations of the CoE, but the government did nothing to implement them. The single biggest challenge is the dumping of huge amounts of untreated waste. Shakeel Romshoo, the head of the Earth Sciences Department at the University of Kashmir and an expert on Dal Lake, said the western side is the most polluted as it receives untreated sewage. He says this has resulted in the extensive growth of weed which is removed at a huge cost every year. For full story go to: thethirdpole.net
TAGS houseboats Sewage garbage water contamination water pollution Srinagar Jammu and Kashmir Dal lake kashmir valley kashmir restrictions Kashmir Crisis