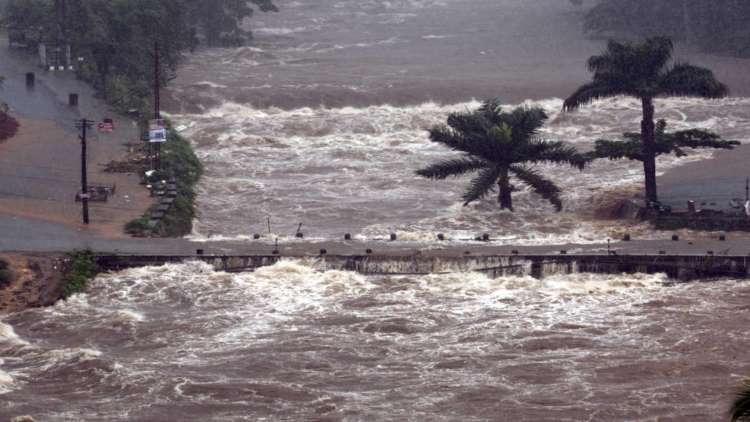 The South Indian state of Kerala is in the grip of wild rain and strong winds. The India Meteorological Department has issued an Orange Alert in Ernakulam, Idukki, Thrissur, Palakkad, Malappuram, Kozhikode, Wayanad, Kannur and Kasaragod districts till August 9, over the possibility of heavy rain and strong winds. People have also been advised not to go to the coastal areas. This is the third consecutive year when Kerala is facing a flood disaster. Due to the incessant rains in the State, all the dams have been filled with water. The Mullaperiyar dam had 39 percent water on 1 August, but by 7 August it was filled to 91 percent. Similarly, the dam at Idukki has been filled more than 50%, where till August 1, 35% water was filled.
Also Read:
Kerala Plane Tragedy: Relief & Rescue Operations Over, 2 Pilots Among 18 Dead

In Palakkad district, the Bhavani river is flowing above the danger mark as there is torrential rain in Nilgiri in the neighboring state of Tamil Nadu. According to the Central Water Commission, the Bharatpuzha river in Palakkad district is also very close to the danger mark. It has been feared that with the increase in rain, the water level of the rivers may go up considerably. The rains are worsening the situation in Mallapuram, Kozhikode, Idukki and Wayanad. So far 18 people have died in the landslide accident in Idukki while over 50 are missing. After four consecutive days of rain, the low lying areas of Wayanad are flooded. Wayanad is Rahul Gandhi's parliamentary constituency, but he has not yet responded to the deteriorating situation here. According to District Collector Dr. Adila Abdullah, more than 600 flood-affected people have been shifted to relief camps. According to the India Meteorological Department, Kozhikode received the highest rainfall of 259 mm in Kerala, followed by 177 mm in Idukki, 173 mm in Kannur, 169 mm in Kasaragod, 159 mm in Wayanad, 146 mm in Kottayam, 129 mm in Ernakulam, 118 mm in Palakkad, 113 mm in Pattanamittha and 88 mm in Alappuzha.