Protecting 30% Of The Earth Will Bolster Economy 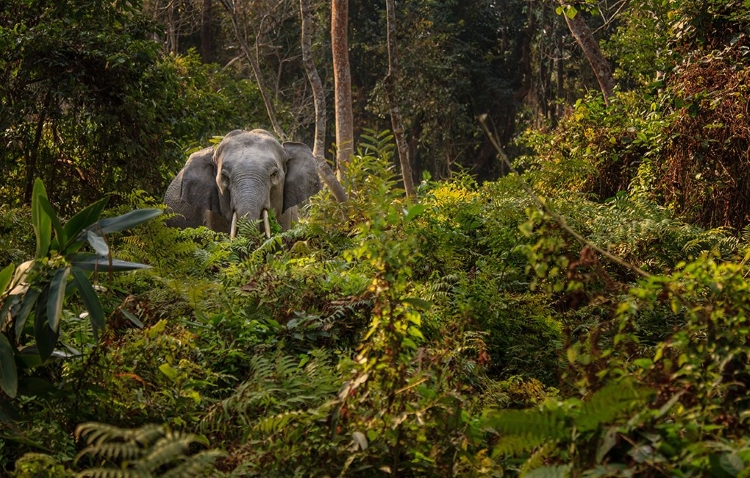 By - Joydeep Gupta/thethirdpole.net (Global experts say we shall gain many times what we spend by 2030 and unleash huge business opportunities)
Also Read:
Kerala Faces Flood Fury After Incessant Rain, At Least 5 Killed In Idukki District Landsli

If we protect 30% of the earth’s land and sea, the direct benefits will be at least USD 64 billion and will generate additional benefits of at least USD 170 billion per year by 2050, according to a study led by Anthony Waldron of the University of Cambridge. The additional benefits are ecosystem services such as flood and drought control or water provision that are not yet monetised. This economic assessment follows an urgent call from scientists to protect at least 30% of the Earth by 2030 to halt the collapse of biodiversity. The United Nations Convention on Biological Diversity has included this goal in its draft 10-year strategy, which is expected to be finalised and approved by the convention’s 196 parties next year in Kunming, China. Currently about 15% of the world’s land and 7% of oceans are protected. The nature conservation sector is a net contributor to the global economy, not a drain, the Waldron report shows. The economic benefits of the conservation sector, primarily driven by growth in nature-based tourism, outweighs the economic impacts of expanded protection on agriculture, timber and fisheries. In fact, after recovery from the Covid-19 pandemic, the nature sector is projected to grow 4-6% per year compared with less than 1% for agriculture, timber and fisheries. The non-monetary economic benefits of 30% protection, which are typically considered ‘public goods’ and are currently outside the market economy, include essential ecosystem services such as climate change mitigation, food protection, clean water provision and soil conservation. Studies have estimated the total global value of nature’s ecosystem services to be up to USD 125 trillion per year. In contrast, protecting 30% of the world’s land and oceans would require just 0.16% of global GDP. The current global protected area network only receives about one-third of the USD 68 billion it needs to be managed effectively and the shortfall is even greater in developing countries, the report shows. The world is not investing enough in existing ‘protected’ areas, the Waldron report quotes from the Dasgupta Review – an independent global review on the economics of biodiversity led by the economist Partha Dasgupta, commissioned by the British government. Economic benefits outweigh the costs of protection under all 30% scenarios; locating protected areas closer to people rather than in remote places produces the greatest financial and economic benefits.

(Credit: Protecting 30% of the planet for nature: costs, benefits and economic implications report)

Address Inequities A major problem with protecting this much of the Earth’s land and water is that everyone will benefit, but 70-90% of the cost will be in low and middle-income countries, since they have the world’s most threatened biodiversity. The Waldron report recommends financial assistance to such countries. The same is likely within countries, with the poorest having to shoulder the costs of conservation. The Waldron report urges local analysis, compensation, community support, livelihood alternatives, education and governance to overcome this problem. One example is fisheries: protecting 30% of the seas, rivers and lakes would mean loss of income, especially to artisanal fishers, and that needs to be addressed first if conservation is to work. Waldron and his co-authors are clear: all successful 30% protection scenarios would involve conservation led by indigenous peoples and local communities. Road Ahead The academics who co-authored the report say governments should place as much or more priority on the growing nature conservation sector as they do with the stagnant or shrinking sectors of agriculture, timber, fisheries, mining, and oil and gas that often compete for the same land and ocean resources. The nature conservation sector should be supported because of its ability to drive economic growth and the non-monetary benefits it provides to people. These include the health of populations by reducing the risk of pandemics, jobs and poverty alleviation, education, biodiversity conservation, climate change mitigation, flood prevention, clean water, soil conservation, cultural and historic resource protection and spiritual values. Governments should conduct natural capital accounting to integrate the non-monetary benefits of nature conservation into their balance sheets. This value should be recognised in all aspects of policy development across government agencies, including policies relating to agriculture, fisheries, timber, extractive industries, infrastructure and urban development. The World Bank had started an exercise for green accounting in two countries – India and Costa Rica – as a pilot project. But this has not been scaled out.

(The Tenga river valley in Arunachal Pradesh, one of the world’s last unexplored biodiversity hotspots)

Governments should reduce the pressures on protected areas by changing agricultural, fisheries and fossil fuel subsidy schemes to include biodiversity outcomes. They should reduce agricultural, fisheries and fossil fuel subsidies and redirect a substantial portion to funding protected areas. Governments should increase investments in projects to formally recognise the land and forest tenure rights of indigenous peoples and local communities, whose engagement in biodiversity conservation will be essential to achieving any 30% protection scenario, the report says. India passed a law in 2006 to this purpose, but the law has been repeatedly attacked by the forest bureaucracy and other branches of the government. Businesses should implement transparent supply chain disclosure to prove that no parts of their supply chain are conducting extractive activities or taking actions that otherwise degrade the natural asset values of protected areas and intact ecosystems. This disclosure should be required by governments and investors, says the report. To read the full article, click here