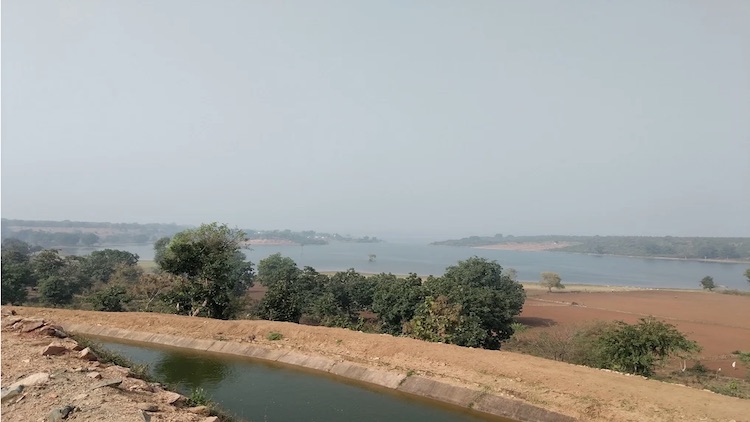 By Mohit M. Rao, Astha Choudhary/thethirdpole.net Frail and bent over his walking stick, Raja Ram squatted by the bushes of the denuded forest-scape around his village. His buffalo, whom he lovingly named Chandgaya, grazed on the hillock dominated by the invasive Prosopis juliflora shrubs. Behind the hillock and abutting Gendora village lay the Rajghat reservoir, where a dam shackled the monsoon-bloated Betwa river and submerged nearby land. Also Read: Delhi: Long Lines Despite 70% ‘Special Corona Fee’ On Liquor

“Our old village is under these waters. I had 17 acres of land there where we used to grow makka (maize), jowar and red wheat. We used to be independent,” the 80-year-old said. The Rajghat dam on the Betwa river, a tributary of the Yamuna, is an inter-state project of the Indian states of Madhya Pradesh and Uttar Pradesh. Despite numerous small and medium irrigation schemes, by the 1970s, India’s hilly Bundelkhand region continued to remain one of the most backward in the country. Drought was a perennial problem in an area where agriculture was mostly rain-fed. The Rajghat dam on the Betwa was envisioned to be a multi-purpose, multi-state venture to bring irrigation, food and water security to the region. A network of crisscrossing canals was to provide water for winter cultivation in 2,600 square kilometres of erstwhile rain-fed agricultural land and powerhouses at the dam were to generate 45 MW. There was considerable excitement when the project was announced. A villager recounts hundreds of thousands of people gathering to hear the then Prime Minister Indira Gandhi at the launch ceremony. Construction of the dam started in the mid-1970s, with the second phase built at the start of the millennium. By then, Raja Ram had been reduced to a life of destitution. He received just INR 17,000 (USD 223) in compensation for his land, but the rush for agricultural land in non-submerged parts pushed up land prices beyond his reach, while medical expenses saw his savings diminish. Once a farmer, now Raja Ram can only make a living through daily wages. “Even now, I try to do some work because my sons also do not have land. Our lives have been made difficult for generations because of the dam,” he said.

Raja Ram’s story is similar to the experiences of villagers along reservoirs of the Betwa, which illustrate the social upheavals of half-baked rehabilitation schemes and ecological consequences of damming a river. Over the last century, seven major dams have been constructed on the Betwa, in addition to numerous minor barrages and small check dams that divert water for industrial, household or agricultural purposes. As part of the Moving Upstream fellowship by the Veditum India Foundation, we walked along a 270-kilometre stretch of the Betwa between Orchha and Bina, where residents along four major dams and two minor barrages revealed different but far-reaching consequences of reservoir-induced displacements. The Betwa’s flow will be subject to more man-made manipulations through the INR 180 billion (USD 2.37 billion) Ken-Betwa River diversion plan. Five barrages and dams will be constructed on the Betwa and its tributaries under Phase 2 of the project, which will submerge 60.17 square kilometres of forest land and displace people in over 4,000 villages. Socioeconomic surveys for the proposed barrages state that the displaced persons will be settled in colonies close to where they are currently staying. Housing, civic amenities and “adequate” compensation, too, have been promised. Yet the experiences of the villagers who have witnessed Phase 1 are starkly different, as they report soil erosion, the loss of agricultural land, fishing opportunities and cultural identities and find it difficult to access drinking water. Lessons from the Betwa Similar promises were also made to the villagers of Prem Nagar Kata in 1980, when they became one of the first to be displaced for the construction of the Rajghat dam. The village was shifted up to one of the hills that flank the Rajghat reservoir. The compensation offered back then was just INR 700 (about USD 90 at the exchange rate then) per acre and INR 1,000 (around USD 120 at that point) per house, which were far lower as compared to the last-to-be-acquired villages, which were offered INR 100,000 (approximately USD 2,200 at 2000 exchange rate) per acre by the turn of the millennium. “We couldn’t afford to buy agricultural land, and the land we could buy was mostly barren and with low yield,” said Neeraj, a resident. 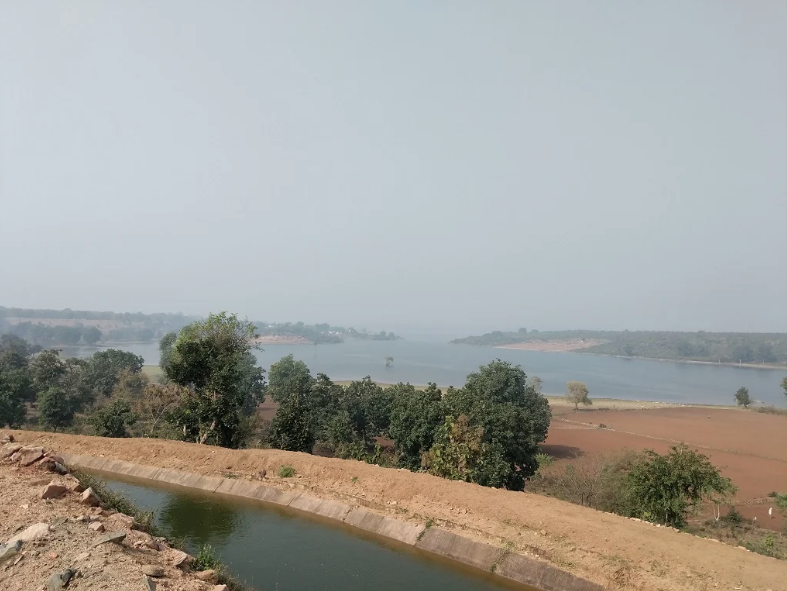 With their primary means of livelihood under metres of water, they rely on work from a stone quarry nearby or employment in other cities. Of the 3,000 people in the village, at least 1,000 have migrated to Bengaluru, Hyderabad, Ahmedabad and other places for work. Those who remain wait, ironically, for a drought to get back to agriculture. “During a drought year, the water levels recede drastically and we can cultivate on our old, submerged farmlands,” said Ramlal, a villager. The village, which was promised a supply of electricity as part of the rehabilitation, now largely sits in darkness despite being given electricity connections a decade ago. “The bill is around INR 300-350 (USD 3.95-4.60) per month and many couldn’t afford it. By November [2019], they disconnected lines to almost every house in the village,” Neeraj said. The stories of residents being stranded because of the dam were repeated in many villages where fertile agricultural land by the river had been lost. In Rajawan village besides Matatila dam, Jagadish Tiwari assumed we are government officials. He approached us from afar and asked: “Do you know when the water will recede from the dam? It was supposed to have receded by now.”

He has seven acres within the reservoir, which is usually inundated between August and November. This year, the monsoon had been bountiful and water levels in the dam were, on average, a metre above average. With the waters clearing only in January-end, he had lost much of the time for a winter wheat harvest. In villages like Deogarh and Garholi at the fag end of the Rajghat reservoir, a vast majority of cultivable lands have also been submerged. The villages are surrounded by protected forest areas, and when the dam was constructed, villagers were left with almost no land to buy.  Today, residents are forced to either migrate for work or settle for low-paying manual labour in the region. Agriculture is no longer a viable option. For full story, go to thethirdpole.net
TAGS dams Gendora village Agriculture Uttar Pradesh Madhya Pradesh Betwa river Rajghat reservoir Central India Fertile Land Rajghat Dam