A country as rich in diversity and culture as India has always taken pride in the vibrancy in the heritage that we hold. It is this heritage that emphasises the mythological importance of elephants in our culture, as well as places them on a highly respected pedestal. Elephants have been worshipped all over the country owing to the respect they gain from the Elephant God “Ganesha” and have been highly recognizable in art, literature, folklore and popular culture. These majestic animals were also the “royal seat” of the kings that would go to the battlefield and fight bravely alongside the kings. However, as times changed, so did the respect that was bestowed upon these elephants, thus merely reducing them to be used for the purpose of entertainment, joyrides and in the circus. In the year 1971, a popular Hindi movie “Hathi Mere Sathi” starring a popular actor of the yesteryears, Rajesh Khanna, spread the message of compassion towards elephants. The movie was widely appreciated as it highlighted how wild animals can be showered with kindness & compassion. It emphasized respect and love towards elephants. The Uttarakhand High Court, in a recent judgement in 2019, declared equal rights of citizenship to elephants declaring the importance they deserve. With these important examples in place, it is ironic that there are rampant killings across India of elephants that reek of an increasing level of intolerance towards wild elephants that comes as a stark departure from the elephant god who is worshipped across India. The recent incident that shocked the entire country, taking it by surprise was when a pregnant wild elephant’s life was aborted tragically when she accidentally consumed a baited food item laced with explosives that was designed to explode inside the mouth of an unsuspecting animal. . It’s an alarming disparity to find people worshipping elephants as Gods, and people using lethal bombs concealed inside food bait to maim and fatally injure elephants. 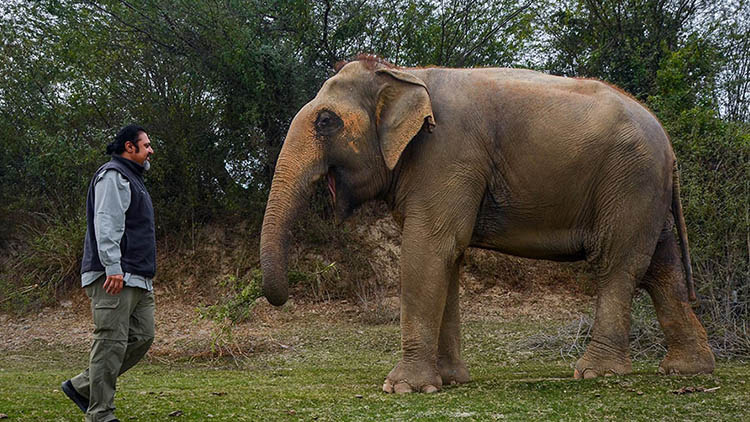 The outrageous act of killing the elephant by using explosives in pineapples, coconuts was vehemently criticized by prominent citizens including political leaders, sportsmen and celebrities and showed us that people were shocked that such a brutal approach was taken by farmers to deal with wild animals entering their crop fields. To most it seemed like an extremely callous, brutal and uncalled for step when perfectly non-fatal, legal and humane alternatives are easily within reach. 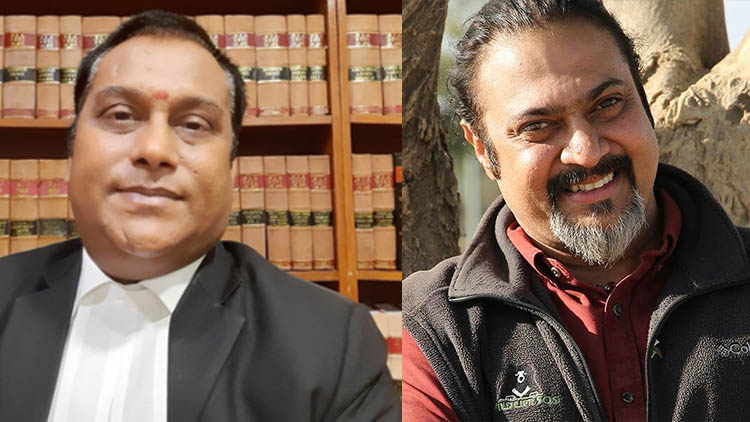 ( l to r: Satya Narayan Vashishth, Advocate, Supreme Court and Kartick Satyanarayan, CEO - Wildlife SOS, have both been pushing for the protection of elephants and their habitat in India ) Over the period of 60 days, six elephants lost their lives in Chhattisgarh and several other similar acts of harming cows, jackals and elephants arose in Himachal Pradesh, Kerala as well as Telangana. The killing of Wild Animals is strictly prohibited in India as per Section 9 of the Wildlife Protection Act, 1972. Furthermore, the Constitution of India in Article 51A (g) provides that the fundamental duty of every citizen of India to protect and improve the natural environment including forests, lakes, rivers and wildlife and to have compassion for living creatures. What is even more surprising is that every State Government offers its farmers living on the edge of forest areas, a crop compensation scheme designed to provide farmers with financial compensation in the untoward event that they suffer crop loss due to wild animals entering their fields. In order to protect the misuse of this scheme, the Forest Department requires necessary paperwork and documentation of the claims of the farmers to be verified by forest officials. This process of crop compensation may take some time; it can be most certainly reassured that there is a mechanism in place for the farmers’ redressal. It is, however, possible for farmers to see this as a bottleneck in the Crop Compensation Scheme, forcing them to adopt more drastic measures. 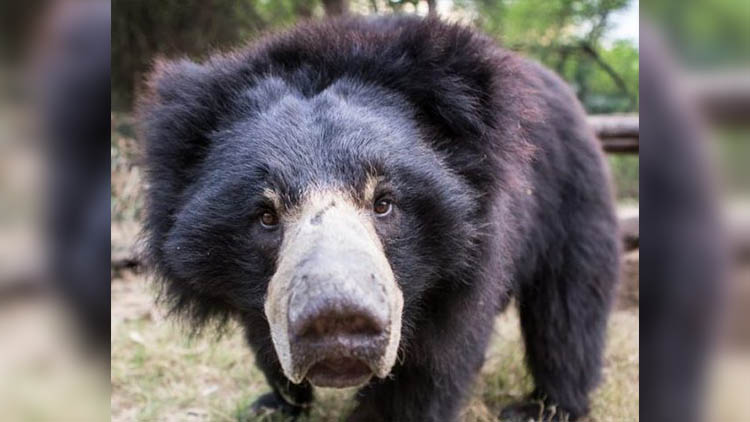 India is the last stronghold for the wild Asian elephant population with only about 25,000 wild elephants remaining. The distribution of wild elephants is mainly in protected forest areas of Kerala, Assam, Karnataka, Uttar Pradesh, Uttarakhand, Arunachal Pradesh, Tamil Nadu, Odisha, Uttarakhand, Bihar, West Bengal, Jharkhand etc. In recent times states like Chhattisgarh, Madhya Pradesh and Maharashtra, which have not had presence of elephants previously, are noticing wild herds entering and taking refuge in the state. India as a developing nation is surging forward with rapid development of roads, train tracks, high voltage electric lines, but in the rush to arrive, the development infrastructure has recklessly crisscrossed the last remaining forest reserves of India which is the abode of these elephants, in what is rapidly becoming a human dominated landscape. With the population explosion of human beings resulting in shrinkage of space and habitat for elephants, there is a stark rise in the use of forest lands, combined with fragmentation of habitat, the interaction between elephants and humans is increasing. The forests that belong to the wild animals, who were the original inheritors of the planet, now no longer have that space as inviolate any longer as it has been invaded by humans. If the forests could be left inviolate and undisturbed by human activities, it would help to reduce human-elephant conflict to a great extent. The carving of highways, railway tracks, agricultural farms etc, from forests and elephant corridors will only result in an increase in conflict. 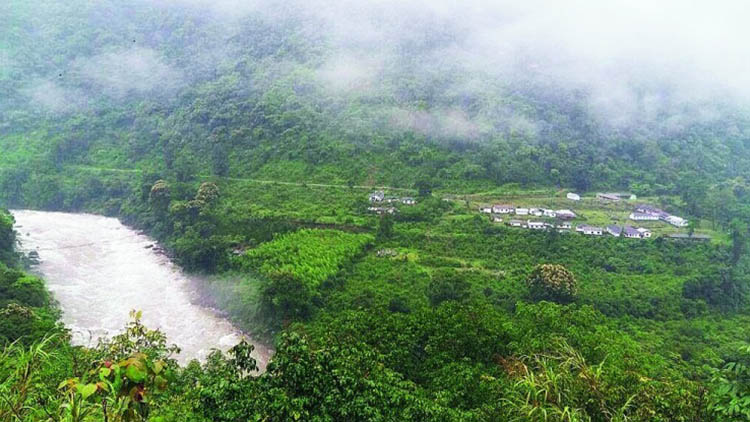 The large scale contract collection of Minor Forest Produce Collection (MFP) is one other activity wherein contractors send thousands of labourers to collect forest products such as honey, berries, fruits, mahua, tubers, roots, vines, tendu leaves, fallen antlers and many such important objects. This results in making the forest devoid of its natural wealth of nutrition for the wild animals it shelters and severely dilutes the nutrition that is available for elephants for their survival. The outcome of this, but obviously, is that elephants will approach the nearby farms looking for food when food in the forest becomes scarce. Wild animals do not know or understand boundaries created by humans. For survival, elephants and other wild animals have to forage through forests, in the course of which they, mistakenly, enter surrounding farms looking for food. The use of inhumane methods like crude bombs concealed in food baits by persons using such tactics as an excuse for crop protection are not only endangering the lives of animals but also lives of other people. It has come in the limelight that some farmers are using fruit bombs or crude bombs for scaring the wild animals, consequently due to this notorious experiment, one innocent pregnant elephant has died painfully, which has forced us to write this editorial. This act has, indeed, exposed the rampant use of explosives to ward off the wild animals, which is extremely unfortunate despite there being humane methods of conflict mitigation in place. Other than crop compensation, other ways to manage human-elephant interaction can be taken from -Wildlife SOS that has been working with the Chhattisgarh Forest Department to mitigate conflict. In 2018, a team of expert veterinarians, elephant trackers and field biologists radio-collared the matriarch of a wild elephant herd that had been the cause of conflict in the Mahasamund area of Chhattisgarh. The wild elephant herd had inflicted serious injuries on people and on property. By radio-collaring the matriarch of the herd, regular alerts are raised through Early Warning Alert System (EWAS) established by Wildlife SOS every four hours with the exact location of the elephant herd. The villages that the herd is expected to approach are alerted by the Forest Department and Wildlife SOS monitoring teams. Along with this, regular workshops are conducted for education and awareness of the villagers to educate them on elephant behaviour, conservation, forest ecology and many more such things. By knowing the details of the elephants, the local community also understands the idea of co-existence with the elephants in order to be able to live in peace and harmony. The Hon’ble Supreme Court in a decision of Animal Welfare Board of India Vs A. Nagaraja- (2014) 7 SCC 547 has discussed Article 21 of the Constitution of India in the context of the Animals. Article 21 protects life, and the word “life” has been expanded by the highest Constitutional court, so as to include all forms of life in the environment, which contains animals’ life also. Important questions in this matter arise are: 1) When a mechanism of crop compensation is available, why is it that some farmers feel the need to resort to such inhumane methods to keep the wild animals away from their agricultural fields? Is the Crop compensation scheme letting them down? 2) How is it that the public are procuring explosive substances for making crude bombs or fruit bombs? This is highly important to note as it can also be used against national interests if not kept a proper check on. 3) Will the empowering of Range Forest Officers at the ground level be helpful to assist the farmers with their cop compensation claims? 4) How are farmers able to conceal these procured explosive substances, without the knowledge of the local law enforcement authorities? 5) Should there be a regulation in sale and purchase of explosive substances by the State Government authorities and the police? Legally speaking, “Elephant” is a “Wild Animal” as per Wildlife Protection Act-1972 and schedule-1 animal as mentioned at Sr. No. 12-B. As per section 51 of the Act, hunting or killing of any Elephant is punishable up to 7 years, but not less than 3 years and also the levying of a fine. Even the section 429 of the Indian Penal Code, 1860, punishes the offender up to 5 years and liability to a fine. The need of the hour is to support the farmers in India with education, with sensitisation about laws and humane alternatives to crop protection as well as expeditious release of Crop Compensation Schemes which will encourage farmers to use legal and humane methods of crop protection instead of resorting to brutal and hostile means. NGOs like Wildlife SOS are actively collaborating with State Forest Departments to engage with local communities around protected areas to help implement Human-Elephant Conflict Mitigation methods. Such public-private partnerships will help protect people and animals.