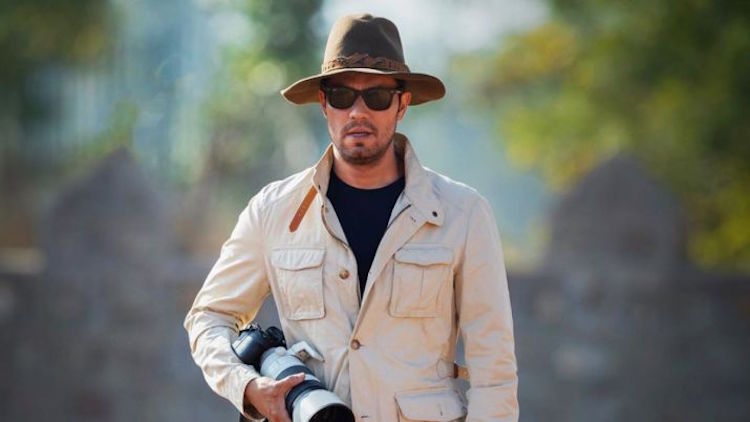 Gandhinagar, 17 February 2020 - Internationally-renowned conservationist Ian Redmond OBE, award-winning explorer and environmentalist Sacha Dench, and Indian actor and equestrian Randeep Hooda have been named today as CMS Ambassadors for Migratory Species until 2023 under the redesigned Ambassadors Programme to be launched at CMS COP13.

The launch of the redesigned Programme will take place on the opening day of the Thirteenth Session of the Conference of the Parties to the Convention on Migratory Species (CMS), in Gandhinagar, India on 17 February.

Ambassadors can either be global celebrities who have expressed a desire to contribute to raising awareness of migratory species and the work of the Convention, or prominent individuals from conservation, science, literature, or other fields who can mobilize attention for specific issues or species.

Each of the Ambassadors will be associated with a different type of protected species: terrestrial (they run), avian (they fly), or aquatic (they swim).

They Run
Also Read:
14 Dead In Two Separate Road Accidents In UP & Maharashtra

British biologist Ian Redmond is widely respected for his work with great apes and elephants and has served as Ambassador for the Convention on Migratory Species since 2010.

(Ian Redmon) He has led anti-poaching patrols, guided film crews into close encounters with gorillas, chimpanzees, orangutans, and elephants, and worked to support local conservationists during civil wars in Rwanda and the Democratic Republic of Congo. Mr. Redmond will represent terrestrial species for CMS.
“One of the most important things I can do in my role as an Ambassador for the UN Convention on Migratory Species is to talk about CMS, write about CMS and help to make documentaries and social media posts about what it does and which species it helps,” he said.

Australian Sacha Dench is a pioneering conservationist, champion sportswoman and record-breaking adventurer who is known as the ‘Human Swan’ following her paramotor journey tracking the Bewick’s Swan’s migration from the Russian Arctic to the UK in 2016.

Ms. Dench will be taking to the air for a trip of more than 6,000 miles later this year to track the migration route of ospreys from Scotland to Ghana. She said: “By investigating the health of the wetlands, especially the plastics and pollutants getting into the water system, we could help all manner of migrating birds and other animals that depend on healthy wetlands and waterways, including ourselves.”

Just prior to being selected as an Ambassador, Ms. Dench lost her family home to Australia’s catastrophic bushfires. 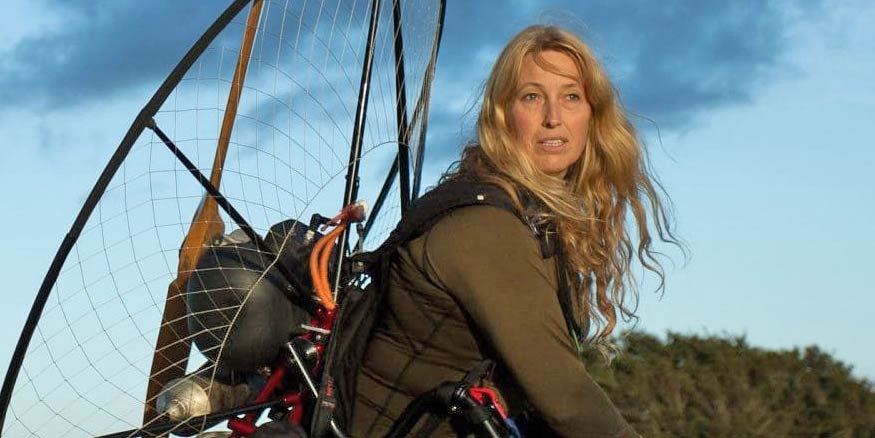 (Sacha Dench) “Losing our home was devastating yet it’s a drop in the ocean compared to the impacts of man-made climate change and habitat destruction on migratory birds across the planet as we decimate their global 'flyways',” she said.

“Migratory species are an integral part of the healthy functioning of the global ecosystem. They remind us of our connection to the finite resource that is our blue planet and how vital it is that each of us and our countries come together to manage it sustainably.”

Randeep Hooda, from India, is an award-winning film and theatre actor, as well as a professional equestrian. He has advocated for many environmental causes including wildlife protection and animal welfare and has generated public awareness for his beach clean-ups in Mumbai.

“Migration is a part and parcel of the life cycle of many species. It is not only important for them but also important for our planet. They make this world a healthy and more diverse place. Many of them are under threat and we need to work jointly across the globe to protect them. Aquatic species are often the least discussed but undertake amazing migrations. Biodiversity underwater needs to be conserved. As an Ambassador, I hope to take the conversation about conservation from conferences to local cooperation,” Mr. Hooda said. 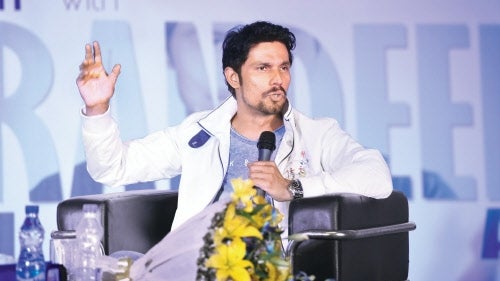 (Randeep Hooda) Known for his social media activism, Mr. Hooda is also a professional wildlife photographer with over a million and a half Instagram followers. Given his strong commitment to wildlife conservation and the marine environment, he will be a compelling and eloquent advocate for aquatic species.