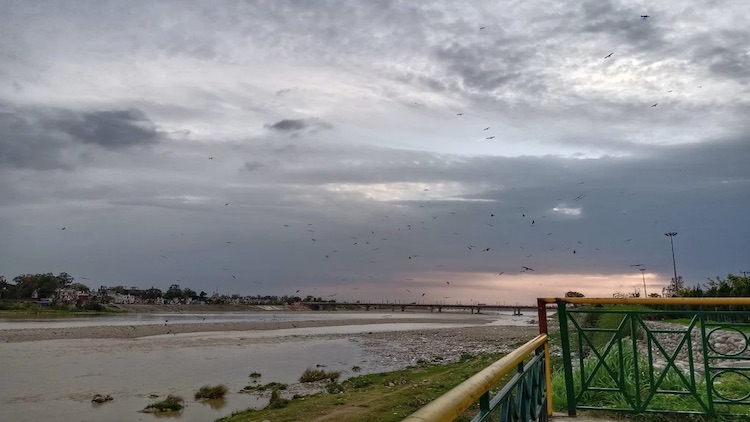 By Rishika Pardikar/thethirdpole.net The Udhampur to Banihal highway, the shortest route connecting the Kashmir valley to the rest of India, is being expanded. But this is occurring at the expense of the Chenab and Tawi rivers. Also Read: India COVID-19 Cases Nears 53,000, Death Toll Crosses 1,780

On March 17, 2020, a National Green Tribunal (NGT) monitoring committee submitted a report about the dumping of soil and other waste in Jammu’s Chenab and Tawi rivers, following an earlier order issued by the court to investigate allegations that “muck and debris continues to be dumped into the river without any safeguards” despite the NGT’s earlier directives. 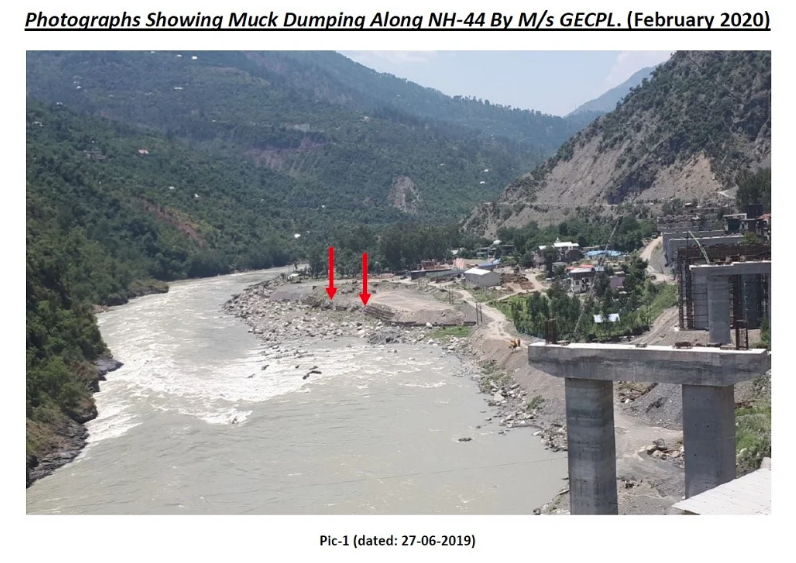 The case pertains to a complaint lodged in 2016 that in the process of expanding the Jammu-Srinagar National Highway (NH-44) to four lanes from Udhampur to Banihal, there is “rampant dumping of soil in Chenab and Tawi rivers” by Gammon Engineers and Contractors Private Limited (GECPL) and the Hindustan Construction Company Limited (HCC), the firms engaged by the National Highways Authority of India (NHAI) for the execution of the project. Following this complaint, the NGT ordered in 2019 that the companies deposit a sum of INR 20 million (USD 264,800) each (INR 10 million towards compensation and INR 10 million as a performance guarantee towards improving the situation) with the Central Pollution Control Board (CPCB). The NGT also constituted a monitoring committee to provide oversight and suggestions about identifying and maintaining dumping sites. The committee’s suggestions were issued as an advisory to the Jammu and Kashmir (J&K) Government, the NHAI and the companies. Current status of debris dumping on Tawi and Chenab “The highway has three sections – section A is from Udhampur to Chenani, section B is from Nashri to Ramban and section C is from Ramban to Banihal” explained Brij Mohan Sharma, Member Secretary, Pollution Control Board, Jammu and Kashmir. The stretch from Chenani to Nashri is through a tunnel. The banks of the Tawi fall in section A while Chenab flows through sections B and C. Work in the first two segments is being executed by GECPL and in the Ramban-Banihal segment by HCC. “About 80% of the work has already been completed on section A and right now the problem is with sections B and C,” Sharma said. He added that the Tawi and its banks were also being used as dumping sites when construction activities were being undertaken at a larger scale during the initial stages of work on section A. The March 17 report states that along section B, although many alternate dumping sites were identified, “large scale violations” in terms of both debris disposal and maintenance of dumping sites are underway. 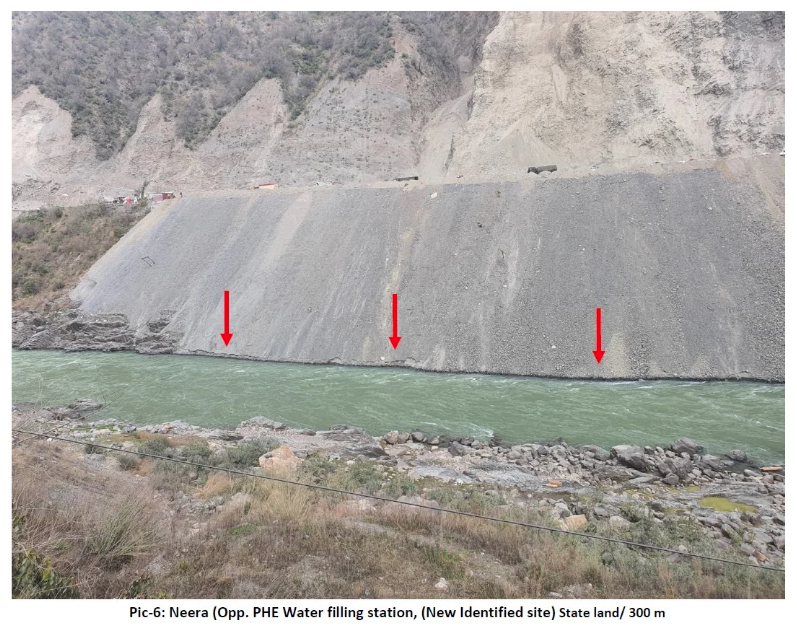 While sites with available capacity have been abandoned, the muck is being dumped in sites which “have already attained their full capacity and are overflowing,” the report said. Additionally, it noted that “illegal dumping is being done at four non-designated sites where the muck is directly thrown down the hill slopes into Chenab river” and that three other sites are being used for dumping debris without formal allotment and preparation of these sites as dumping sites. What makes matters worse it that section B and C are “topographically very fragile and landslides occur frequently even with small thundershowers,” Sharma explained. “There was a lot of rainfall and landslide last monsoon.” NH-44 passes through the Outer Himalayas to the Greater Himalayas and so the region has varying hill slopes and strata conditions that make it especially venerable to geological disturbances – whether manmade or natural. The Himalayas, the world’s youngest mountain chain and still growing, is relatively “fragile”, and more prone to earthquakes and landslides than older mountain chains. As for section C, the report states that construction work has largely been disturbed by regular landslides where debris-clearing activity is leading to the dumping of muck downhill into unauthorised dumping sites. Ironically, the report also notes that some of the landslides that brought construction activity to a halt might have occurred because of the construction activity itself. In fact, an environmental audit of the National Highway conducted by a team of scientists in July 2019 following an NGT order had noted that hillside slopes in the region have “become unstable due to cutting during widening” and that the dumping of muck consisting of stones and boulders are threatening the survival of vegetation and biodiversity in the concerned sites. The March 17 report calls for an immediate stop to all such violations by GECPL and HCC. “Right now, I have a letter from the district office to levy a compensation according to the orders of the NGT,” Sharma said. “I have issued show cause notices to the highway authority (NHAI) and to the two companies asking them to explain why an environmental compensation should not be levied.” “I have also written letters asking them to quantify the violations in terms of quantum of debris dumping into rivers but they have not come forward with this data. We need this data to calculate how much compensation should be levied,” Sharma added. Calls have been made to NHAI’s site office in Jammu and emails have been sent to both GECPL and HCC requesting an interview with the concerned person(s). There has been no response so far. This report will be updated if and when a response is received. There are many instances of similar problems created by irresponsible roadbuilding in the Himalayas. Sewage dumping on Tawi Apart from debris-dumping concerns, other sections of the Tawi are polluted too. Most specifically, the section of Tawi that flows in Prem Nagar in Jammu is heavily polluted with both garbage and sewage.

“The large presence of black kites here [the stretch of the Tawi River near Prem Nagar] suggests that there is a lot of dead organic matter which the kites are feeding on,” said Uqab Ali Baba, a research scholar at the Centre for Research and Development, University of Kashmir. “Sewage from nearby localities flows directly into the river.” “In the last few years, the usage of plastic and styrofoam has gone up a lot and segregation of waste is not happening,” said O.P. Sharma, who previously worked with the Department of Ecology Environment and Remote Sensing, J&K. “This waste gets dumped into the river and also, drains that carry sewage water are emptied into the river without treating it first.” A paper written by Uqab on the water quality of the Tawi specifically addresses how bad the quality of water is in terms of dissolved oxygen, turbidity and toxicity. The paper said Prem Nagar is the worst affected of the six sites studied, due to heavy inflow of sewage from surrounding residential areas and hotels. Uqab called for proper management and planning of municipal and domestic sewage for local health and hygiene requirements and to ensure a sustainable environment.
TAGS water contamination Water management water pollution Chenab River Hindustan Construction Company Limited Tawi river river dumping National Green Tribunal kashmir valley Jammu and Kashmir road builders