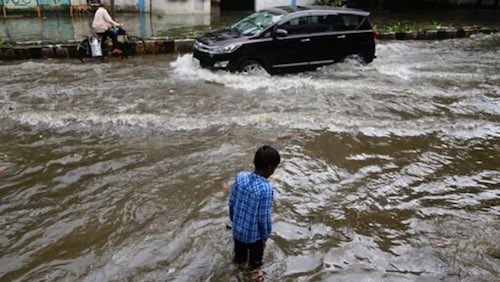 Normally, the monsoon departs in September. But this year, while the monsoon’s onset was late, its departure is also taking time. Heavy rainfall in September has broken a 102-year record and this year, September has become the month which has caused the most destruction for people. Reports from several cities say that waterlogging has led to worsening conditions there.  Across the country, in September, 247.1 millimetres (mm) rainfall has been recorded, which is 48% above normal. Also Read: Bilkis Bano Case: SC Orders Gujarat Govt To Pay Compensation Within Two Weeks

In general, the figure for normal rainfall from June to September is 801 mm. However, this year, till September 14, 835 mm rainfall was recorded in the country. The heaviest rainfall was recorded in Rajasthan, Gujarat, Bihar, Maharashtra, Madhya Pradesh, Chhattisgarh and Karnataka. Flood-like conditions are still prevalent in many areas. The Met Office has said that the rainfall situation will stay the same till the first week of October. Meanwhile, till now, no figures have come to light, about the effects of heavy rains on farming.
TAGS Karnataka Chhattisgarh Madhya Pradesh Maharashtra Patna floods UP floods floods Indian Floods Bihar floods Uttar Pradesh Bihar September Heavy Rain Heavy rains record rainfall