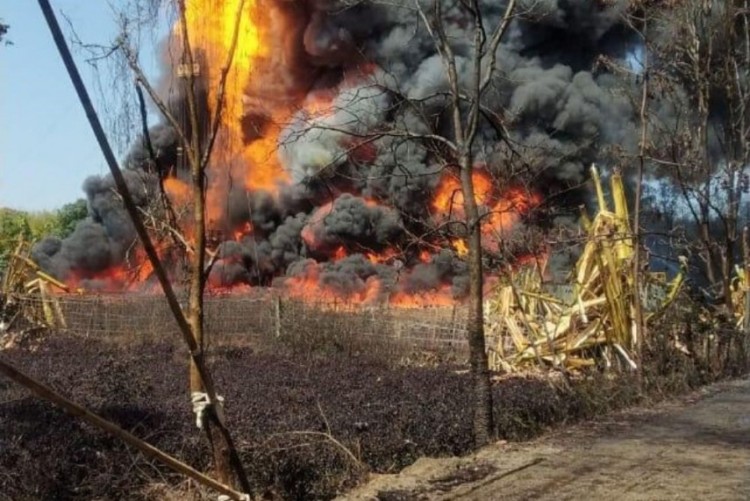 The 17-day-long fire at the Baghjan oil field in Assam has caused massive destruction. On a large scale, aquatic animals and birds have died due to this fierce fire. Close to the oil field is Dibru-Saikhowa National Park and Maguri-Motapung Wetland where the damage to the environment and ecology will probably irreversible.

According to Ranjan Das, who works on environmental issues, the affected lands are unlikely to be re-cultivated. Most people in this area are associated with tea cultivation, but the tea gardens have been completely ruined. According to Das, the exact catastrophe still cannot be predicted because the flames are still rising.

Lavanya Boron, a female farmer of Tinsukia district, said that her tea and betel nut crops were destroyed. She said that tea leaves are falling off the plants on their own.

Assam: Farmers say their crops damaged as condensed gas falls in villages near the site of an oil well fire at Baghjan in Tinsukia district. Lavanya Moran, a farmer says, "Our crops of tea & areca nut have been damaged due to the gas leak. Tea leaves are falling from the plants". pic.twitter.com/gNF5U5XeAY

Experts have been called from Singapore, Canada and the United States to control the fire in the oil field. It is believed that the fire will be completely controlled in four weeks, but the biggest question is the environmental damage done here.