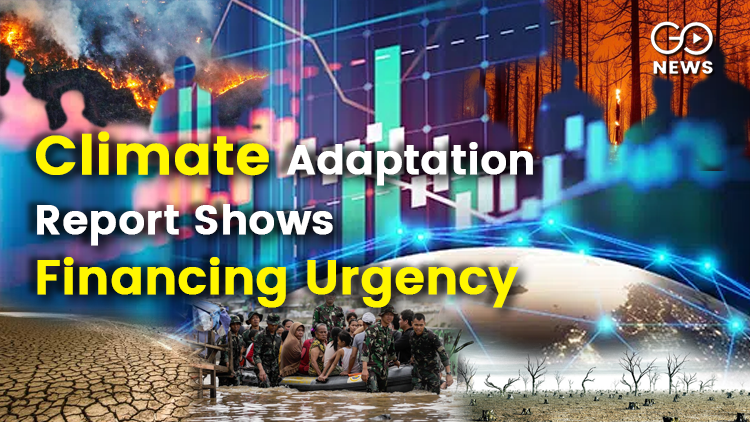 Even as a new energy transition declaration committed to phasing out coal was adopted by 46 countries at the ongoing COP 26 climate action conference, the United Nations stressed on climate adaptation today. A new report by the UNEP titled ‘The Adaptation Gap Report 2021: The Gathering Storm’ has found that financing and implementation of climate adaptation programs are under required levels despite increased action and awareness on the issue. Mitigation climate change effects is not just about cutting emissions. It is about adapting to the effects of global warming that has already happened.
Also Read:
Kerala | Dalit Scholar Deepa P Mohanan On Hunger Strike For 4 Days

Go News recently reported on climate change becoming a significant factor influencing migrations in India. The floods in Kerala and Uttarakhand this year have also been put down to climate change. The following map shows the countries with a climate adaptation plan in place. India is among such countries.

What The Adaptation Gap Report Has Found UNDP executive director Inger Andersen said that while efforts to cut emissions were also not up to the mark, there was a need for simultaneous efforts towards adaption: “Even if we were to turn off the tap on greenhouse gas emissions today, the impacts of climate change would be with us for many decades to come. We need a step change in adaptation ambition for funding and implementation to significantly reduce damages and losses from climate change. And we need it now.” A UNOPS report titled ‘Infrastructure for climate action’ released this year showed that Infrastructure creation accounts for the bulk of costs of climate adaptation at 88%, “with the majority of costs originating in the water and building sectors” 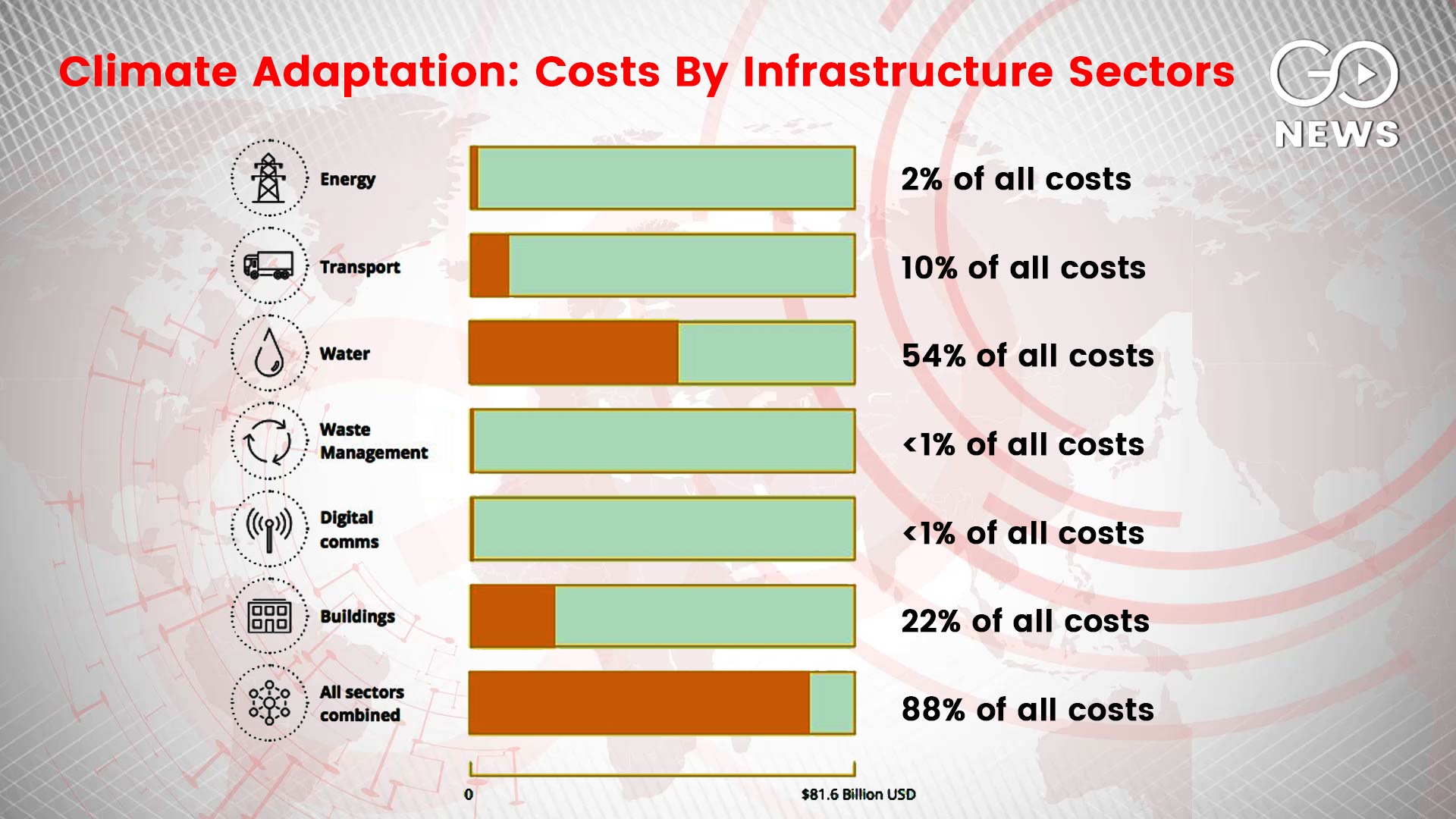 Urgency Of Climate Adaptation This report cites the Sixth Assessment Report by The Intergovernmental Panel on Climate Change (IPCC) which held that some climate change effects are now irreversible. Climate adaptation is urgent because even in the most optimistic scenario of cutting emissions, global warming will continue its effects I the “short and medium term” even if it is limited to 1.5 degrees above pre-industrial levels. “All this makes adaptation an increasingly urgent global imperative” it says. It further informs that despite some setbacks due to the COVID pandemic, “around 79 per cent of all countries have now adopted at least one national-level adaptation planning instrument (for example, a plan, strategy, policy or law)”. This is an increase of 7% over 2020. Weak climate financing for adaptation is among its major concerns. It states that currently , there is a gap between the requirement and actual public finance flows towards climate change adaptation in developing countries be a factor of five to ten times. “Adaptation financing is a major concern. The gap between  what we need to spend to adapt and what we are actually spending is widening. Estimated costs of adaptation continue to rise and could reach US$ 280-500 billion per year by 2050 for developing countries alone”. However, public climate financing is not keeping up with the rising estimates.

The report has found that the economic costs of climate change in developing countries is now higher than earlier estimates. Consequently, “the estimates of adaptation financing needs are increasing in many countries, often due to the incorporation of more sectors”. The following chart from the report presents a sectoral breakdown of quantified climate financing requirements: It can be seen that Agriculture, Infrastructure, Water, and Disaster take up the bulk of climate financing assessments.