Will India wake up to light pollution? 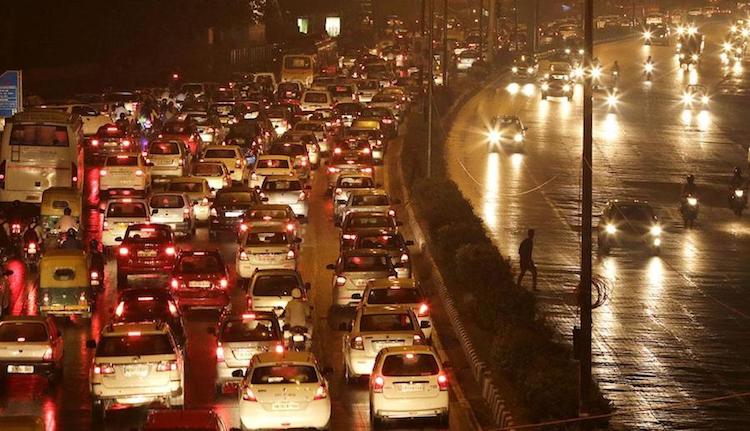 Satellite images show that India is now more urban than rural, anywhere between 65-70 per cent by some estimates, contrary to the belief that only around 30 per cent of India is urban. With rapid urbanisation were the perils of air and water pollution have hit us hard a major issue has been completely ignored especially in India. A phenomenon called light pollution, which is wreaking havoc in the natural world. Light pollution is the excessive artificial light produced by us in the night from our homes, offices, car headlights, streetlights, stadiums and other structures, which has unknowingly stolen our night sky. Also Read: Zero Hour For Congress In Delhi

When was the last time you saw the dance of the fireflies in your urban backyard or watched stars sprinkled in the night sky and the spectacular nebulas in the Milky Way? Today around 80 per cent of the human population lives in and around urban spaces where the night sky only glows from artificial lights posing serious threats to our natural environment. A common sight from your flight's window seat as the aircraft descends to land. Light pollution has a direct effect on the decline of insect population, which in turn affect other birds and animals that feed on them. With artificial light increasing by around two per cent per year globally, light pollution is now a major threat to wildlife populations to be discussed at the UN Wildlife Conference at the 13th meeting of the Conference of the Parties to the Convention on Migratory Species (CMS COP13) in Gandhinagar, Gujarat, from today (15 to 22 February 2020) This year CMS COP13 has a theme - Migratory species connect the planet and together we welcome them home. It is just not insects, which are affected by light pollution, but migratory turtles and birds crisscrossing continents as well as ecosystems at large are under threat. According to experts light pollution can disrupt critical behaviour in wildlife, stall the recovery of threatened species and interfere with their ability to undertake long-distance migrations integral to their life cycle. This can reduce breeding success and their chances of survival. Understanding how animals perceive light is important when considering guidelines to manage artificial light. It can disorientate adult and hatchling sea turtles, so they are unable to find the ocean. Several species of birds become disorientated from lights, resulting in higher bird mortality due to collisions with high rises. At CMS COP13, the menace of light pollution will be discussed for the first time following draft resolutions from the European Union and Australia. Natural darkness is important for conservation and provides a safe passage to migratory species. The resolutions will seek to raise awareness of the potential impacts of artificial light. The proposed guidelines are to provide a framework for assessing and managing the impact of artificial light on susceptible wildlife, including migratory species.
TAGS CMS COP13 Environment Light Pollution

MP: Another Farmer Dies In Queue After Waiting For Three Days To Sell Wheat At Procurement Centre

What Would India's Boycott Of China Mean For Its Economy?

By Rahul Gautam 11 hours ago