As Delhi Reserves Hospital Beds For Residents, A Look At The Condition In Neighbouring States 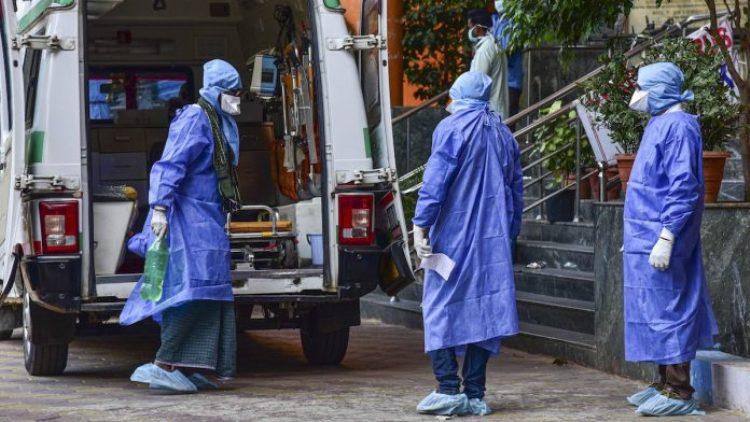 The Arvind Kejriwal government in Delhi on Sunday announced that beds in Delhi hospitals will be “reserved” for residents only even as the COVID-19 cases mushroomed in the national capital. He said that people outside Delhi can get treatment in hospitals under the Central Government where there is a capacity of 10,000 beds. But due to increasing pressure in the pandemic, Delhiites will be treated in Delhi hospitals.
Also Read:
COVID-19 Curve Flattens In Hotspot Dharavi, No Deaths In 7 Days

Meanwhile, the State Health Minister said that the number of infections in Delhi will touch 56,000 in the next 14 to 15 days. Therefore, the national capital would need 15,000 to 19,000 beds in Delhi hospitals. Data from the Center for Disease Dynamic, Economic and Policy (CDDEP) show that Delhi has 39,455 beds in all government and private hospitals. Of these, there are 24,383 beds in 109 government hospitals and 15,072 in 67 private hospitals. According to the World Health Organisation, there should be five beds per thousand population, but Delhi has only two and a half beds per such population. Delhi, Uttar Pradesh, Bihar, Jharkhand and Madhya Pradesh have the highest number of people coming to the capital Delhi for wages, jobs and treatment. These states constitute a good population of the country, but the health infrastructure in these states is very poor. According to the data, there are 281,402 beds in all 17,103 private and government hospitals across Uttar Pradesh: 30,857 in all 3,034 hospitals across Bihar, 26,496 in 1,364 hospitals across Jharkhand and 64,939 beds in 971 hospitals across Madhya Pradesh.