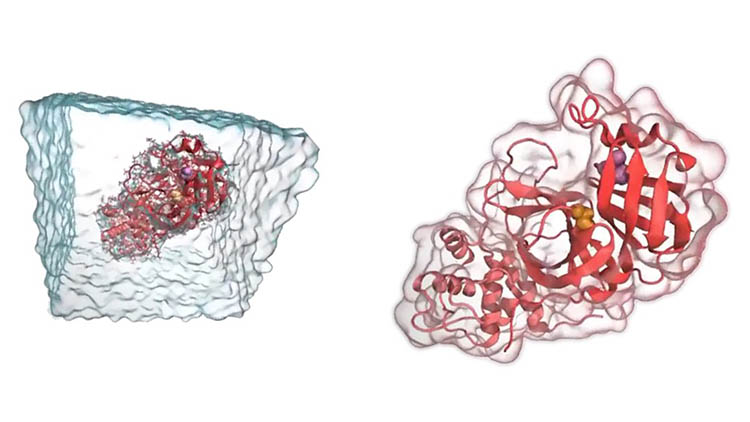 Astrobiologists supported in part by the NASA Astrobiology Program are applying their diverse skillset to the development of treatments for patients infected by COVID-19. The effort centres on the work of Professor Rachel Martin at the University of California at Irvine (UC Irvine). Martin is a principal investigator (PI) with the Exobiology program and her research focuses on predicting the properties of proteases found in extremophilic microorganisms on Earth. In particular, her team studies protease in microbes from very cold environments. These microbes can help astrobiologists understand how life as we know it might be able to survive in specific locations in the outer Solar System, such as the subsurface oceans of icy moons.
Also Read:
Indo-Nepal Relations Deteriorate Further, Nepal Now Blocks Repair Work On Gandak Dam

“If there is liquid water on Enceladus or other places in the outer Solar System, any life that’s there would be in very cold environments,” says Martin. “We want to understand how their proteases might work.” Proteases are enzymes in cells that cut other proteins and break them down into smaller pieces. These enzymes are used in many processes, from digestion to cellular maintenance. Proteins are made from long chains of amino acids, and proteases are able to clip those chains into smaller and smaller pieces, sometimes down to their component amino acids. For astrobiology, proteases are interesting molecules because many scientists believe that they are universal to life as we know it. As Martin puts it, “anything that has proteins has proteases,” and it is difficult to imagine life as we know it without proteins. 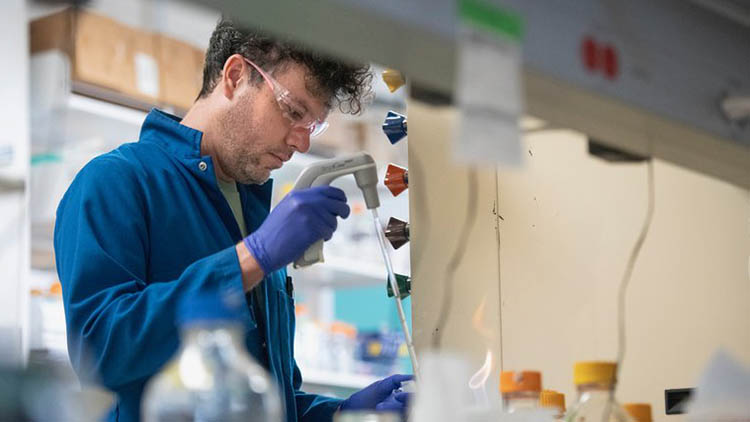 Martin’s team is collecting proteases from extremophiles on Earth and predicting their structural properties using molecular modelling. This allows the scientists to identify which molecules might be the most interesting to study in further detail through laboratory experiments. The research will help astrobiologists understand the minimal requirements for making a functional protease, and how these enzymes can be adapted to different environmental conditions. Astrobiology to Virology Earlier this year, as the global COVID-19 pandemic gained momentum, UC Irvine closed its campus along with other universities around the country. Lecture halls sat quiet as students and faculty began to shelter at home to help prevent the spread of the virus. Only activities related to COVID-19 research were allowed to continue. As Rachel Martin finished her final in-person lecture and began preparations for closing down her laboratory, she began to wonder what her team could do to help combat the virus. “It just seemed like a shame to not do anything when we have relevant skills,” Martin explains. Proteases are universal to life as we know it, but these enzymes are also critical pieces in the function of a virus. In short, viral infection involves the virus entering a cell and forcing it to produce viral proteins. However, viruses are small and, compared to a cell, don’t have a lot of molecular machinery to carry out basic functions like replication. When viruses hijack cellular machinery to make proteins, they first produce one long string of amino acids known as a poly-protein. This long chain is then cut into smaller pieces using a specific viral protease, and it is these smaller pieces that make up the functional viral proteins. 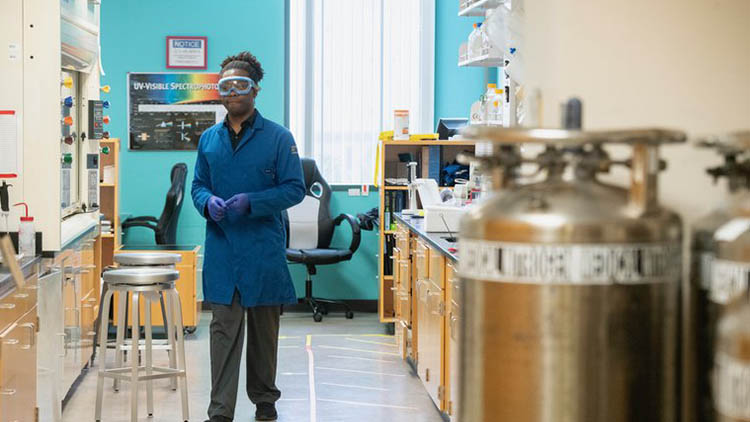 In a healthy cell, the genes that tell the cell how to make specific proteins are written in DNA that is located in the cell’s nucleus. Those genes are transcribed into RNA, which leaves the nucleus and heads to another piece of cellular machinery called the ribosome. “The ribosome is like a little 3-D printer for making functional proteins,” explains Martin. “It makes enzymes… it makes all of the structural proteins that our cells need.” Coronaviruses carry RNA that mimics the cell’s RNA, and the virus takes over cellular machinery to turn its RNA into the poly-protein. Then protease moves in to chop the poly-protein into smaller pieces that make up the viral proteins. If you can stop the main protease of the virus from splicing the poly-protein into functional viral proteins, you can stop the virus dead in its tracks. Without a protease, the virus just produces one long, non-functional poly-protein, which is eventually degraded by the cell. “It’s like a ‘PAC-MAN’ with a mouth,” explains Martin. “If we can stick something in its mouth then it can’t do its job.” This strategy has been very successful in treating other types of viral infections, including human immunodeficiency viruses (HIV). It is important to note that HIV and SARS-CoV-2 are very different viruses, meaning that drugs like HIV protease inhibitors and Pre-Exposure Prophylaxis (PrEP) are unlikely to protect people form COVID-19. This means that specific therapeutic agents must be developed. “When COVID-19 hit, I was thinking ‘what can we do to contribute something?” says Martin. “The thing that made the most sense was to work on the main protease of the virus.” Martin spoke with colleagues at UC Irvine to develop a plan of action, & her lab was allowed to reopen. “My lab was shut down for about a week,” explains Martin, “But we were one of the first labs to go back and start working on COVID-19, at least outside of the medical school.” Martin’s lab was able to transition from research originally intended for studying extremophiles to looking at mutations in the SARS-CoV2 main protease. “Instead of looking at different proteins from extremophiles, we’re predicting structures of variants of that main protease,” says Martin. “Thinking about astrobiology is one thing, in terms of mapping out the minimal parameters for life. In many ways, looking at a viral protease is consistent with the spirit of our original work.” Courtesy Aaron Gronstal/NASA Astrobiology This is an edited version. For full story go to: astrobiology.nasa.gov