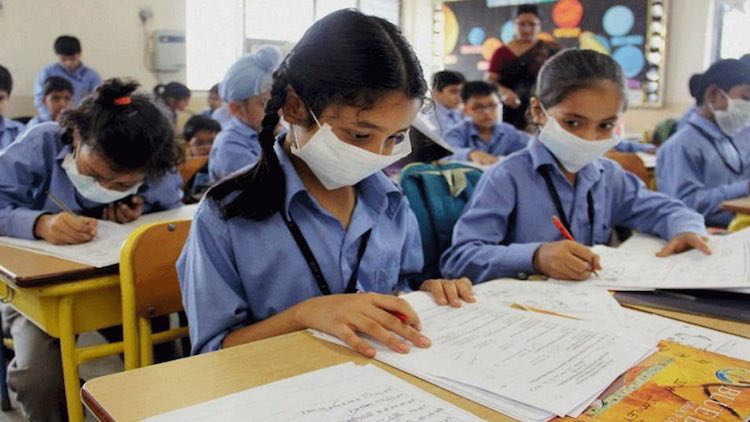 Climate change is already damaging the health of children around the world and is set to shape the wellbeing of an entire generation unless the world meets Paris Agreement targets to limit warming to well below 2˚C, according to a major new report published in The Lancet. New research from 35 global institutions published in The Lancet reports on extensive health damage from climate change and sets out the lifelong health consequences of rising temperatures for a child born today. The report notes: Also Read: Children Made To Run In Polluted Delhi Air For Photo-Op

Children will feel deadliest impact of disease outbreaks Children will be particularly susceptible to infectious diseases that rising temperatures and changing rainfall patterns will leave in their wake. Over the past 30 years, the number of climatically suitable days for Vibrio bacteria (that cause much of diarrhoeal disease globally) have doubled. Similarly, changing weather patterns are creating favourable environments for Vibrio cholerae bacteria, with global suitability rising almost 10% since the early 1980s—increasing the likelihood of cholera outbreaks in countries where the disease does not regularly occur. Spurred on by climate change, dengue is the most rapidly spreading mosquito-borne viral disease in the world. Nine of the 10 most hospitable years for dengue transmission have occurred since 2000. Around half of the world’s population are now at risk. Air quality will worsen—further damaging heart and lung health Through adolescence and into adulthood, a child born today will be breathing more toxic air, driven by fossil fuels and made worse by rising temperatures. This is especially damaging to young people as their lungs are still developing, so polluted air takes a great toll, contributing to reduced lung
function, worsening asthma, and increasing the risk of heart attacks and stroke. As global CO2 emissions from fossil fuels continue to rise (up 2.6% from 2016-2018), energy supply from coal is increasing (up 1.7% from 2016-2018), reversing a previous downward trend, while premature deaths related to PM2.5 remain stagnant at 2.9 million worldwide. Coal contributed to
over 440,000 premature deaths from PM 2.5 in 2016, and likely over 1 million deaths when all pollutants are considered. This might only be the tip of the iceberg, researchers say. If Europe were to experience PM2.5 at 2016 levels over the lifetime of the current population, economic losses and health costs of air pollution-related disease and premature death could reach €129 billion a year.
TAGS air pollution Delhi pollution Paris Agreement lancet report The Lancet Child & Adolescent Health Climate Change under-5 children children