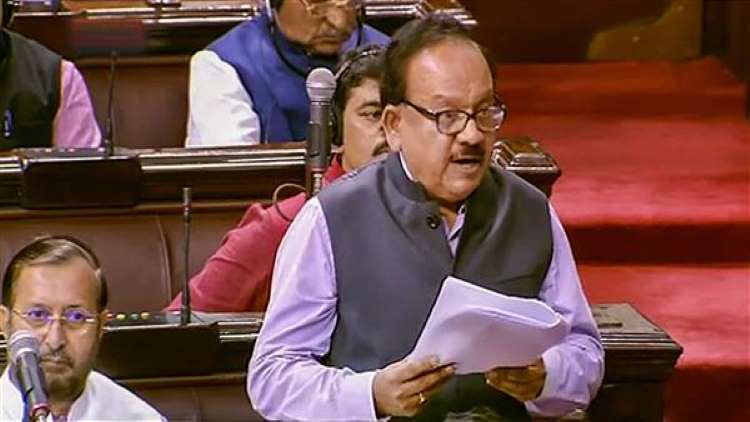 During the ongoing Parliament Monsoon Session amid the Coronavirus pandemic, Union Health Minister Dr Harsh Vardhan reiterated that India has fewer cases and deaths as compared to other similarly affected nations. Due to the efforts of the Central Government, the Union Minister said the country has been able to limit its cases to 3,328 and deaths to 55 per million population, which is the lowest in the world.

Statement by Union Health Minister Dr Harsh Vardhan regarding #CovidPandemic & the Steps taken by the Govt of India in #LokSabha@MoHFW_INDIA @PMOIndia #ParliamentSessionhttps://t.co/3jME7umm7t

He also said that more than one lakh cases and deaths were reported in the country mainly from Maharashtra, Andhra Pradesh, Tamil Nadu, Karnataka, UP, Delhi, West Bengal, Bihar, Telangana, Odisha, Assam, Kerala and Gujarat. He also praised the Govt efforts to combat COVID-19 under the leadership of Prime Minister Narendra Modi. PM Modi and all his ministers have been claiming the same from the beginning but the ground situation is the opposite. The World Health Organization (WHO) has said that currently, India’s COVID-19 outbreak is the fastest growing in the world, after the US. Statistics show that in August alone, over 2 million cases were reported across the country, while no other nation reported such number of cases in a single month. Since the first case in the country, the cases have been increasing manifold. Each day more than 90,000 new infections are being reported in the country. The WHO has said that since the start of September, more than 1,000 COVID-19 deaths on average are being registered per day. Over the last 24 hours, 92,071 fresh cases were reported, bringing the total infections past 4.8 million and active cases at over 9,85,000, while the death toll is close to 80,000.  All these figures reveal the hollowness of the claims of ‘India’s success’ made by the Union Health Minister Dr Harsh Vardhan and PM Modi in preventing the pandemic as compared to other countries.