COVID-19 Spread In Rural India: Shortage Of Doctors A Hurdle 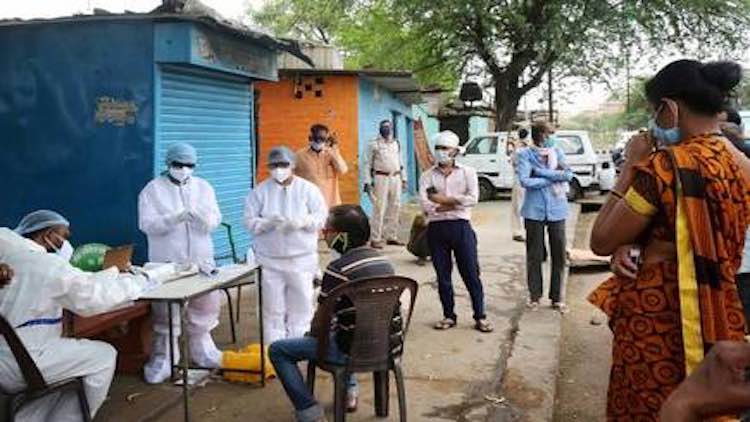 PM Modi had asked for 21 days to win the war against Coronavirus, but after battling for almost 5 months, the situation is getting worse day by day. Now the country's largest bank SBI report has expressed deep concern over the spread of infection in the villages. According to the bank, 51 percent of new corona cases were coming from rural areas in July, which has increased to 54 percent in August. The spread of infection in villages is bound to worry because the health infrastructure in the villages of the country is very weak. A 2019 report of the Union Health Ministry states that community health centres operating in rural areas are facing a huge shortage of doctors.
Also Read:
Centre Withdraws 10,000 Paramilitary Troops From Jammu And Kashmir

According to statistics, there are a total of 33,000 rural community health centers in the country but there is a severe shortage of doctors and health workers at these centers. There should be 21,340 doctors deployed at these centers but only 3,881 serve here. This means that many community health centers in the country do not have a single doctor. Where there are, there are only a few. These figures show that community health centers across the country are poor and hopeless to treat coronavirus patients. Although all the state governments have declared some of their hospitals as corona hospitals, but the speed with which patients are coming out, the situation is not going to get better with a few hospitals in front of them. According to the Health Ministry data, the worst condition is in Uttar Pradesh. In this state with a population of more than 200 million, most people live in villages, but there are only 484 doctors for community centers and there is a shortage of Rs 2,232 doctors. That is, there is only one government doctor on a population of more than four lakhs. The second number is from West Bengal where there are only 71 doctors at community centers and there is a shortage of 1321 doctors. There are only 455 doctors in Rajasthan and the posts of 1,829 doctors are vacant here. In the southern state of Tamil Nadu, only 179 doctors are serving in rural areas and there is an additional requirement of 1,361 doctors. Health structure is also very poor in PM Modi's home state Gujarat model where there are 118 doctors in community health centers and there is a shortage of 1, 448 doctors. At the same time, Madhya Pradesh has only 104 doctors and Maharashtra has 485 doctors posted at community health centers. If the pace of infection does not stop in these areas, then it will not take long to reach the figure of deaths in lakhs.