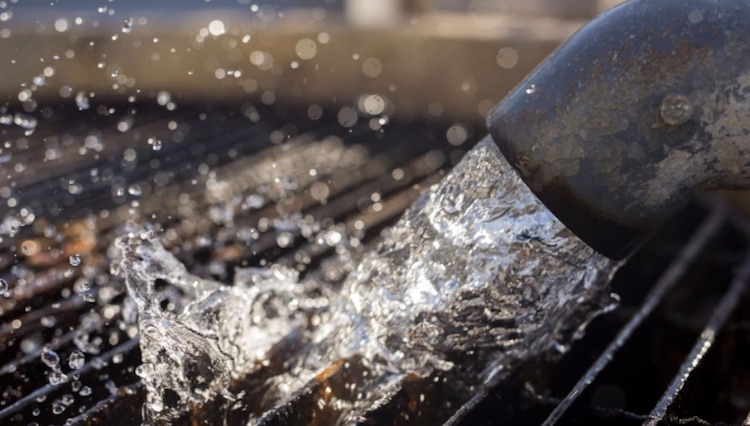 Latest findings based on wastewater analysis presented on Thursday by the Europe-wide SCORE group, in association with the EU drugs agency, the European Monitoring Centre for Drugs and Drug Addiction (EMCDDA), has found a rise in the consumption of four illicit drugs: amphetamine, cocaine, MDMA (ecstasy) and methamphetamine in Europe. The largest European project analysed wastewater in 68 cities in 23 European countries to explore the drug-taking behaviours of their inhabitants. Also Read: COVID-19 A Huge Setback To Global Airport Traffic And Revenue

From Stockholm to Barcelona and Santiago de Compostela to Nicosia, the study analysed daily wastewater samples in the catchment areas of wastewater treatment plants over a one-week period in March 2019. Wastewater from approximately 49 million people was analysed for traces of four illicit stimulant drugs: amphetamine, cocaine, MDMA (ecstasy) and methamphetamine (cannabis and heroin are not included in the study). Compared to previous years, the 2019 study points to an overall rise in the detection of the four drugs studied. Wastewater-based epidemiology is a scientific discipline with the potential for monitoring close to real-time, population-level trends in illicit drug use (see motion graphic for method) (2). By sampling a known source of wastewater, such as a sewage influent to a wastewater treatment plant, scientists can now estimate the quantity of drugs used in a community by measuring the levels of illicit drugs and their excreted metabolites (3). The SCORE group has been conducting annual wastewater monitoring campaigns since 2011. The 2019 results are released today in ‘Wastewater analysis and drugs — a European multi-city study’, an updated edition in the EMCDDA Perspectives on Drugs (POD) series. The POD includes an innovative interactive map and a chart-based tool allowing the user to look at geographical and temporal patterns and to zoom in on results per city and per drug. 2019 findings: what’s new? The 2019 findings offer a valuable snapshot of drug use patterns in the cities involved, revealing marked geographical and temporal variations: MDMA: The 2019 data point to increased residues of MDMA in most cities, which may reflect this drug no longer being a niche or subcultural drug limited to dance clubs and parties, but now being used by a broader range of young people in mainstream nightlife settings. Of the 42 cities with wastewater data for 2018 and 2019, 23 reported an increase. The highest residues of MDMA were found in cities in Belgium, Germany and the Netherlands. Amphetamine: The most recent data show that most cities reported an increase in amphetamine residues. Of the 41 cities with data for 2018 and 2019, 21 cities reported an increase for amphetamine. The results varied considerably across the study locations, with the highest levels reported in cities in the north and east of Europe. Amphetamine was found at much lower levels in cities in the south of Europe. Cocaine: Of the 45 cities with wastewater data for 2018 and 2019, the latest figures reveal a further increase in cocaine use in 27 of them. Cocaine residues in wastewater were highest in western and southern European cities, particularly in cities in Belgium, the Netherlands, Spain and the UK. The analysis points to very low levels of cocaine use in the majority of eastern European cities, but the most recent data show here also signs of increases. Methamphetamine: Traditionally concentrated in Czechia and Slovakia, methamphetamine now appears to be present in Cyprus, the east of Germany, Spain and several northern European countries (e.g. Denmark, Lithuania, Finland and Norway). Of the 42 cities with wastewater data on methamphetamine for 2018 and 2019, 17 cities reported an increase. However, in contrast to the other three drugs, methamphetamine residues were very low to negligible in most locations. Weekly patterns: More than three-quarters of cities showed higher residues of cocaine and MDMA in wastewater during the weekend (Friday to Monday) than during weekdays, reflecting the predominantly recreational use of these substances, now seen in a range of social settings. For amphetamine, half of cities show higher residues in wastewater during the weekend than during weekdays, possibly indicating more use in recreational settings than in the past. In contrast, methamphetamine was found to be distributed more evenly over the whole week, possibly reflecting this drug being associated with more on-going and high-risk consumption by a small cohort of users. City variations: The study highlighted differences between the cities within the same country. This may be partly explained by the different social and demographic characteristics of the cities concerned (universities, nightlife areas and age distribution of the population). In the vast majority of countries, with multiple study locations, residues were higher in large cities compared to smaller locations for all four substances. The EMCDDA adopts a multi-indicator approach to drug monitoring on the principle that no single measure can provide a full picture of the drug situation. It views wastewater analysis as a valuable additional tool which can provide timely information on a wide spectrum of substances. Alexis Goosdeel, EMCDDA Director says: ‘Wastewater analysis has demonstrated its utility over the last decade as an important new drug monitoring tool and a complement to more established monitoring methods. By delivering almost real-time data on drug use patterns, both geographically and over time, this novel approach can offer a valuable snapshot of drug use in key cities in Europe and an insight into emerging changes in behaviour. It is also showing promise in new areas, such as identifying, and estimating the use of, new psychoactive substances and assessing the outcome of interventions targeting drug supply. As a method, wastewater analysis has moved from being an experimental technique to being an important addition in our epidemiological toolkit’.
TAGS Sewage Water methamphetamine MDMA cocaine amphetamine illicit drugs use drug-taking behaviours SCORE group EU drugs agency Europe drugs illicit drugs stimulant drugs wastewater analysis