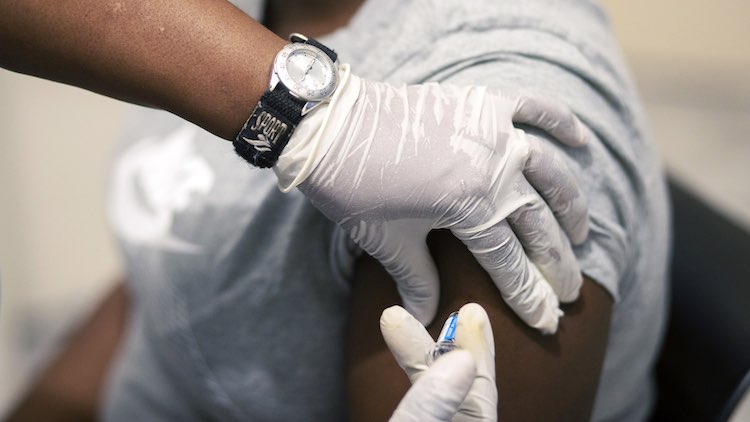 With the COVID-19 pandemic, vaccines are at the forefront of public health discussions. It is important to explore their benefit in not only protecting against viral or bacterial infection but also improving long-term health outcomes," said Maria C. Carrillo, Ph.D., Alzheimer's Association chief science officer. "It may turn out to be as simple as if you're taking care of your health in this way — getting vaccinated — you're also taking care of yourself in other ways, and these things add up to lower risk of Alzheimer's and other dementias," Carrillo said. "This research, while early, calls for further studies in large, diverse clinical trials to inform whether vaccinations as a public health strategy decrease our risk for developing dementia as we age." Seasonal Flu Vaccine May Reduce Incidence of Alzheimer's Dementia Previous research has suggested vaccinations may have a protective factor against cognitive decline, but there have been no large, comprehensive studies focused on the influenza (flu) vaccine and Alzheimer's disease risk, specifically. To address this gap, Albert Amran, a medical student at McGovern Medical School at The University of Texas Health Science Center at Houston, and team, investigated a large American health record dataset (n=9,066). Amran and team found having one flu vaccination was associated with a lower prevalence of Alzheimer's (odds ratio 0.83, p<0.0001), and among vaccinated patients receiving the flu vaccine more frequently was associated with an even lower prevalence of Alzheimer's (odds ratio 0.87, p=0.0342). Thus, people that consistently got their annual flu shot had a lower risk of Alzheimer's. This translated to an almost 6% reduced risk of Alzheimer's disease for patients between the ages of 75-84 for 16 years. The researchers found the protective association between the flu vaccine and the risk of Alzheimer's was strongest for those who received their first vaccine at a younger age — for example, the people who received their first documented flu shot at age 60 benefitted more than those who received their first flu shot at age 70. "Our study suggests that regular use of a very accessible and relatively cheap intervention — the flu shot — may significantly reduce risk of Alzheimer's dementia," Amran said. "More research is needed to explore the biological mechanism for this effect — why and how it works in the body — which is important as we explore effective preventive therapies for Alzheimer's." Pneumonia Vaccine May Reduce Alzheimer's Risk Later in Life Repurposing of existing vaccines may be a promising approach to Alzheimer's disease prevention. Svetlana Ukraintseva, Ph.D., Associate Research Professor in the Biodemography of Aging Research Unit (BARU) at Duke University Social Science Research Institute, and team, investigated associations between pneumococcal vaccination, with and without an accompanying seasonal flu shot, and the risk of Alzheimer's disease among 5,146 participants age 65+ from the Cardiovascular Health Study. The team also took into account a known genetic risk factor for Alzheimer's — the rs2075650 G allele in the TOMM40 gene. The researchers found that pneumococcal vaccination between ages 65-75 reduced risk of developing Alzheimer's by 25-30% after adjusting for sex, race, birth cohort, education, smoking, and number of G alleles. The largest reduction in the risk of Alzheimer's (up to 40%) was observed among people vaccinated against pneumonia who were non-carriers of the risk gene. Total number of vaccinations against pneumonia and the flu between ages 65 and 75 was also associated with a lower risk of Alzheimer's; however, the effect was not evident for the flu shot alone. "Vaccinations against pneumonia before age 75 may reduce Alzheimer's risk later in life, depending on individual genotype," Ukraintseva said. "These data suggest that pneumococcal vaccine may be a promising candidate for personalized Alzheimer's prevention, particularly in non-carriers of certain risk genes." Infection Substantially Increases Mortality in People with Dementia People living with dementia commonly experience other health conditions including viral, bacterial, and other infections. There is a growing trend in research to investigate whether infections might be worsening, more life-threatening or possibly causing dementia. Janet Janbek, a PhD student at the Danish Dementia Research Centre, Rigshospitalet and the University of Copenhagen in Denmark, and team, used data from national health registries to investigate mortality in Danish residents over age 65 (n=1,496,436) who had visited the hospital with an infection. They found that people with both dementia and such hospital visits died at 6.5 times higher rate compared with people who had neither. Study participants with either dementia alone or infection-related contacts alone had a threefold increased rate. The rate of mortality was highest within the first 30 days following the hospital visit. The researchers also found that for people living with dementia the mortality rates remained elevated for 10 years after the initial infection-related hospital visit, and mortality rates from all infections (including major infections like sepsis to minor ear infections) were higher compared with people without dementia or without an infection-related hospital visit. "Our study supports the need to investigate these relations even further; to find out why infections are linked to higher mortality in people with dementia, specifically which risk factors and biological mechanisms are involved. This will help advance our understanding of the role of infections in dementia," said Janbek. "Our study suggests that the health care system — as well as relatives of people with dementia — should have increased awareness of people with dementia who get infections, so they get the medical care they need. People with dementia require more specialized treatment even when their hospital visits are not directly due to their dementia but to what might appear to be an unrelated infection," Janbek added.