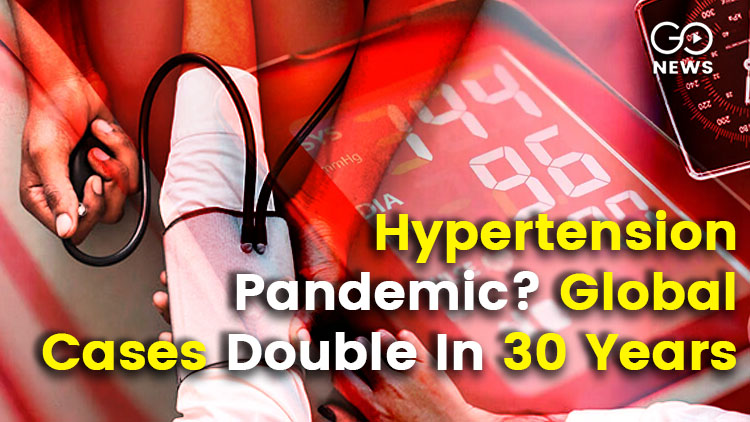 The number of people dealing with hypertension (high blood pressure) has doubled in the world over the past 30 years. British journal The Lancet has cited a report by the organization Non-Communicable Disease Risk Factor Collaboration, from which this information is taken. Compared to 1990, the number of people suffering from high blood pressure (BP) increased to 127.8 crore in 2019. Of these, 62.6 are women and 65.2 are men. According to the research, 41% women and 51% men are unaware of this condition, and consequently, by 2019 nearly 50% of all high blood pressure cases went untreated.
Also Read:
World Bank: Climate Change Will Displace 216 Million Internally Across Globe

53% of men and 62% women affected by high BP did not seek treatment. Less than one in four women and one in five men get treatment for high BP, the report says. According to a report by The Times of India, there are 85 lakh deaths annually directly related to hypertension, which in turn causes stroke, heart, and kidney diseases. The report states that by reducing blood pressure, the risk of stroke, heart attack, and heart failure can be reduced by 35-40%, 20-25%, and almost 50% respectively. Even in the Indian context, there has been an increase in hypertension casesover the past 30 years since 1990. 28% Indian women and 29% men were suffering from hypertension in 1990, whereas in 2019 this figure increased to 32% and 38% respectively. At 24%, The hypertension rates amongst women are lowest in Taiwan, South Korea, Japan, Switzerland, Spain and Britain. Similarly, the lowest rate of hypertension in men are in Eritrea, Bangladesh, Ethiopia, and Solomon Islands at 25%. Although the effects of this condition can be seen worldwide, yet the low and middle-income countries suffer more from it, and these countries also have lower rates of control and treatment. In Nepal, Indonesia, and many countries of Sub-Saharan Africa, and Oceania, the rate of treatment was less than 25% among women and 20% for men. The rate of treatment was higher in Eastern Europe, Middle and East Asia, the Middle East and Northern Africa, whereas the rate of control was still low. The authors of the study have said that the best tracing, treatmet, and control mechanisms exist in Costa Rica, Chile, Turkey, Kazakhstan, and South Africa. This report published by The Lancet can emerge as a cause for worry since experts believe that the COVID pandemic has shifted the attention of governments away from the realities of the hypertension crisis. Forbes quoted Robert Story, a cardiology professor at Scheffield University (UK), as saying that the heart disease pandemic has received underwhelming attention over the past 18 months. With the publication of this report, the WHO has also issued guidelines related to the medical treatment of high blood pressure. In this, it has recommended starting anti-hypertensive treatment for those with confirmed hypertension and systolic blood pressure of 140 mmHg (millimeter of mercury) or more, and for those with diastolic blood pressure of 90 mmHg or more.