India’s Immunisation Programme Still Has A Long Way To Go-IMI 2.0 Is On The Way

India’s immunisation programme is the largest in the world with an annual birth cohort of 55 million infants and pregnant women. The government, in association with Unicef, has been pushing the programme under a ‘Mission Indradhanush’ . The task is massive. About 38% of children were left uncovered in 2016.  The Mission Indradhanush (MI) was launched in December 2014 and an ‘intensified’ MI (IMI) in 2017 for covering those left out. Between April 2015 and July 2017,  25.5 million children and 6.9 million pregnant women were vaccinated. The Intensified MI saw an increase of 18.5% full coverage across 190 districts and a post-IMI survey in 2018 showed that Assam and the North-East states had the most success while Bihar, Rajasthan and Uttar Pradesh were left behind. Also Read: GDP Growth Falls To 4.5%, Worst In Over 6 Years

The government’s expanded Immunization Programme was first introduced in 1978 and modified as the ‘Universal Immunisation Programme’ (UIP) to be implemented in phased manner to cover all districts in the country by 1989-90. Between 1991 and 2017, the government reported a steady fall in infant mortality rate from 80 to 33 per 1,000 live births. 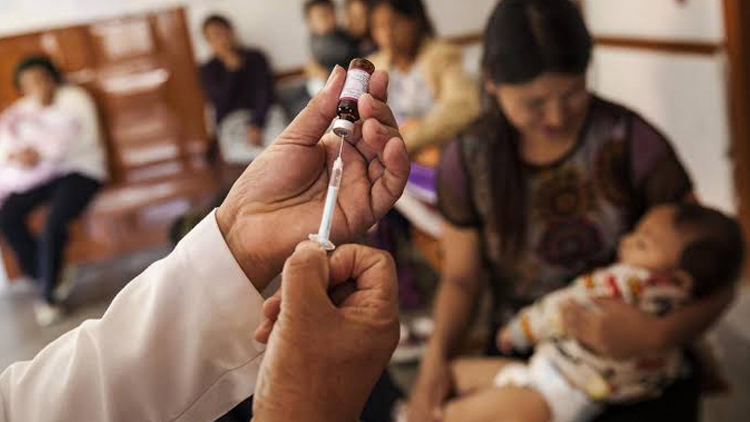 Finding itself falling short of targets, the government has now launched the Intensified Mission Indradhanush 2.0. It’s objective is to reach 90% full coverage of new-borns by 2020 through planned approaches to reach all children , including vulnerable groups, especially the marginalised and ‘vaccine-hesitant populations’. This programme will be operational from December 2, 2019 to March 2020 across 271 districts. The problems of reach, however, are challenging. Among the reasons for missing vaccinations is a lack of awareness, which comprises 45% of no-shows. This is followed by a fear of adverse effects and resistance to vaccination, especially among urban slum-dwellers and tribals.

The basic vaccinations comprise at least one dose of BCG vaccine, which protects against tuberculosis; three doses of DPT vaccine( against diphtheria, pertussis or whooping cough and tetanus); three doses of the polio vaccine and one dose of the measles vaccine. Due to the timeline, many children remain under-vaccinated.

(National Media Workshop on 'Intensified Mission Indradhanush 2.0' organised by GOI and Unicef) Given the scale of the task, the role of Unicef will be crucial in convergent planning, community engagement and youth outreach. The first workshop of media was organised this week where print, radio, TV and digital media professionals were asked to spread the word on IMI 2.0
TAGS media Pregnancy UP Rajasthan Bihar North-East Assam vaccination Child mortality Health Intensified Mission Indradhanush 2.0 India immunisation programme unicef immunisation