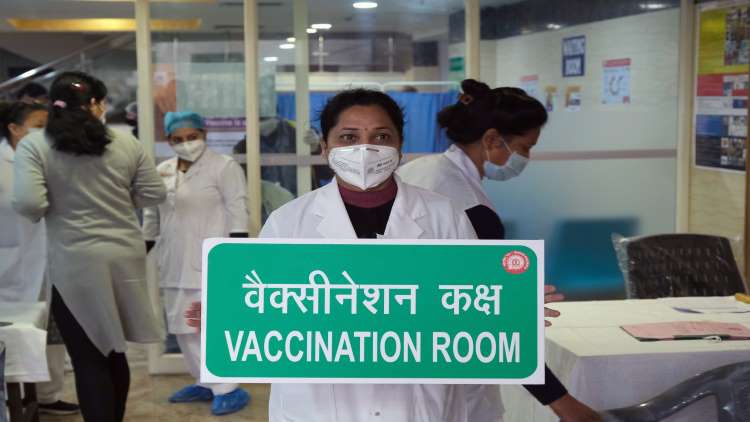 Despite all efforts from the government, the COVID-19 vaccination drive in India is running into resistance as doctors and health care workers are keeping a distance from it due to fear of side effects and doubts about vaccine efficiency. As of 26 January, 20,29,424 people have been vaccinated, i.e., only about 54.5% people eligible have stepped forward to get the shot. Experts say whenever a new vaccine arrives, doubts remain. From smallpox to polio, every vaccine was initially viewed with suspicion.
Also Read:
The Road To Red Fort: A First-Person Account Of Farmers' March From Singhu Border

COVID-19 vaccination in India began on 16 January and so far only about 54.5% of people eligible have come forward to get vaccinated, whereas at present the priority group of vaccine doctors and people associated with health care are the beneficiaries. In this context, 45.5 out of 100 people of this group have not been vaccinated. In addition, there are problems with the vial of the Covishield vaccine. It cannot be left open. It has to be used within four hours of opening the vial. In such a situation, the dose of vaccine is also being spoiled due to not more people having it. Some states have adopted the method of applying the vaccine through spot registration so that the vaccine can stop wastage. But this cannot be a solution, especially when more people are about to get vaccinated in the next phase. The Government of India has planned to vaccinate one crore health care workers and two crore frontline workers first. Rumour has it worldwide that the corona vaccine may also cause DNA changes. Especially this is being said for the vaccine made by the mRNA technique of Pfizer and Moderna. The most worrying thing is that only doctors in India are unable to believe the vaccine. The reason is that it usually takes 8-9 years for the vaccine to be approved, but the corona vaccine arrived less than a year later. Doctors also feel that the vaccine has been brought in haste without going through all the stages of the tests. Covishield's Phase-3 trials have taken place abroad and its effectiveness has been between 62 and 90 percent. At the same time, phase-3 clinical trials on large scale of Covaxin have also not been completed. Due to this, its effect has not been properly assessed. This is the reason why even those working in the medical field seem to be avoiding vaccine. By the way, it is also true that whenever a vaccine program has come, it has faced some kind of rumours. There were rumours that polio vaccine affects fertility in children and that pig fat is used in oral polio vaccine. The World Health Organisation had to clarify that no pig or any extracted substance was used in the vaccine. At the same time, many health experts say that academics should give data from the trials. This will decode the results and bring transparency. Otherwise, doubts will persist about the vaccine.