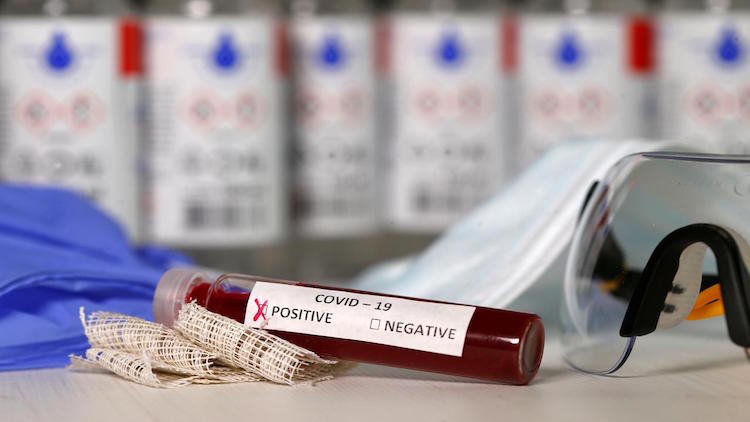 A new triple antiviral drug combination has shown early promise in treating less severe COVID-19 in phase 2 randomised trial, a study published in The Lancet said. A two-week course of therapy combining three antiviral drugs — interferon beta-1b, developed to combat multiple sclerosis, lopinavir–ritonavir, an anti-HIV therapy, and ribavirin, a hepatitis C treatment — is safe and more effective at reducing the duration of viral shedding than lopinavir–ritonavir alone in patients with mild to moderate illness, according to the first randomised trial of this triple combination therapy. Also Read: On The Rise Coronavirus Cases In India: State-Wise Data

The study authors also stressed the need for larger phase 3 trials to examine the effectiveness of this triple combination in critically ill patients.

“Our trial demonstrates that early treatment of mild to moderate COVID-19 with a triple combination of antiviral drugs may rapidly suppress the amount of virus in a patient’s body, relieve symptoms, and reduce the risk to health-care workers by reducing the duration and quantity of viral shedding (when the virus is detectable and potentially transmissible). Furthermore, the treatment combination appeared safe and well tolerated by patients”, says Professor Kwok-Yung Yuen from the University of Hong Kong who led the research. He continues, “Despite these encouraging findings, we must confirm in larger phase 3 trials that interferon beta-1b alone or in combination with other drugs is effective in patients with more severe illness (in whom the virus has had more time to replicate).” The study enrolled 127 adults (aged 18 and older) from six public hospitals with laboratory-confirmed SARS-CoV-2 infection between February 10 and March 20 in Hong Kong. Treatment with the triple drug combination effectively suppressed viral load (with no detectable virus) in the nasopharyngeal swab within an average 7 days of starting treatment, which was significantly shorter than the average 12 days in the control group, treated with lopinavir–ritonavir alone, the study said. Sarah Shalhoub from Western University in Canada, who was not involved in the HKU research, said: “This study presents a step towards finding a much-needed therapy” for Covid-19. However, she urged further study of the “efficacy of interferon beta-1b alone or in combination with other drugs to treat severe or critically ill patients”.
TAGS triple drug combination Hong Kong The Lancet antiviral drug COVID-19 COVID-19 pandemic coronavirus pandemic Coronavirus in India coronavirus