Pandemic & The Palate: The Quandary Of Ordering Food 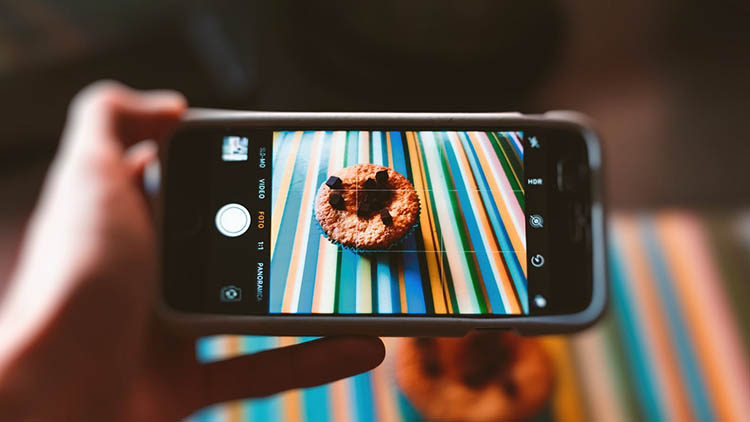 So it’s lockdown 3.0 and we’re into ‘relaxation mode’. Liquor is flowing once again, but what about delivered food? Trepidation over the ‘risks’ of ordering from outside has bothered many food lovers since the lockdown. Now, with COVID-19 cases continuing to spike at a record rate across the country, they’re not exactly any more comforted. Food delivery giants Swiggy and Zomato saw a 25% drop in their business after the pandemic broke out and especially after the lockdowns. This despite the $4 bn Indian restaurant business taking a major hit with dining banned.

For many families, the singular joy of eating ordered meals during the lockdown is somewhat fraught with the fear of the coronavirus ‘lurking’ into their homes. Although it has not yet been ‘established’ that there is a clear and present danger, the COVID-19 infection of a pizza delivery agent last month in South Delhi’s Malviya Nagar, leading to the quarantine of 72 families, created a scare. It was unclear whether the rider picked up the virus from a home where he visited or from contact elsewhere. Delivery agents are as much at risk as customers. Another scare came on April 19 when a food delivery rider in Hyderabad tested COVID-19 positive after which the Telangana Government banned Swiggy and Zomato in the state ‘till further notice’.

(Riders delivering food at risk themselves as well. Courtesy: Zomato)

With regard to the South Delhi incident, a Zomato spokesperson told GoNews that “some of these orders delivered by the restaurant staff were placed on Zomato. We are not sure whether the rider was infected at the time of delivery”. The spokesperson went on to say that “the individual (who was) infected is not a Zomato delivery partner. He is an employee at the restaurant. The restaurant he worked for was listed on Zomato” In a nutshell, Zomato lists restaurants online, but it’s not necessary that the company’s own riders will deliver, which is what one normally assumes. That leaves a big question mark over the safety practices at any given outlet and who at the end of the day comes to your doorstep. Orders placed on Zomato have also been delivered on cycle by non-staffers, according to some customers. However, food delivery services assure that there is no danger. “We check body temperatures of tens of thousands of our riders every day to make sure this essential service runs as safely as possible”, Zomato says. The food delivery majors have of course initiated ‘contactless’ delivery to assuage concerns of customers. Customers can opt to allow the delivery partner to leave the package outside their home, ensuring no human-to-human interaction. Several customers are going to greater lengths. “If we do order, I’ve suggested a number of precautions”, says John Samson, a dentist based in Pune who lives with his wife and two teenagers. “I insist that the food is picked up from the gate by wearing gloves and a mask, and then kept in a box on a stool outside the main door. After that, we microwave the food and sanitize the box before disposing it”. “It may be a psychosis or one just doesn’t know, this virus is so uncanny. We used to order once in a while before the pandemic came to India but have not been ordering for a while. I'm a bit of a hypochondriac that way”, says Vikas Khurana, who along with his wife runs a patisserie in Gurugram which itself does not deliver. In an interim guideline last month, the WHO had stated that: “There is no evidence to date of viruses that cause respiratory illnesses being transmitted via food or food packaging. Coronaviruses cannot multiply in food; they need an animal or human host to multiply”. Yet strangely enough, the same document goes on to say that “Alternatively, as the respiratory droplets are too heavy to be airborne, they land on objects and surfaces surrounding the infected person. It is possible that someone may become infected by touching a contaminated surface, object, or the hand…”

“I ordered in pizza from Domino’s twice during this lockdown. But yes, the ‘delivery man scare’ does have an effect on my thinking. I might not be ordering for the time being. My daughter gave me a warning!” says Parab Singh, a South Delhi businessman. “I read that the virus can live for long periods on surfaces. God knows how many hands have touched it”, his daughter remarks. However, there are people who cannot cook themselves, or do not have the time to cook too many meals and many others for whom ordering food is a major convenience. In several housing societies there are large common tables designated where delivery agents leave the food. And then there are those who are in the ‘dekhi jayegi’ category. Alok Lal, an avid foodie from Delhi’s Green Park area says that if a few basic sanitisation steps are taken, ordering food should be no problem. “I’ve been ordering at least 2-3 times a week. If I were to get that paranoid, I’ll probably never be able to step out of my house even when the lockdown’s lifted”, he says. “Besides, I love food too much”, he quips. There’s still no way of knowing with this mysterious virus and how it behaves. The jury is still out there. Ultimately, it narrows down to the choices one makes. At best, it leaves us with some food for thought.