June 16 - Health workers in Russia face threats and retaliation from employers and law enforcement for speaking out about unsafe working conditions during the Covid-19 pandemic, Human Rights Watch said. Unsafe conditions include a lack of adequate personal protective equipment to safely treat suspected or confirmed patients and prevent the spread of disease.

While health workers faced the most acute shortages in protective gear in March and April, Human Rights Watch found that supplies the government promised have not fully materialized and that health workers continue to face health risks as community transmission of the virus remains high.

“Instead of listening to health workers’ legitimate concerns about safety and trying to address them, employers and officials in some cases disciplined or even prosecuted them for speaking out,” said Hugh Williamson, Europe and Central Asia director at Human Rights Watch. “Front-line medical workers should be able to report hazardous conditions without being threatened, fired, or prosecuted.” 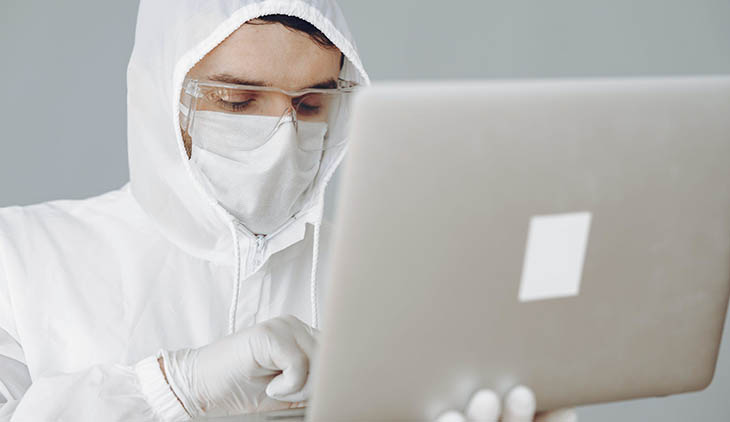 Human Rights Watch interviewed 14 health workers from 11 regions, including Moscow and St. Petersburg, between May 15 and June 1, 2020. They worked in public ambulances and at inpatient and outpatient facilities, and included doctors, paramedics, nurse practitioners, a maternity nurse, and a nursing student. Eleven of them were women. Human Rights Watch also analyzed laws, decrees, and policy documents, and interviewed a representative of a health workers’ union and the head of a charitable organization providing personal protective equipment to hospitals.

Human Rights Watch also reviewed numerous health workers’ posts on social media and traditional media about their situation. The health workers interviewed may not be representative of the broader population, but Human Rights Watch observed patterns and similarities in their accounts of gaps in occupational safety and health protection during the pandemic, consistent with accounts cited in media reports.

Russia announced its first confirmed cases of Covid-19 on January 31 and now has over 511,000 known infections, the third-highest number in the world. On March 29, Moscow, the epicenter of the epidemic, ordered a lockdown through June 8, and most regions followed suit.

By April, health workers were taking to social media to protest what they said was inadequate personal protective equipment in facilities admitting Covid-19 patients. A website commemorating health workers who have died from Covid-19 listed 406 names as of June 12. At least 186 of these cases were corroborated by the news outlet Mediazona. On May 26, the Ministry of Health said that 101 health workers had died from coronavirus.

In a March 19 decree, the Health Ministry said that all ambulance, inpatient, and outpatient facilities interacting with suspected or confirmed Covid-19 patients should be adequately stocked with personal protective equipment, including a cap, surgical gown, gloves, and respirator, regardless of whether they perform aerosol-generating procedures, a standard higher than the World Health Organization (WHO) recommends. But in many places these supplies did not arrive for up to one month later.
Also Read:
Plan To Conduct ICC T20 World Cup 'Unrealistic': Cricket Australia

For more on this story go to: hrw.org