Sexual Abuse Of Males: Shrouded In The Shadows

Male rape and sexual abuse has a negative connotation to it among both heterosexual and homosexual men. In a patriarchal society, it is difficult for men to even talk about rape, let alone report it. A significant portion of victims of rape, molestation and other sexual violence are men. Rape in India has been defined as a crime solely committed against women. Section 375 of IPC defines rape as a criminal offence  associated with women only. Indian law does not consider a man as ‘victim’ and a woman as ‘offender’. Cases of male rape are charged under sodomy in India.  The Criminal Law (Amendment) Bill, 2018, imposes the death penalty for rape of girls below 12 years. The minimum punishment in case of rape of women has been increased from 7 to 10 years. Also, for perpetrators whose victims are girls under the age of 16, the  punishment has been increased from 10 to 20 years, extendable to life imprisonment. However, legislation makes no mention of males whatsoever.
Also Read:
Kashmir Is India’s Internal Issue, Pak Instigating Terrorism In J&K: Rahul Gandhi

Government data reveals that over 50% of child sexual abuse victims are boys  And most males are abused between the ages of 5 and 15. Around 60% of the victims are molested or raped more than once.  A survey conducted on adult men in India, shows that one out of every 5 males is raped or molested at least once in their lives. In several cases, the offenders are women. Most of these men are aware of male molestation and rape but are not sure as to what constitutes as molestation of their sex.  So what is Male Molestation exactly? According to 1in6.org, an organisation that acts as a helpline for male survivors, “Many things qualify as ‘unwanted sexual experiences’, even if at first a boy or man was grateful for the attention. It could include an experience that a man may not be ready to label as ‘sexual abuse’ or ‘sexual assault’, or even understand how it might have been.” There are a lot of myths around male rape and molestation which is why men don’t report the abuse. The common myths are that sexual abuse doesn’t affect men and questions the masculinity of the person. Also, that women cannot practically rape men is among the top myths associated  with male rape. Which is why males often spend years before they even acknowledge a violation has taken place. GoNews surveyed a sample size of men which highlighted the problem of admission:

Research has found male survivors suffer from the effects of assault similar to that of female survivors. Rape trauma syndrome and post-traumatic stress disorder are common psychological manifestations of sexual assault. With societal constructs of men’s emotional strength and stoicism, there are additional concerns for men who have been sexually assaulted. Thus, it is important to address the issues faced by both male and female survivors. Rohit, survivor of male rape, told GoNews India: “I was in class 8 when the first incident took place. He was our hostel rector. He spanked me playfully after lunch and smiled. I ignored it but each day he used to make even stronger advances and before I knew it, I was raped in his cabin.”  On asking if he filed a complaint against the rector, he said, “It wasn’t easy. What I’m talking about happened 12 years ago. It was a different time. I told the principal but instead I was slapped and was suspended for a week. For the longest time of my life, I thought that it was somehow my fault for being raped.” He went on to say that “We live in a country where being raped is seen as a question mark on the victim’s masculinity, but not as a crime. I know now that I’m not alone, but as a child, it was difficult for me, to pick myself up from that situation. I don’t want any other guy to go through the pain. At least not alone.” Most of the times, the abuser is from the victim’s immediate family or circle, an indication of which is given in the GoNews survey below: 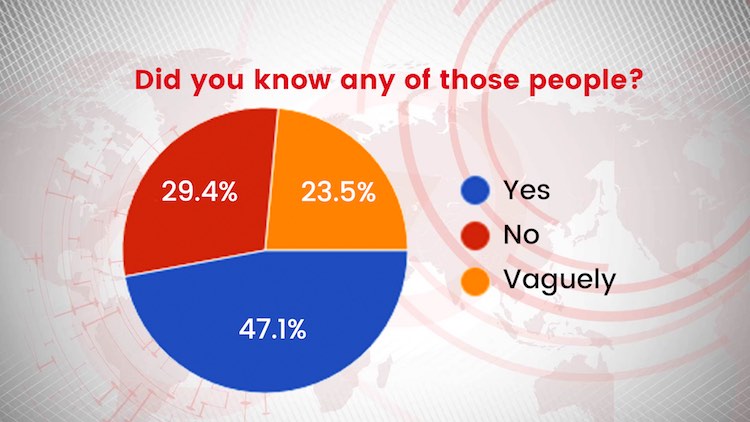 Among many reasons for not being aware, discomfort and embarrassment is foremost. Male rapes and molestations have always been a taboo, not only in India but all over the world. It is sexist, stereotypical and outdated to still believe that men cannot be forced upon or taken up against their will. Living in a male dominated  society where men have always been considered the stronger sex, male rape and molestation lives mostly in the shadows.

By Arjun Banerjee 16 hours ago

By Pankaj Pachauri 1 day ago