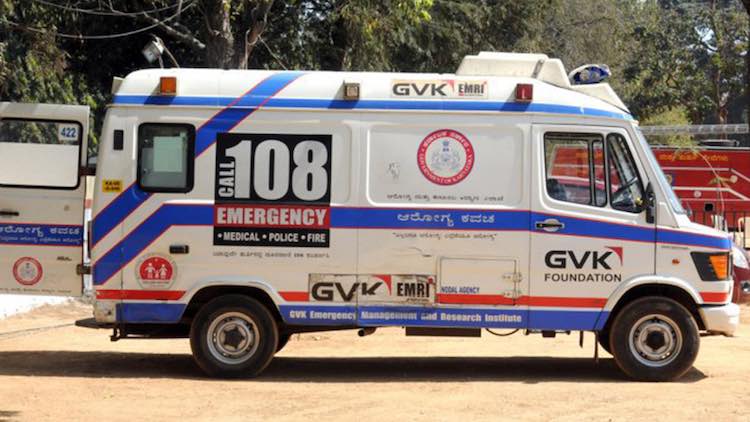 The condition of the Indian healthcare system can be gauged from the fact that there are only 25,851 ambulances for about 130 crore people across the country, MoS for Health Ashwini Kumar Choubey recently informed the Lok Sabha. A large number of people die due to unavailability of ambulance services during an emergency, especially in rural areas. In 2016, about 30% of total deaths in road accidents occurred due to inaccessibility of ambulances.
Also Read:
Unilateral Division of J&K Is An Assault On The Federal Structure Of India

Out of 25,951, a total of 9,305 ambulances are under Dial 108, 10,589 ambulances under Dial 102/104, besides 5,957 other patient transport vehicles. The state-wise data indicates that Dial 108 services are not available in about 10 states and Union Territories which includes West Bengal, Bihar, Jammu and Kashmir, Arunachal Pradesh, Manipur, Mizoram, Nagaland, Tripura, Andaman & Nicobar Islands, Dadra & Nagar Haveli, Lakshadweep and Delhi. In addition, populous states like Bihar has a total of 1102 ambulances, Rajasthan has 1317, Odisha has 1004, Uttarakhand has 245, Karnataka has 911, Haryana has 359, Punjab has 242, Uttar Pradesh has 4008, West Bengal has 4073 and the National Capital has 234 ambulances operated under the National Health Mission (NHM). In a statement showing state-wise approval of funds for National Ambulances Service for the Financial Year 2019-20, several states have been given funds for ambulance services. But despite low ambulance services in Tripura, Punjab, Kerala, Andaman & Nicobar Islands, Dadra & Nagar Haveli, Lakshadweep, Puducherry and Jammu & Kashmir, the funds have not been given to these states.