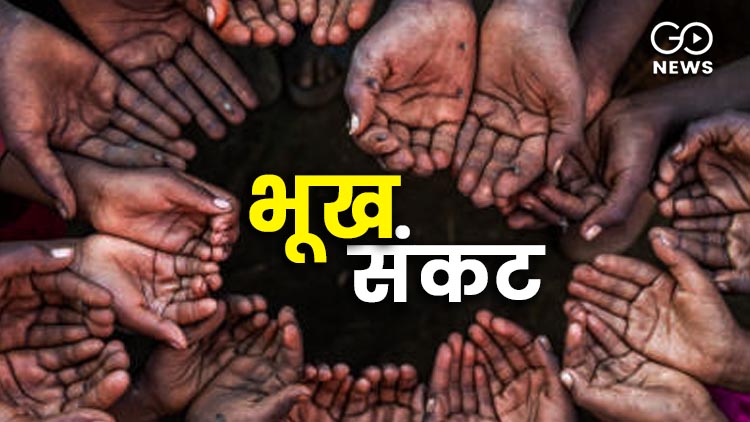 Years of growth has gone into reverse mode due to the increasing levels of food insecurity in the world. The income and supply chain was disrupted due to COVID. Earlier, the increase in hunger was seen due to socio-economic conditions, natural hazards, climate change and other factors. Now a serious increase in food insecurity has been registered in the world due to COVID. Due to this, vulnerable families have been affected in almost every country and its impact is expected to last this year as well as next year.
Also Read:
In Pandemic Year, HDFC Pips SBI On Credit Card Use

A UN-FAO report titled 'The State of Food Security and Nutrition in the World 2021' states that in the year 2020, between 720 to 811 million people faced hunger in the world. Although it was being estimated to reach 768 million, after the survey, it saw an increase of 118 million. If we look at the figures, this is about 161 million more than the year 2019. The report has been jointly prepared by the Food and Agriculture Organization of the UN (FAO), the International Fund for Agricultural Development (IFAD), the UN Children's Fund (UNICEF), the World Food Program (WFP) and the World Health Organization (WHO). The report states that more than half of the 418 million people in Asia of the 720-811 million experienced hunger during the year 2020. According to the report, about one-third of the total number of people from Africa, about 282 million had to face severe hunger. Apart from these, 60 million people in Latin America and Caribbean countries faced hunger. According to the report, in the year 2020, about 2.37 billion people of the world did not have enough food. This has seen an increase of 320 million as compared to 2019. For example, moderate and severe food insecurity has been increasing continuously for the last six years and now according to the report, it is affecting 30 percent of the world's population. Of these, 18.5% of the population is facing severe food insecurity. The report states that the problem of stunting is increasing in the world due to food insecurity. According to the report, in the year 2020, an estimated 22 percent or 149.2 million children under the age of five were victims of stunting. 6.7 percent or 45.4 million of the world is suffering from Wasting and 5.7 percent or 38.9 million were suffering from the problem of overweight. The report fears that reducing the problem of stunting to 12.8 percent by 2030 could be a challenge. If we talk about India, during the year 2018-19, 15.3 percent of the total population in India was malnourished. In the year 2020, 17.3% of children under five years had the problem of wasting. See the figures, about 31 percent of the five-year-old children of the country are victims of stunting. However, these are improving as compared to 41.7% in the year 2012.