‘Udta India’: How High Is The Country? 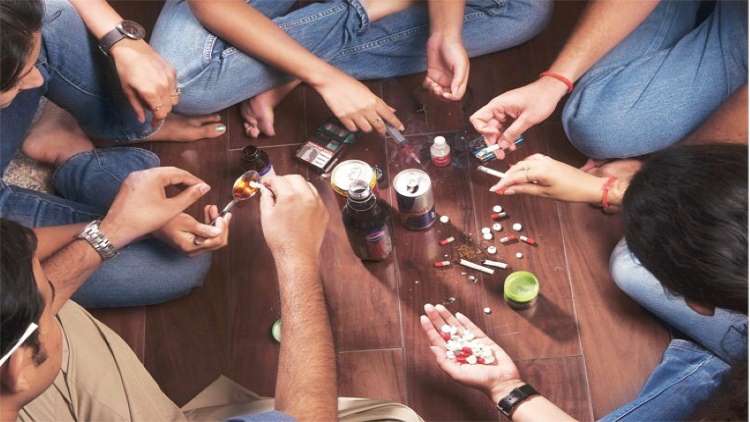 The death of young Bollywood actor Sushant Singh Rajput has stirred up a debate on drug consumption in the country. Now, the Narcotics Control Bureau (NCB) will summon actors Sara Ali Khan, Shraddha Kapoor and many others for questioning. But apart from the high-profile case related to drugs, a large population of the country, including minors up to 17 years of age, is consuming drugs like cannabis, opium and there is a stark silence on it. According to the Ministry of Social Justice and Empowerment 2018 data, 31 million people in the country are reported to have consumed a cannabis product, of which 2 million are minors aged between 10 and 17 years. Similarly, 25 million people consume opium, of which 4 million are minors. The number of people who eat sleeping pills is 13 million and among them 2 million are minors. Nearly 9 million people are addicted to whitener fluid, of which 3 million are minors. Around 1.2 million people consume one of the most expensive drugs, cocaine, and among them 2 lakh are children.
Also Read:
Over 1 Lakh Posts Lying Vacant In Central Armed Police Forces

Moreover, about 2.4 million people consume MDMA and ecstasy and about 2.2 million take LSD drugs. The total number of children consuming them is about six lakhs. Overall 83.8 million Indians are addicted to illicit drugs. In addition to them, millions of Indians imbibe alcohol, cigarettes and tobacco. This shows that a large population of the country is in the grip of intoxication, but no steps on how they can be pulled out of the addiction. The terrible situation can be gauged from the National Crime Records Bureau figures of drug seizure. As per NCRB 2018 data, 11,82,171.1 kg Ganja, 3,84,533.6 kg, 1,22,818 kg charas and 19,640 kg heroin were recovered across the country. These figures reveal that there is no shortage of demand and consumption of drugs in the country and in such a situation, it would not be wrong to say 'Udta India' on the lines of 'Udta Punjab', a film based on the consumption of drugs.