In September 2011, 10 years after the 9/11 terror attacks that triggered the American invasion of Afghanistan, there were 102,100 American troops in Afghanistan, including Active Duty, National Guard/Reserve troops, and civilians including contractors and others. Now this number is 6,000.

As the Afghanistan crisis continues with increased focus on evacuations of foreign nationals and soldiers from the country, the United States has come under criticism internationally and domestically over the issue of troop withdrawal. In September 2011, 10 years after the 9/11 terror attacks that triggered the American invasion of Afghanistan, there were 102,100 American troops in Afghanistan, including Active Duty, National Guard/Reserve troops, and civilians including contractors and others.
Also Read:
“Listen To The Words And Look At The Deeds”: China. On Taliban 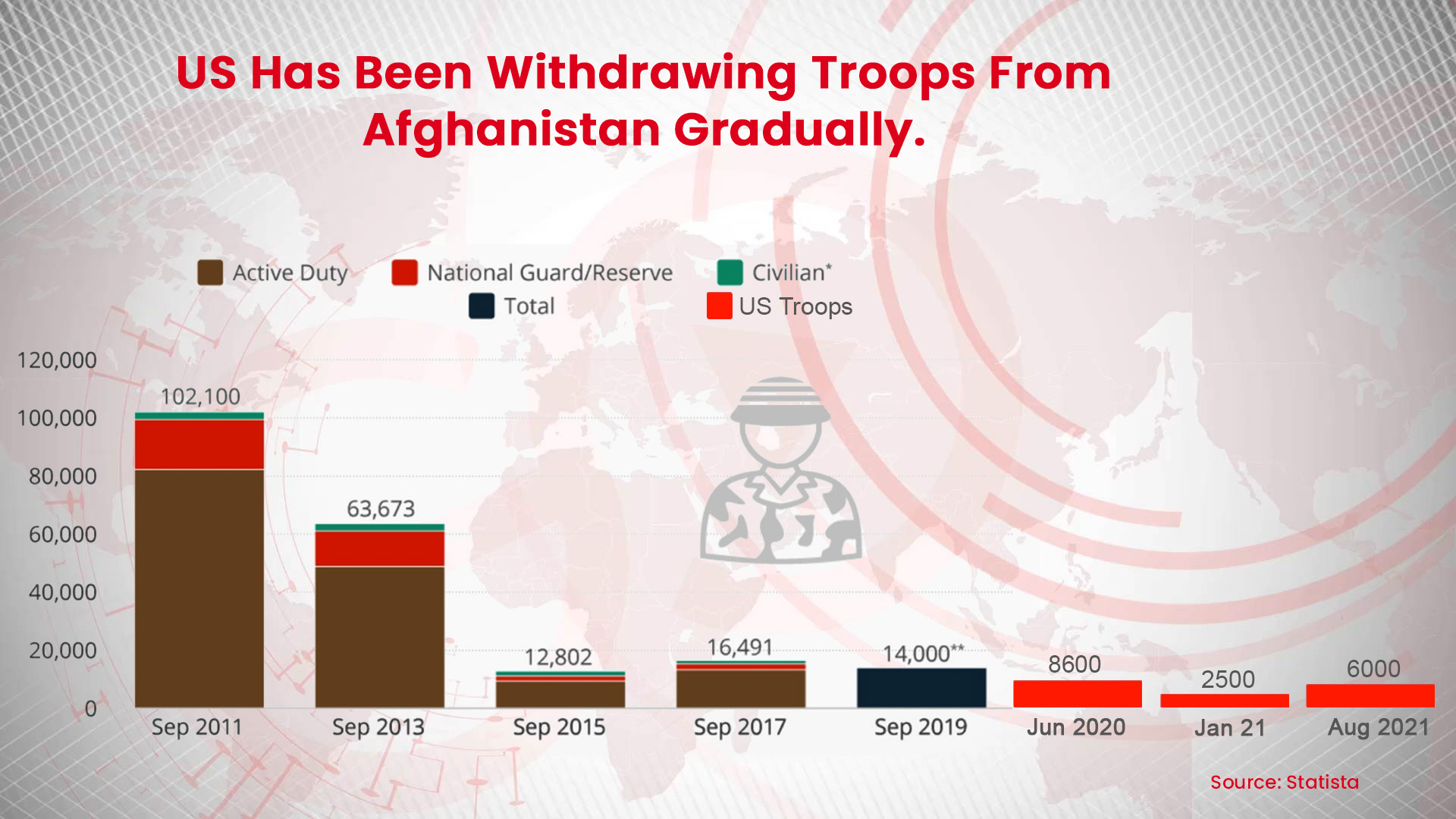 In February 2020, President Trump signed a withdrawal deal with the Taliban and set the date for May 1, 2021. His successor Joe Biden followed through on the promise, saying that it was an inevitable conclusion to the situation. In June 2020 there were 8,600 American troops in Afghanistan, which came down to 2,500 in January. With the escalation in violence and evacuation of their nationals, the American troop deployment has increased to 6,000 at present. Critics of Joe Biden, including senior Republican Senator Mitch McConnell, have said that the 2,500 troops stationed in Afghanistan could have stabilized the U.S.-backed government without American casualties. He called the withdrawal process “clumsy”, and attacked the President saying “He should have done the right thing for the country”.   "We only had 2,500 troops there, light touch, no chaos, not a single American soldier killed in a year in combat” McConnell said. Biden defended his decision by saying that the options were "either following through on the agreement to withdraw our forces, or escalating the conflict and sending thousands more American troops back into combat in Afghanistan, lurching into the third decade of conflict”. Biden had made troop withdrawal from Afghanistan a campaign issue in his previous Presidential bid, and so had former President Barack Obama. White House National Security Advisor Jake Sullivan also countered claims of American withdrawal affecting on-ground efficacy by pointing out that even when troop deployment was increased in 2017 under President Trump, the opposition fighters made gains. He said, referring to the Taliban takeover amidst the retreat of the U.S. military: "What has unfolded over the past month has proven decisively that it would have taken a significant American troop presence, multiple times greater than what President Biden was handed, to stop a Taliban onslaught. And we would have taken casualties." However, President Biden stated recently that he will keep American troops in Afghanistan even past the August 31 deadline to secure American evacuations.