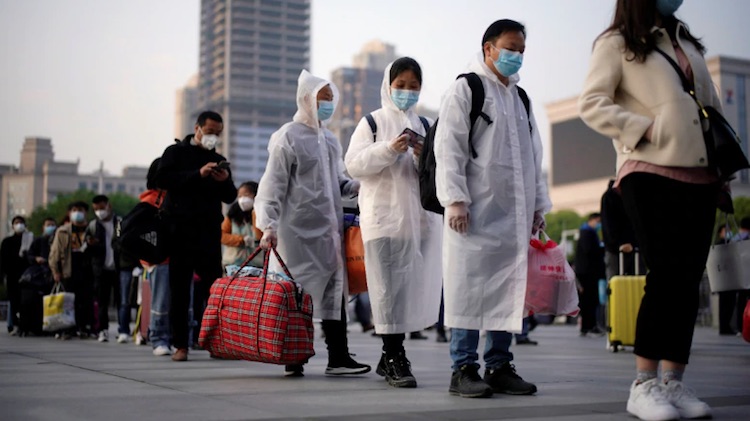 China’s Wuhan, which was the very first epicentre of the coronavirus, is now free from lockdown. Celebrations are taking place in various parts of the city after the lockdown ended after 76 days. Wuhan, located in the Hubei province, is China’s seventh-largest city, where the first case of the coronavirus had come to light in December 2019. Also Read: On The Rise: State-Wise Coronavirus Cases In India

Following this, Wuhan had been cut off from the rest of China on January 23. After the lockdown was removed, this city of more than 1 crore people breathed a sigh of relief and movement re-started. According to the news agency Associated Press, around 65,000 people left Wuhan within a few hours of the end of the lockdown. These people used trains, aircraft and roads to leave Wuhan. The first passenger train started on Wednesday midnight at 12.50 after the lockdown ended. At night, highways, roads, bridges and tunnels were also opened, where traffic could be seen. However, agencies were keeping a watch on everybody’s movement during this time as well. The Chinese government has launched a mobile app with data tracking and surveillance features to monitor its citizens. This app contains information related to every person’s health.  Through this app, it can be found out how healthy you are and whether you have come into contact with an infected person. Therefore, the police and other agencies are allowing people to leave the city only after taking a look at their smartphones. However, despite this, there is an atmosphere of celebration among people. Soon after the lockdown ended, ‘WelcomeBackWuhan’ began trending on Chinese social media site Weibo.
TAGS WelocmeBackWuhan coronavirus lockdown Lockdown COVID-19 pandemic COVID-19 coronavirus pandemic coronavirus outbreak coronavirus Wuhan China