Significantly, the Taliban has also excluded India from its list of invitees to the government formation ceremony. 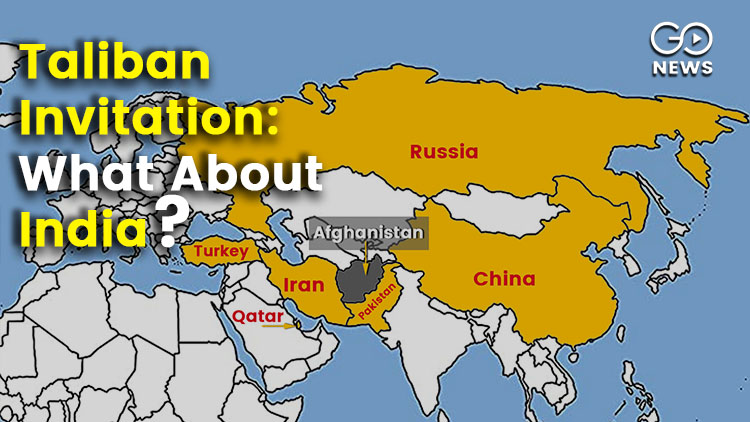 The Taliban is in the final stages of government formation in Afghanistan. The group has claimed that its fighters have taken control of Panjshir valley. According to media reports, the Taliban’s spokesperson said on Monday that war is over in Afghanistan and the group hopes for a stable Afghanistan in the future. The Russian news agency Tass reported that the Taliban has invited Pakistan, Turkey, Qatar, Russia, China, and Iran to its government formation ceremony. Afghanistan’s neighbouring countries like Turkmenistan, Uzbekistan, and Tajikistan have not been invited, and the date of the government’s formation remains undisclosed as yet.
Also Read:
Japan PM Bows Out Facing Anger Over COVID Crisis

Significantly, the Taliban has also excluded India from its list of invitees to the ceremony. This is despite the media hype that accompanied the UN Security Council’s resolution (under India’s month-long presidency) that omitted any reference to Taliban as a terrorist group in context of the bombing of Kabul airport. The Indian media painted it as India’s ‘support’ for the group. India’s former Permanent Representative to the United Nations, Syed Akbaruddin, had tweeted on August 28 about the aforementioned UNSC resolution. Sharing a screenshots of two UNSC resolutions released nearly two weeks apart between 16th and 28th August. He asked users to compare both, writing a fortnight is a long time in diplomacy, and the ‘T Word’ (i.e., Taliban) had now been dropped. It is notable that under India’s presidency, the UNSC had passed two resolutions regarding the Afghanistan crisis. The UNSC press statement dated 16th August 2021 states that: “the members of the Security Council reaffirmed the importance of combating terrorism in Afghanistan to ensure the territory of Afghanistan should not be used to threaten or attack any country, and that neither the Taliban nor any other Afghan group or individual should support terrorists operating on the territory of any other country” Subsequently, the United Nations’ statement released on 27th August did not mention the word “Taliban”. In its statement, the UN simply said that “the territory of Afghanistan should not be used to threaten or attack any other country, and that no Afghan group or individual should support terrorists operating on the territory f any country” After this, Indian envoy Deepak Mittal met Taliban’s political chief Sher Mohammad Abbas Stanekzai in Doha, Qatar. Although it is being claimed by various sources that India had been in talks with Taliban over the past months, but the official meeting was confirmed only for August 31st. India has stated that this meeting was initiated by the Taliban, but experts say that this signals a shift in India’s position. It is also worth noting that during India’s presidency of the UNSC, a resolution asked the Taliban to act against terrorist groups operating in Afghanistan. The resolution had named Lashkar-e-Taiba (LeT) and Jaish-e-Mohamad (JeM) as well, two groups active in the Kashmir valley against India. Russia and China, two of the Security Council’s five permanent representatives, had distanced themselves from this resolution. Now, these two are among the countries that have been invited to the Taliban’s government-formation ceremony. This points to a concerning development not just for India but for the international community as well.