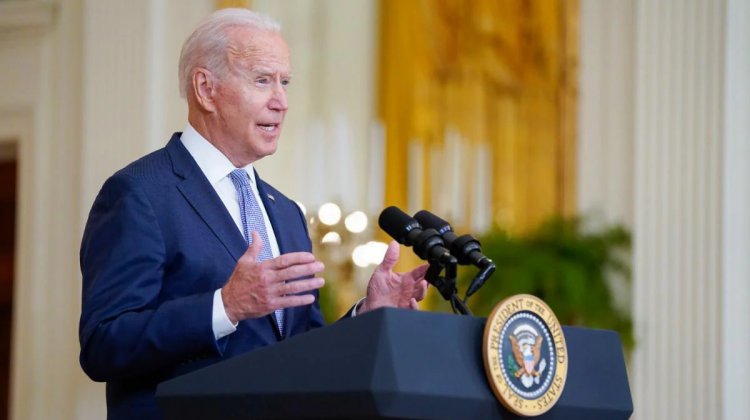 After the Taliban rejected any possibility of extending the evacuation deadline beyond August 31, U.S. President Joe Biden has stated from the White House that the evacuation process will be completed by the stipulated deadline of August 31.

We have made significant progress in the last ten days. pic.twitter.com/yySjGDwFO6

This comes after it was reported that G-7 allies expected the U.S. to move towards an extension, given that it looks unlikely that all who want to will be able to make it out of the country, particularly Afghan nationals. However, Biden said in the latest press briefing that the G-7 will follow a “united” approach to the Afghanistan crisis and that all engagement with the group will be coordinated.
Also Read:
Tokyo 2021 Paralympics Begins On High Note

U.K. Prime Minister Boris Johnson has said that the G-7 has evolved a common roadmap “for the way in which we are going to engage” with the Taliban. He said that the “number one condition we’re setting as G-7 is that they’ve got to guarantee… a safe passage who want to come out”.  Significantly, he said that that such evacuations should be allowed to continue after August 31 too. There was no specific shift in the issue of recognizing the Taliban. Biden reiterated that the U.S. and its G-7 allies would “judge them [Taliban] by their actions” and that the “national obligations” of Afghanistan included not letting terrorism breed there, a statement echoed previously by other world leaders. The hurried and panicked evacuation process being conducted under the shadow of Taliban guns has garnered international attention and concern for those stranded. China has presented the Afghanistan scenario as a demonstration of Western geopolitical failure and unreliable, self-seeking allyship, while also reaching out to Taliban to play a “developmental” goal in the region. The U.S. President also said that humanitarian needs in Afghanistan were a priority for his country and the United Nations. This comes amid news of Federal Reserve, IMF, and World Bank undertaking various actions against Afghanistan to curb the Taliban’s power, resulting in shockwaves in its already struggling economy. Biden said that the U.S., G-7, and U.N. talked about “our mutual obligation” to Afghan refugees and those who assisted US-NATO forces in various capacities. Biden pointed to the US and allies’ “commitment” in bringing those people out of Afghanistan. Yesterday, it was reported that 12,000 people were evacuated in 12 hours. This brings the total number of people who the US has directly evacuated or helped to relocate to 70,7000 since the breakneck process began on August 14. The European Union is also bracing for a possible migrant and refugee influx like the one witnessed in 2015 when the fallout of the Syrian civil war resulted In people streaming into Europe from the entire region. Recently, there have been isolated incidents of “terror threats” being discovered among Afghan repatriates in France and the U.K., but the issue of hosting migrants is also politically divisive and incendiary across the European Union. To this effect, Austrian Interior Minister Karl Nehammer has stated that "It must be our goal to keep the majority of the people in the region”. Austria is considered one of the “hard line” countries against migrations, and has proposed ‘deportation camps’ for Afghan refugees. However, the EU Home Affairs Commissioner Ylva Johansson had said earlier this month that “While we continue our work to address risks of irregular migration, fight against human smuggling and manage our borders effectively, we need to offer legal, safe and organised pathways towards the EU"