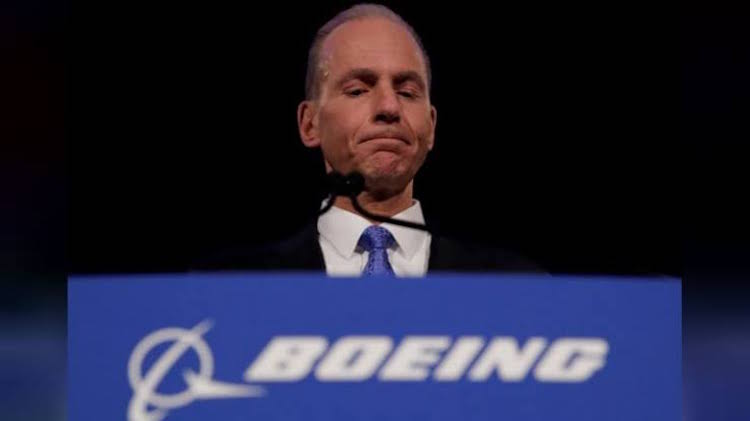 After two plane crashes involving its best-selling 737 Max plane which left 346 dead, Boeing said on Monday that it had fired its Chief Executive Officer Dennis A. Muilenburg. Over nine months of continuous pressure, Boeing's CEO was finally forced to resign, in an effort to bring to a close the worst crisis in the manufacturing giant’s 103-year history.

It has now been proved that the Boeing 737 MAX aircraft had serious lapses in its rushed production but was still flown, causing two terrible accidents—one in October 2018 in Indonesia and the other in March 2019 in Ethiopia. The accidents were primarily blamed on a design failure. US regulatory authority, Federal Aviation Administration (FAA), itself had said that after the Lion Air crash in Indonesia it knew of the dangers the aircraft carries if it continues to fly. On March 10, a 737 MAX plane of Ethiopian Airlines crashed, killing 157 people. Earlier, 189 people were killed in a Lion Air crash in Indonesia. The aircraft has been grounded since March 2019, and the company and its airline customers have lost billions of dollars. Under heavy pressure, 500 of Boeing's best-selling plane were ordered out of service over the company’s alleged negligence and the company was under fire for having a culture that places profits above people. Boeing is to halt production of its controversial 737 Max airliner in January, however, the shutdown will be temporary.