Canada: Why Are Children's Graves Being Found In Schools? 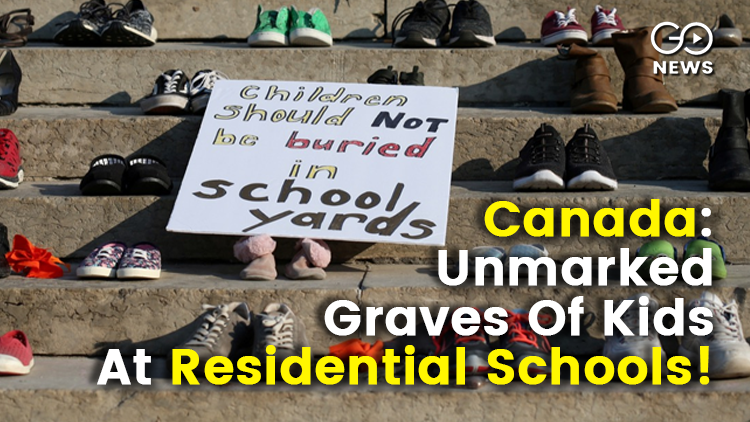 It was reported yesterday that indigenous communities of Canada (also referred to as ‘Indians’, ‘Natives’ and ‘First Nations’) have begun a fresh search for new unmarked graves of their community’s children at residential schools in Ontario, Canada.

A major outrage and national reckoning occurred earlier this year after sites across the nation began turning up unmarked graves of Native children who had been forced to attend residential schools throughout the 19th and 20th centuries amid the colonization of the lands that presently constitute Canada. There have been more than 1,200 discoveries of such graves across the country as depicted in the map below. 150,000 Indigenous children were forced to attend these schools of which 60% were run by the Catholic Church. 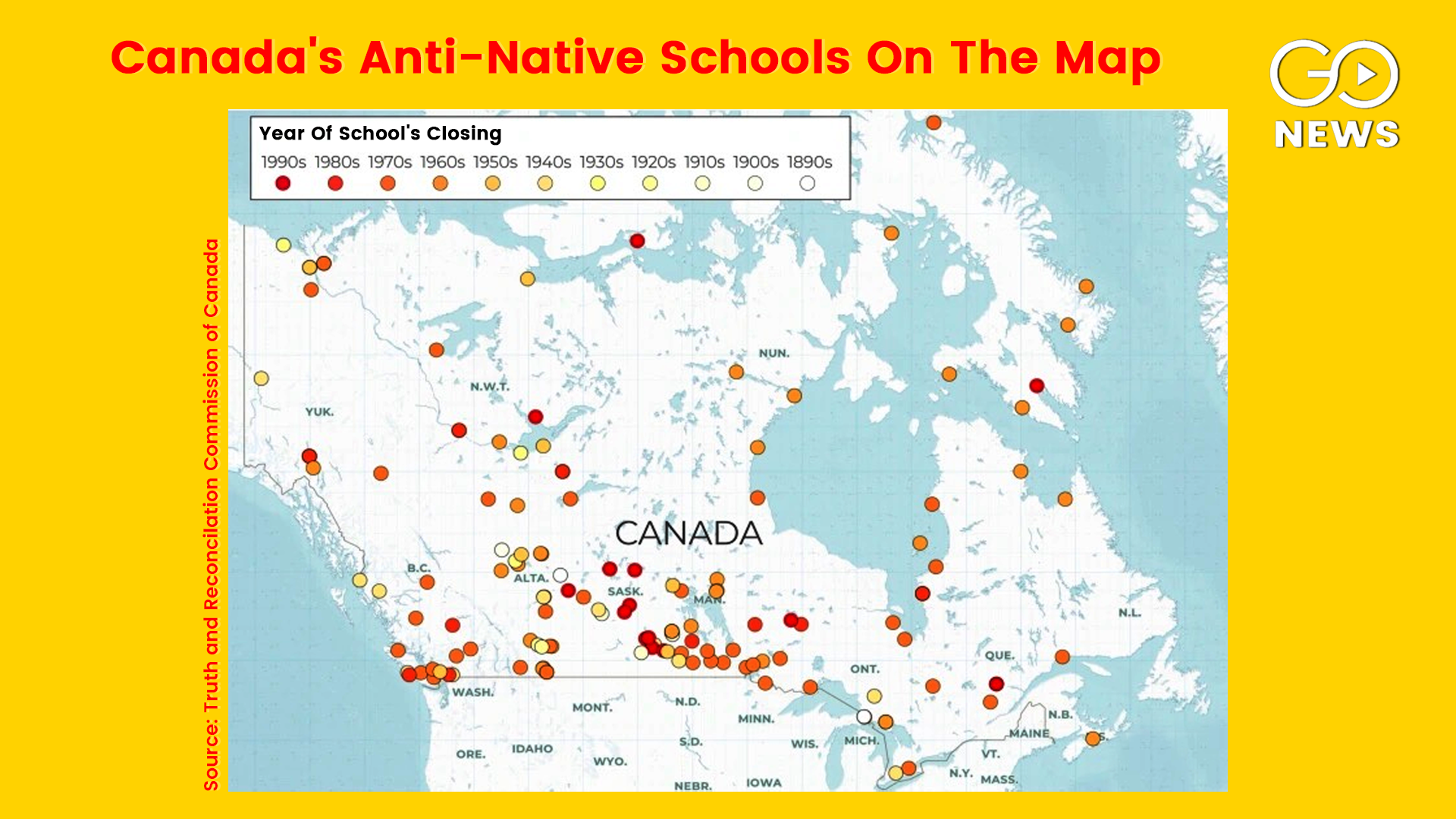 The United States has had around 365 similar ‘boarding ‘schools’ meant to “assimilate” the next generation of Native indigenous peoples. Canada is high on the list of countries with soft power, and it has cultivated an open, welcoming, and progressive image on the international stage, being one of the top destinations preferred by emigrants worldwide. The media glare on these historical injustices are not new but have dented this image.  In June, Prime Minister Justin Trudeau said in Parliament: “Saying sorry for the tragedies of the past is not enough… It is not enough for the children who died, for their families, or for survivors and communities. Only with our actions can we choose a better path.” Visit To Pope Frances In Vatican, Apology Sought A delegation of 25-30 First Nations, Inuit and Metis community members will meet privately with Pope Francis in the Vatican city. The theme of the delegation will be reconciliation between the Church and these communities. This was announced by The Catholic Bishops of Canada. The Pope has not issued a formal apology for the residential school system as of yet, and it has been sought since a long time. The PM of Canada Justin Trudeau officially recommended this to the Pope in 2017. What Were Residential Schools? Residential schools were mandatory for children of Indigenous communities from 1894 to 1947, administered by the Canadian government’s Department of Indian Affairs and a network of Churches. These were explicitly intended at isolating these children from their cultures and ‘integrate’ them into wider Canadian society. A document prepared for The United Nations Permanent Forum on Indigenous Issues (UNPFII) authored by Andrea Smith, states: “Indigenous peoples generally argue that the historic purpose of boarding schools was to assimilate indigenous peoples into the dominant society of which they lived. These schools were frequently administered in cooperation with Christian missions with the expressed purpose of Christianizing indigenous peoples" There have been various documented and anectodal evidences of widespread practices of physical, sexual, mental abuse and torture of children and adults of First Nations communities at these facilities. The above mentioned UNPFII document says further: “Conditions were deplorable in these missions and settlements with death rates often exceeding birth rates. Disease, malnutrition and sexual violence were commonplace”. The quality of “education” was poor and the ‘training’ was mostly focused on cultural assimilation and teaching domestic labour for white households. Abuse Of Children And High Death Rate Children were intentionally isolated from their families, severely restricted from visits and participating in their heritage in any way. They could only speak English or French on pain of severe punishments. Many suffered lifelong trauma and community leaders and activists say this has adversely affected their social lives throughout generations. At its peak, 30% of the total children of indigenous communities were in the residential school system. Scientific American has said that in 1907, officials found a death rate of 25%-69% in the attending children. Poor diets, ventilation, exposure to diseases and general neglect and abusive conditions impacted children’s ability to barely survive. Other than that, painful and torturous methods of ‘discipline’ were also used which impacted their wellbeing and lifespan at all levels. Truth And Reconciliation Commission And ‘Genocide’  The Truth and Reconciliation Commission along the lines of post-Apartheid South Africa was set up in 2008 after then Prime Minister Stephen Harper’s public apology on the Canadian government’s behalf. In 2015, a multi-volume publication with all related historical evidence was published. It was acknowledged that the residential school system amounted to “cultural genocide”.