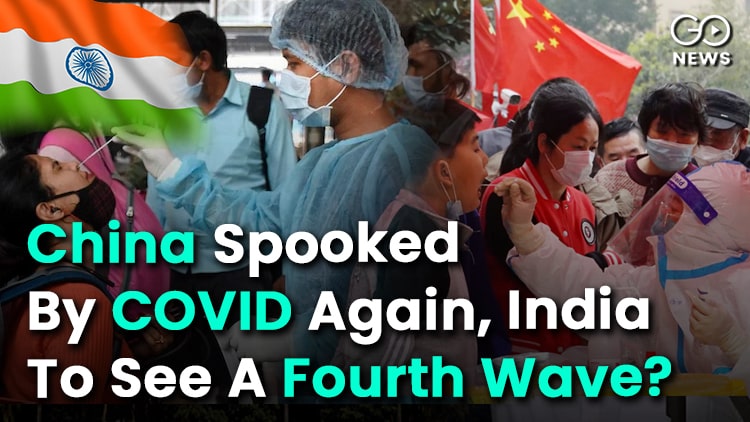 As the Covid-19 cases have surged again in China, nearly 30 million people were under lockdown across China on Tuesday.This lockdown will continue for a week. The lockdown, which came after virus cases doubled nationwide to nearly 3,400, will be accompanied by three rounds of city-wide, mass testing, according to a government notice. The measure, announced Sunday, followed earlier restrictions placed on Shenzhen’s central business district, and will last until March 20.
Also Read:
EPF Interest Rate Cut But Indian's Income Increased Negligibly From 2016!

All bus and subway systems were shut, and businesses, except those providing essential services, have been closed. Employees were told to work from home if they can. Residents will be barred from leaving Shenzhen -- home to the headquarters of giants Huawei Technologies Co. and Tencent Holdings Ltd., as well as one of China’s busiest ports -- except in limited situations. The virus cases prompted the return of mass tests and hazmat-suited health officials to city streets on a scale not seen since the start of the pandemic. China reported 5,200 new Covid-19 cases on Tuesday which is more than double on the previous day’s tally, as the highly transmissible Omicron variant spreads across a country that has tethered tightly to a “zero-civid” strategy. At least 13 cities nationwide are fully locked down on Tuesday and several other cities have partial lockdowns. The northeastern province of Jilin was the worst hit, with over 30,000 new cases on Tuesday, according to the National Health Commission. Shenzhen, the southern tech hub of 17.5 million people is currently locked down with many factories closed. Only essential services are operative in the city. Scenes of closed neighbourhoods, panic buying and police cordons cast back to the early phase of the pandemic, which first emerged in China in late 2019 but has eased in much of the rest of the world. In India a total of 2,568 fresh COVID-19 cases, marginally higher than yesterday, has been recorded, stated the Ministry of Health and Family Welfare. With the fresh cases, the total tally of COVID-19 cases rose to 4,29,93,494. The death count climbed to 5,15,877 with 27 fresh fatalities. The active cases comprise 0.08 per cent of the total infections, while the national COVID-19 recovery rate further improved to 98.72 per cent, the ministry said. Apart from this, Union Health Minister Mansukh Mandaviya stated on Monday that India will begin vaccinating children aged 12 to 14 years old on March 16 as part of an expansion of its COVID-19 immunisation coverage. Co-morbidity will no longer be a requirement for those aged 60 and up to receive a preventive dose. Booster shots are now available to everyone in that age range.

Covid vaccination for children in 12-14 yrs to begin this week; co-morbidity clause for administering precaution doses to senior citizens to be removed: Official sources

On Sunday, former US President Barack Obama was also tested positive for Covid -19.  Obama tweeted, "I've had a scratchy throat for a couple days, but I'm doing well overall." "Michelle and I are grateful to have been vaccinated and boosted, and she has tested negative." He also urged the people to get themselves vaccinated.

I just tested positive for COVID. I’ve had a scratchy throat for a couple days, but am feeling fine otherwise. Michelle and I are grateful to be vaccinated and boosted, and she has tested negative.

It’s a reminder to get vaccinated if you haven’t already, even as cases go down.

Despite a drop in infection rates in the US, with an average of approximately 35,000 illnesses over the previous week, down drastically from mid-January when it averaged near 800,000. According to the Centers for Disease Control and Prevention, 75.2 percent of adult Americans have been fully vaccinated, with 47.7% of those who have been fully vaccinated receiving a booster dose. In late February, the CDC revised its criteria for interior masking, taking a more holistic approach, which means that most Americans live in places where indoor masking in public is not recommended.