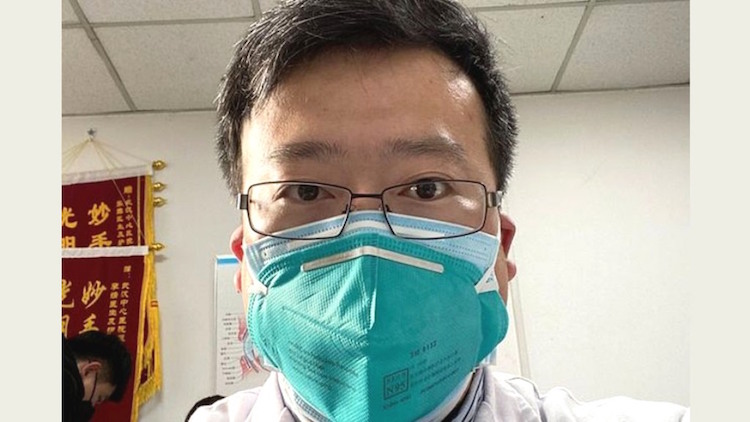 A Chinese doctor who tried to blow the whistle on the threat posed by the deadly Coronavirus outbreak died of the virus on Friday, triggering a massive outpouring of public mourning and anger towards the government online. Li Wenliang, an ophthalmologist at Wuhan Central Hospital, became known after he publicly revealed that he and seven others were admonished by the local police for “spreading rumours” about the coronavirus.

We deeply mourn the death of #Wuhan doctor Li wenliang, who unfortunately got infected with novel #Coronavirus while battling with the epidemic. After all-effort rescue, Li passed away on 2:58 am, Feb. 7. pic.twitter.com/mbYA3wB4pn

The death of Dr Wenliang led to Chinese media hail him as a “hero who was willing to speak the truth,” with some posting poems, photos and drawings saluting him.

Dr. Li Wenliang, one of the 8 whistleblowers of #WuhanVirus, died hours ago. Under #China's authoritarian rule, truth-tellers are disciplined for "spreading rumors". Unfortunately, #XiJingping and #CCP never learn, as China censors and clamps down on #coronavirus coverage AGAIN. pic.twitter.com/1Zt8ewWhsP

The World Health Organisation in a tweet said, ”We are deeply saddened by the passing of Dr Li Wenliang. We all need to celebrate work that he did on 2019-nCoV". The outbreak showed no sign of letting up. In China alone, 636 people have died of the virus out of some 31,161 infected. Meanwhile, 61 people have tested positive for the virus on a Japanese cruise ship — the Diamond Princess —whose 3,700 people on board are under a two-week quarantine. Another cruise ship with 3,600 passengers — the World Dream — is being screened in Hong Kong after eight people on an earlier trip carried the virus. None have tested positive so far.
TAGS

By Sidharth Pandey 17 hours ago