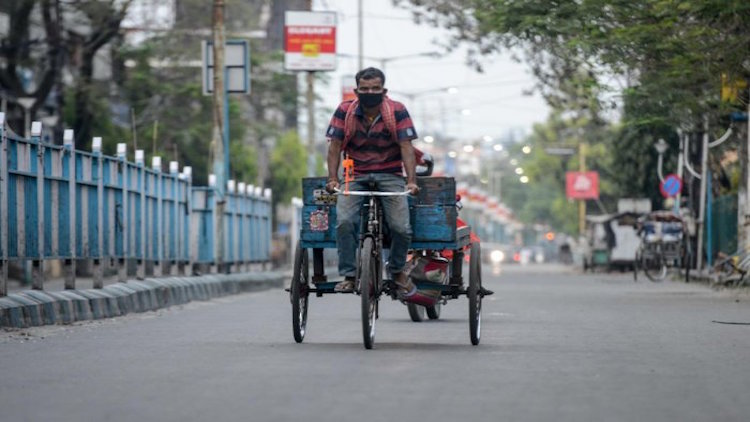 The human civilisation is dealing with the lockdown restrictions for the first time in its modern epoch. Along with the mounting challenges of the coronavirus, the duration of this lockdown is also increasing and people are at the tip of their patience. While several countries have announced all kinds of relaxations in the lockdown, protests are taking place in other countries asking the government to ease restrictions. Also Read: Uttarakhand Woman Built Terrace Garden Out Of Household Waste

The first case of the coronavirus had been reported in China’s Wuhan city in mid-December 2019. The Chinese government announced a lockdown here on January 23, which was extended for two months and two weeks. Amid this, within a few days, several European countries, Britain and the United States also imposed lockdowns. India is currently experiencing the world’s biggest lockdown, which has been extended thrice and people are stuck inside their homes for the past 40 days. Some concessions have undoubtedly been granted in Lockdown 3.0 but a majority of the citizens in a country with a population of 138 crore has been asked to stay inside their homes for the next two weeks.  Concessions in lockdowns are being given in countries where the coronavirus cases are declining and life seems to be getting back on track. South Korea has set a precedent in front of the world in dealing with the coronavirus. After China, South Korea had the largest number of cases of the contagion but now life is fast returning to normal here.

South Korea's professional sport returns to action after the #coronavirus shutdown with the opening of a new baseball season, while football and golf will soon follow suit in a ray of hope for suspended competitions worldwide https://t.co/go2IdapEAc pic.twitter.com/OIujGOtjgz

Baseball players have reached stadia and football and golf players will also take up their respective sports soon. The United States is the new epicentre of the coronavirus, where the highest number of deaths (69,000) has taken place. New York City is also withstanding several restrictions and the famous Broadway theatres here have been shut since March 12.

New York's celebrated Broadway theaters have been shuttered since March 12 and may well not reopen before September. The very real fear is that with no public funding to help them weather the crisis, some theaters may never reopen https://t.co/OQ2QCHJnx5 pic.twitter.com/mjqL24tlNl

There is apprehension that due to the economic crisis, several Broadway theatres may not re-open now. After the US, the most number of deaths (29,000) took place in Italy but concessions in the lockdown are being granted here after nearly nine weeks.  Shopowners staged a protest in Italy’s Venice and demanded that business activities be started.

Storekeepers hold a flashmob protest demanding the reopening of shops and commercial activities in Venice, as Italy starts to ease its lockdown

Thailand is among those select nations which managed to save themselves from the coronavirus onslaught. Over here, 2,988 cases of the infection have come to light and 54 people have died so far.  The Thai government has given concessions to start some trading activities and restaurants have opened in Bangkok.

A woman eats in a Bangkok restaurant taking social distancing measures after the Thai government relaxed measures to combat the spread of COVID-19.

Thailand has begun easing restrictions by allowing some businesses to reopen

Along with restaurants, salons have also been opened in Thailand. However, thermal screening of all visitors is being conducted and special attention is being paid to social distancing.

VIDEO Thailand allows businesses such as restaurants and hair salons to reopen as long as social distancing is maintained and temperature checks are carried out pic.twitter.com/a8z2p5Fq3f

In Hong Kong, not a single case has been reported in the past two weeks. Here, the government has given concessions in restrictions but the famous Ocean Park has not been opened for the common people yet. At the Ocean Park, penguins are the major attraction for visitors and special vigilance was maintained to protect them during the coronavirus epidemic.

The Park has been closed for more than two months, as Hong Kong introduced measures to combat the #coronavirus.

The city has not recorded any local infections in two weeks pic.twitter.com/6dRk6FaZNt

In Yemen, which has been ravaged by wars for years, health services and their infrastructure has been decimated. Lakhs of people in this country are homeless and children are on the brink of starvation. The coronavirus has spread in this country too and 12 cases have been reported so far. Roads, bylanes and neighbourhoods are being sanitised here. The United Nations has warned that due to this pandemic, Yemen could find itself dealing with the biggest humanitarian crisis till date.

VIDEO Authorities in Aden sterilise streets in the city, but Yemen's healthcare system has been blighted by years of war that have driven millions from their homes and plunged the country into what the UN describes as world's worst humanitarian crisis pic.twitter.com/q423ruLLVY