COVID-19 Picks Pace Again In US, 93% Of New Victims Are Trump Voters 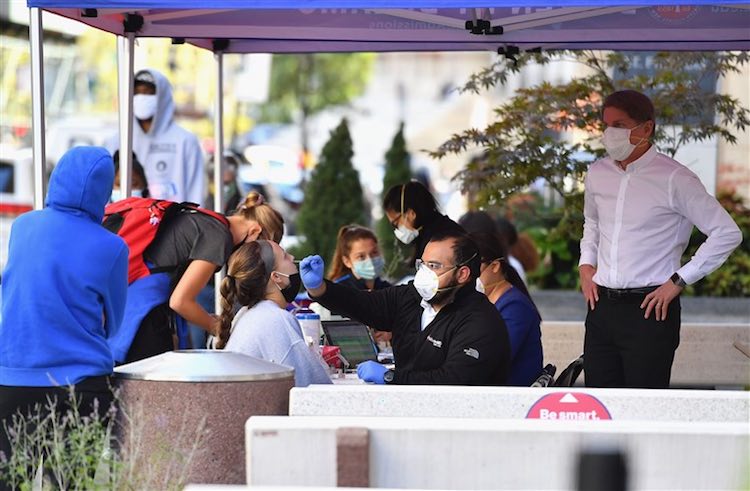 Out of 376 United States counties with the highest number of new coronavirus cases per capita, 93% of newly infected patients voted for Trump, according to an analysis. There is an increasing record in cases of coronavirus infection in the US. More than one lakh new patients are being reported each day while the death toll has increased since the US Election.
Also Read:
Indian Woman Arrested For Spitting On Cop During Anti-Trump Protests

According to a Forbes report, out of a total of 376 counties, 93 per cent of newly infected patients per person voted for Trump.  According to the report, cases of infection are coming more in rural counties — Montana, North Dakota, South Dakota, Nebraska, Kansas, Iowa and Wisconsin, where people voted fiercely on November 3. Next day, a record 108,352 cases were detected. On November 5, 118,319 newly infected patients were identified. As many as 1,210 patients succumbed to the infection on November 4, highest since September 15. Donald Trump has won in all six except Wisconsin. It is worth noting that President Donald Trump has been continuously claiming the end of Coronavirus. This is the reason why 36% of Trump voters described the pandemic as completely or mostly under control, while 82% Biden voters believe that the coronavirus pandemic is not at all under control. Citizens in pro-Republican states such as Alabama, South Carolina and Texas believe the infection is at least somewhat under control. Surveys show that voters approve top infectious disease expert, Dr Anthony Fauci’s way of handling the pandemic more than Trump’s. Among Trump voters, 53% approve of Fauci’s performance while 90% Biden supporters consider Fauci better.